We had a big milestone happen on Monday (6/24), Victoria joined the swim team. It’s only natural that this littlest McClelland join the summer swim team because she’s (literally) been on the pool deck since she was 1 week old. I’ll never forget leaving the hospital after having Victoria and driving right to our local pool club to see her 4 brothers swim. I joked with my husband, “She better get used to this kind of life!”

And she has throughout the last (almost) 6 years.

Everywhere we’ve gone on the swimming circuit, Victoria has been there, too. Even on the days she didn’t want to be, she had to come. We always joked that potentially chlorine was racing through her veins because she’s been so used to it since being a baby! 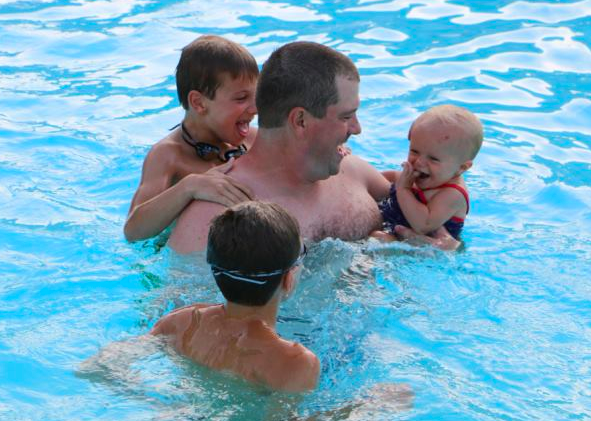 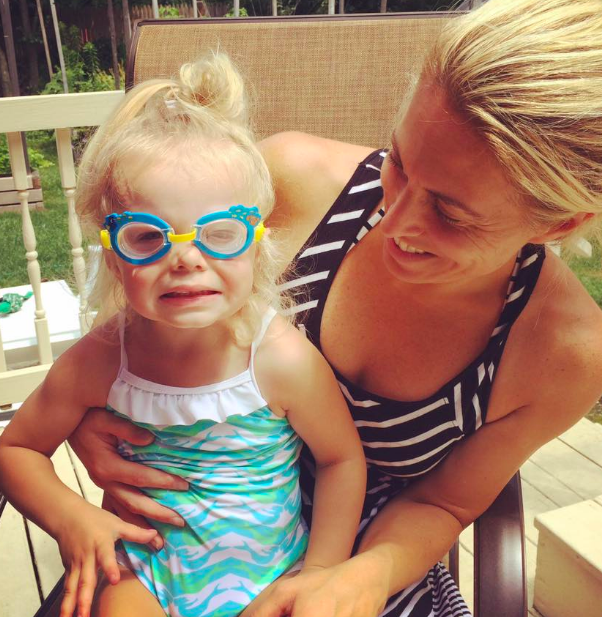 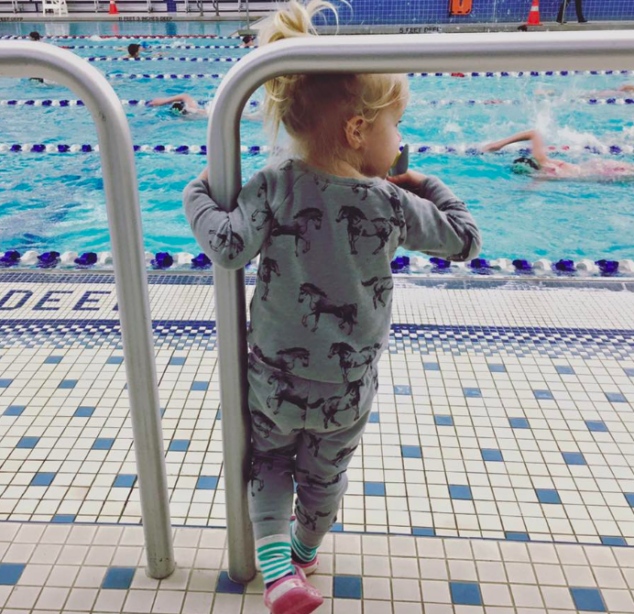 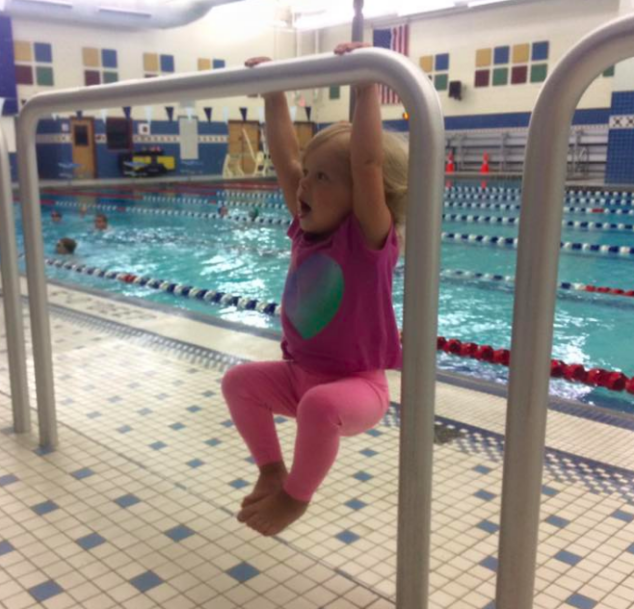 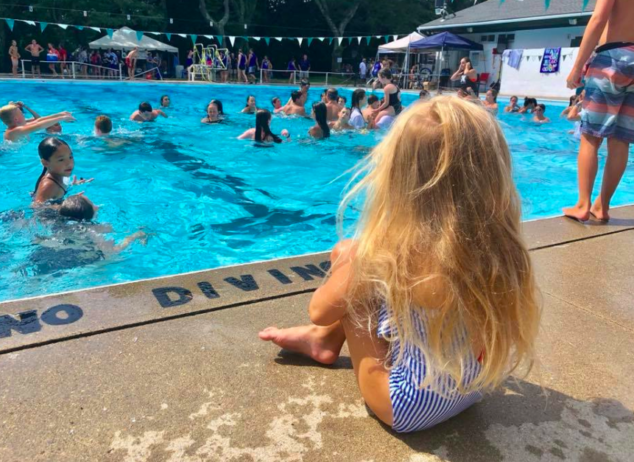 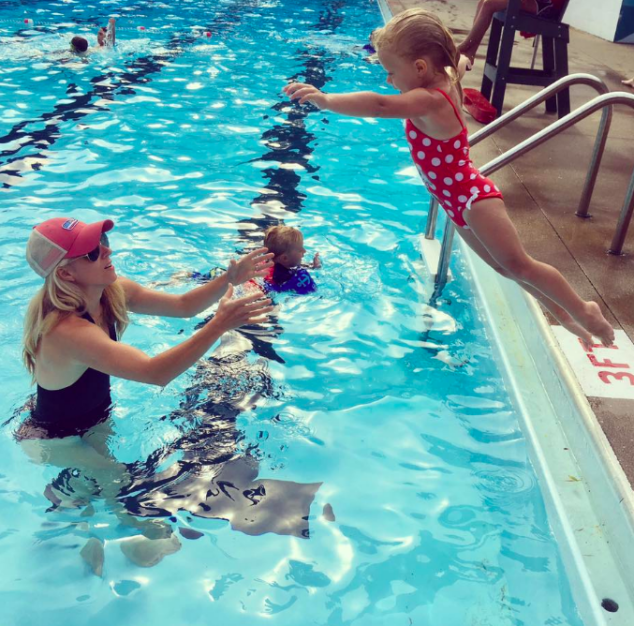 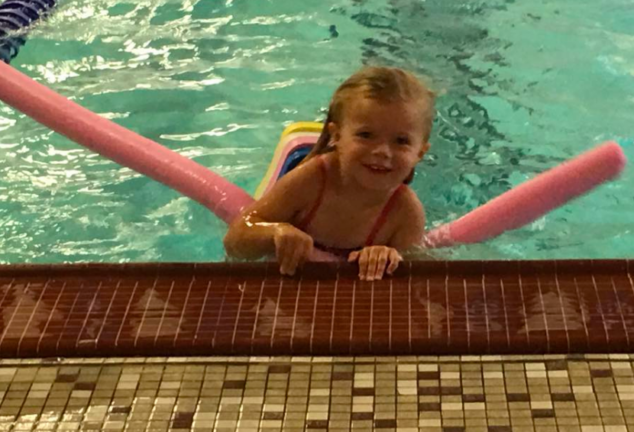 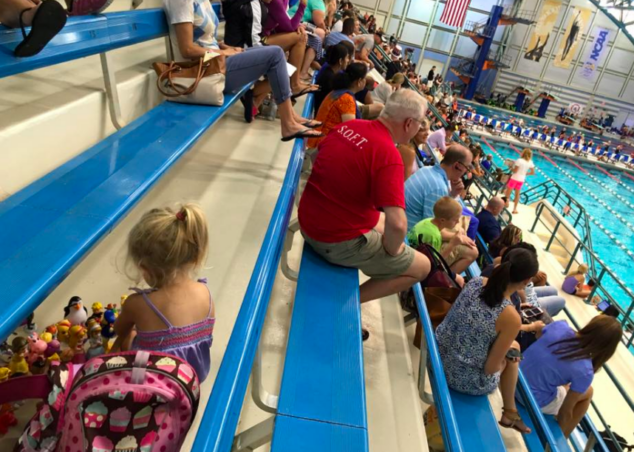 I had signed the all of the boys up for summer swimming when they were 5 years old. That was always my “age” for summer swim team. What I love about summer swimming is that as long as you can swim one lap (even with stopping) and aren’t scared to so it, you can join the team. It’s a great way for them to learn technique and skills. I love seeing the kids get excited about getting better and stronger as the summer progresses.

This summer I told Victoria that she was going to do the summer swim club swim team. She wasn’t exactly excited about, but I knew that once she got going – she would love it. I saw the same thing happen 4 times in a row with her big bros.

I’m going to be honest – she was terrified to start swimming. I think she thought she was going to eb SWIMMING like her big bros swim. I think she thought it was going to be lap after lap after lap of swimming. She would’ve hated that for her 1st time. It wasn’t a smooth morning, but she did it. She went to her very first day of swim team on her own and she did great! I was so super proud of her!!

Check out her full experience here!

We’re on to Day 3 and she’s smiling and excited for it to start! 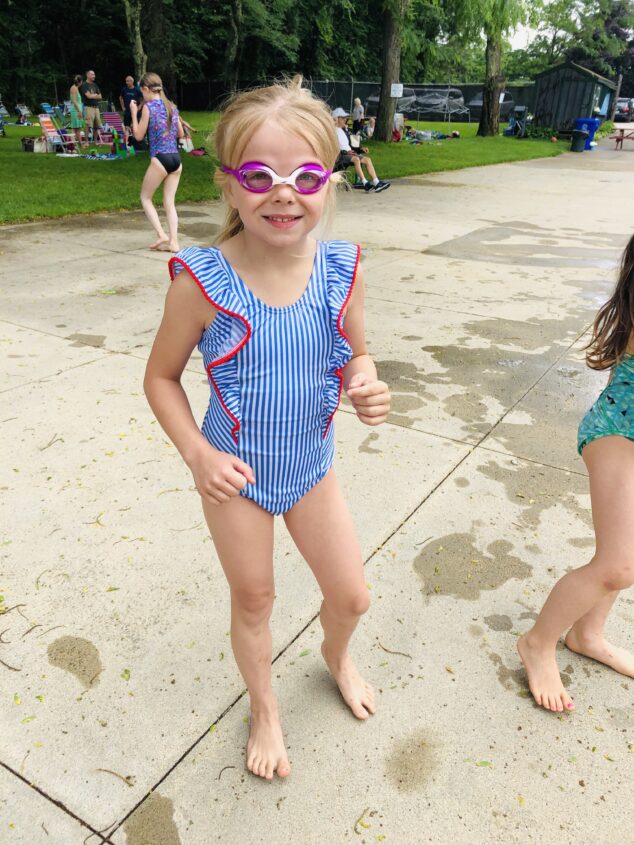 I don’t know if she’ll be as into it as her big bros, but it’s a life skill that I’m thrilled for her to have for the rest of her life!

Swim Team for the Summer – Why It’s a Good Decision