Pandora The World of Avatar at Animal Kingdom will officially open to the public on Saturday, May 27th. Yes, that’s right – in 2 days! I’ve been excited for Pandora The World of Avatar to make its debut in the Animal Kingdom since I first heard about it at D23 back in August of 2015 and then my excitement soared when I was invited to a special sneak peek of it this past February with a small group of bloggers. We were able to enter the world behind the wall, we just weren’t able to see much because so much construction was still taking place… but – it was incredible to see what was to come!

Pandora The World of Avatar at Animal Kingdom 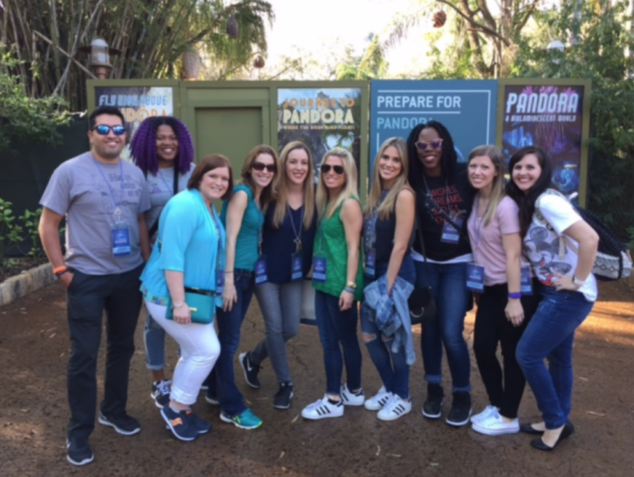 And then I got a fun press trip invitation in my inbox inviting me to view and explore Pandora:The World of Avatar the week of May 23-25th! My birthday was the 23rd, so I rolled this fun press trip into a birthday celebration, too! I have been waiting so long for this debut that I can’t believe it’s already here and I’ve already explored it!

Pandora The World of Avatar is an out of this world extraordinary experience based on the 2009 James Cameron hit movie Avatar! The cool thing was researching how Pandora came to be, I’m always interested in the beginning of something, especially something to this scale! 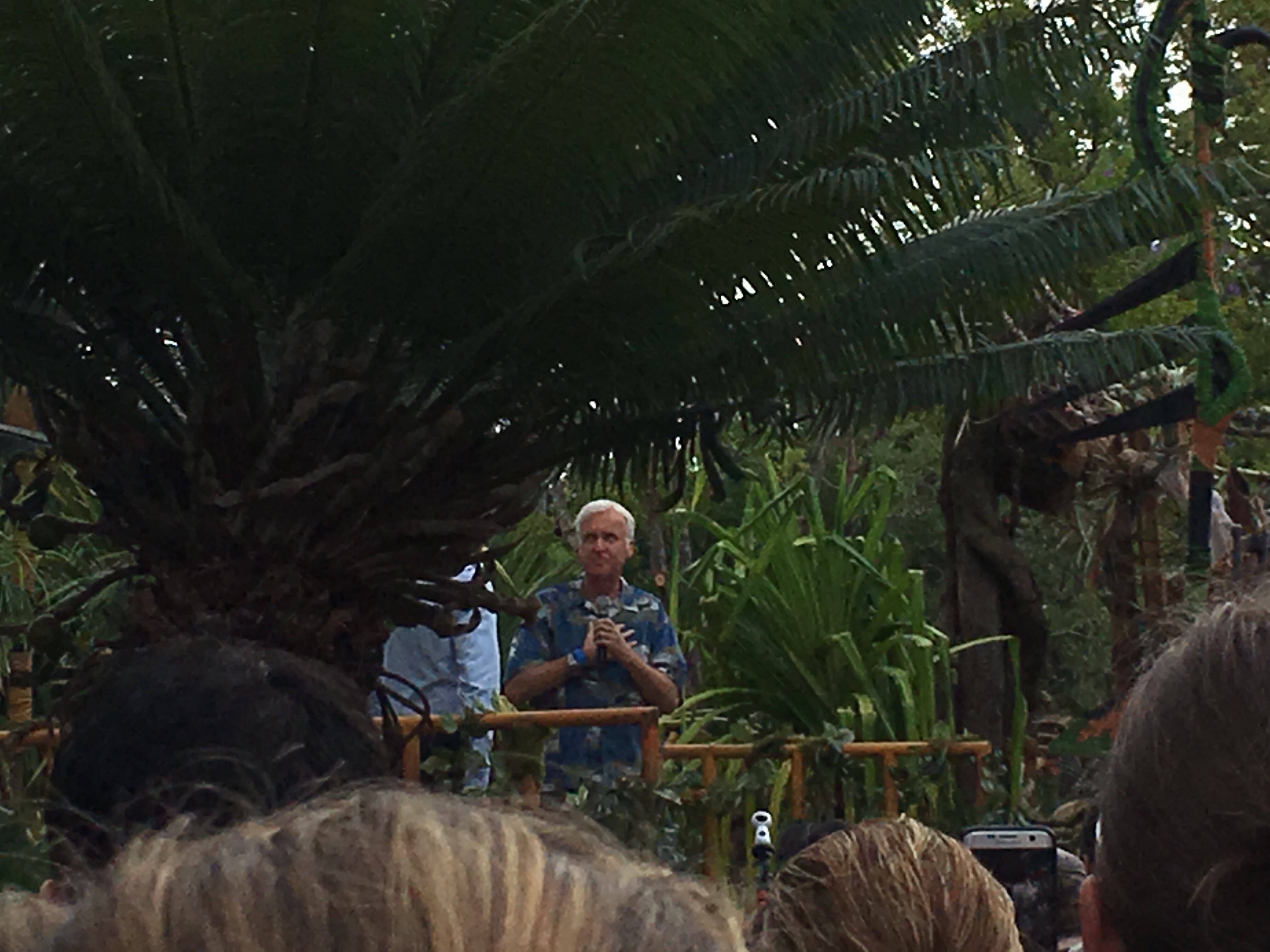 In early 2011, James Cameron was approached by The Walt Disney Company’s chief executive officer, Bob Iger, regarding the possibility of Avatar-themed attractions at Walt Disney Parks and Resorts properties. Originally, discussions were held about creating an Avatar-themed attraction at Disney’s Hollywood Studios, perhaps at the park’s then-functioning Studio Backlot Tour. Tom Staggs suggested incorporating the film into a newly designed “land” at Disney’s Animal Kingdom to improve the park’s attraction roster. Cameron was initially surprised at Disney’s approach in scope, commenting that “Disney’s vision when they came to me was to create a land. I thought we were going to be talking about creating an attraction.” 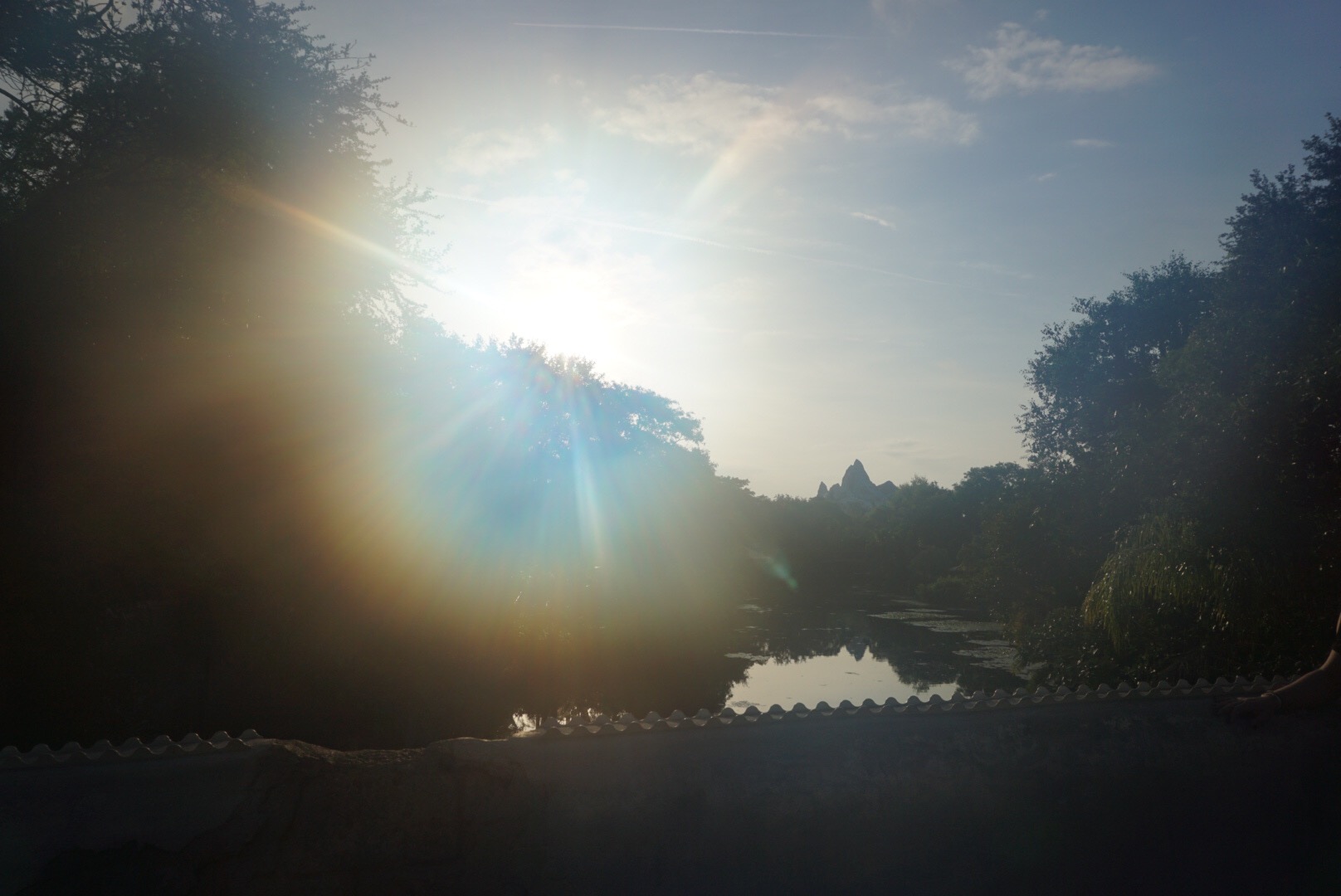 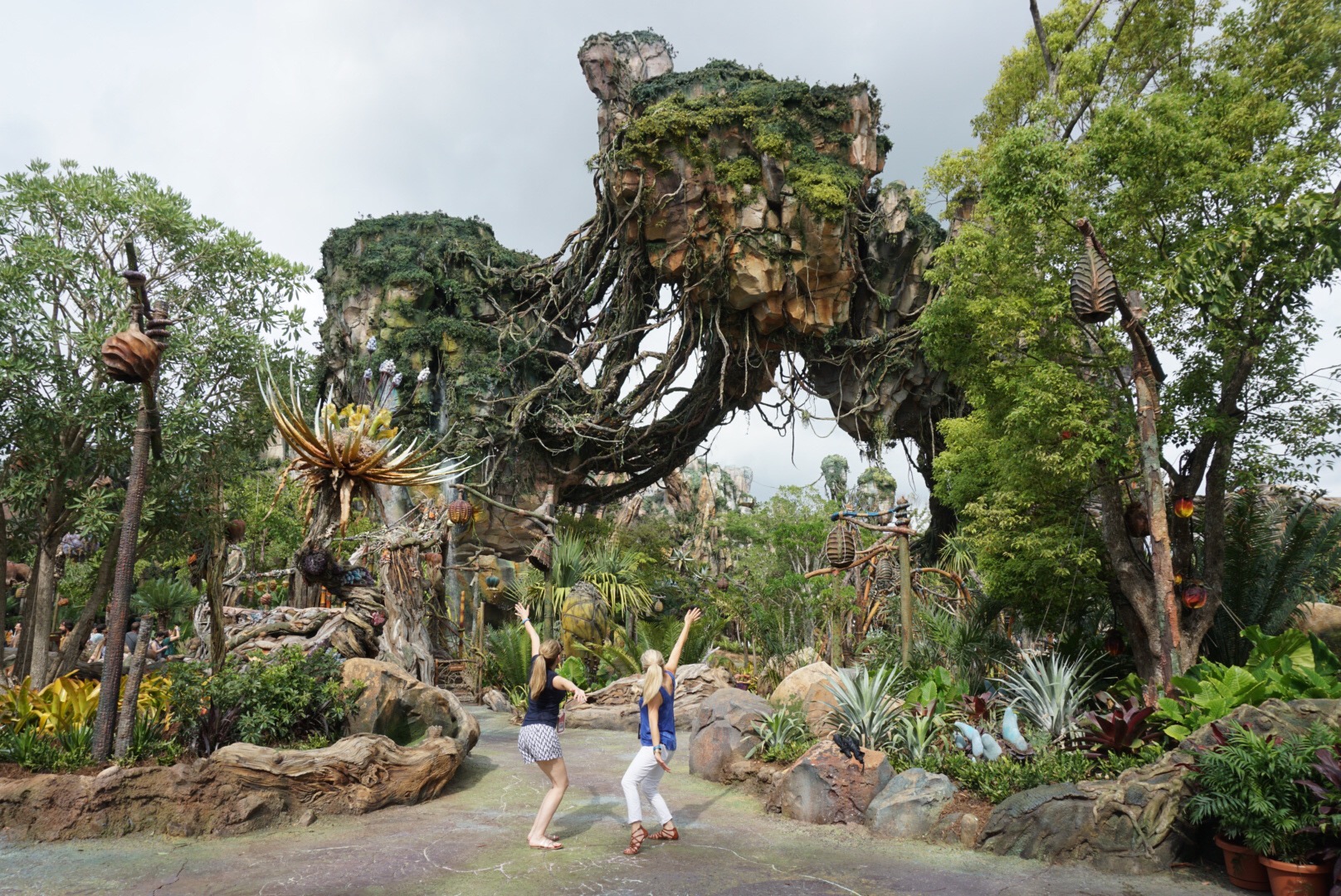 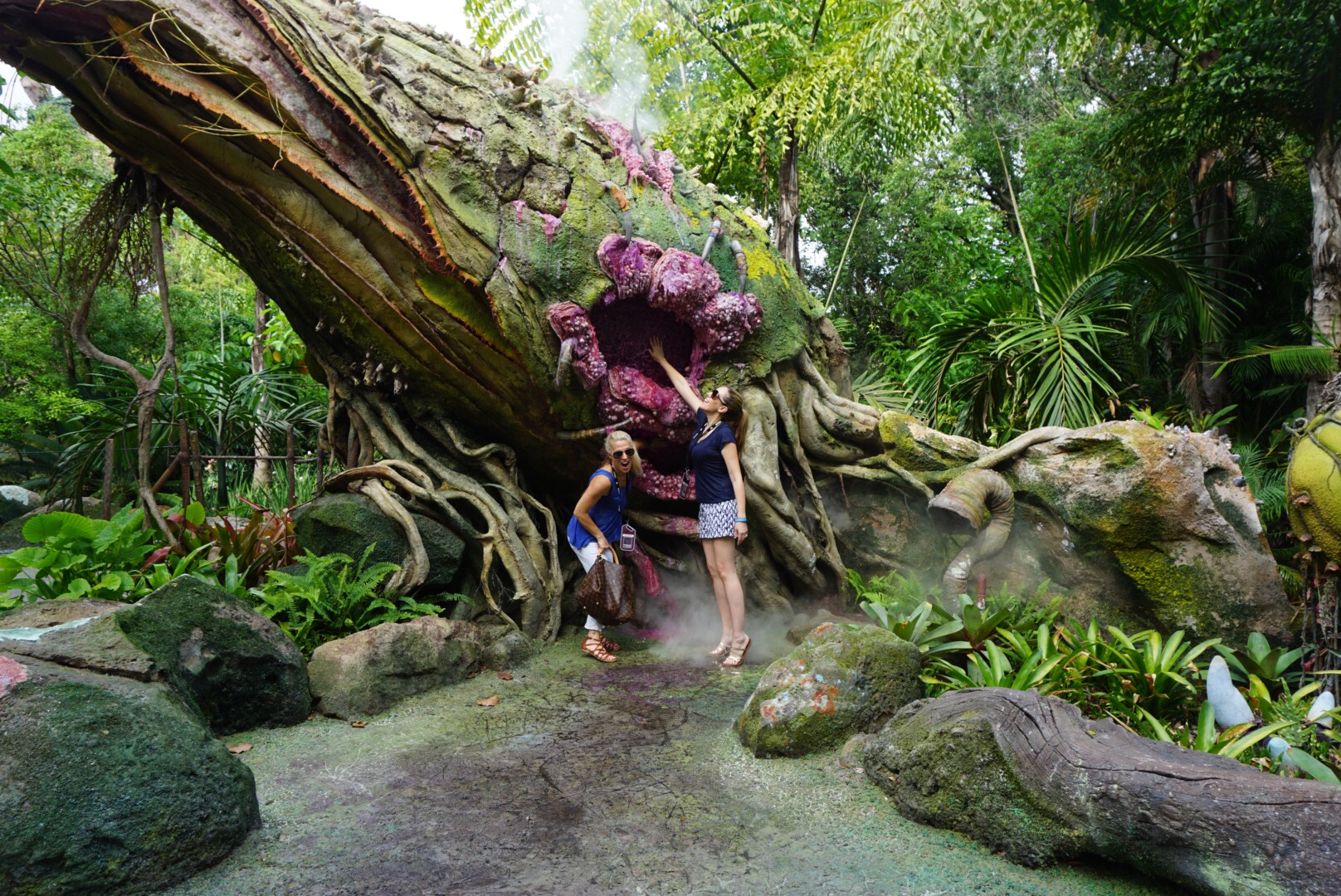 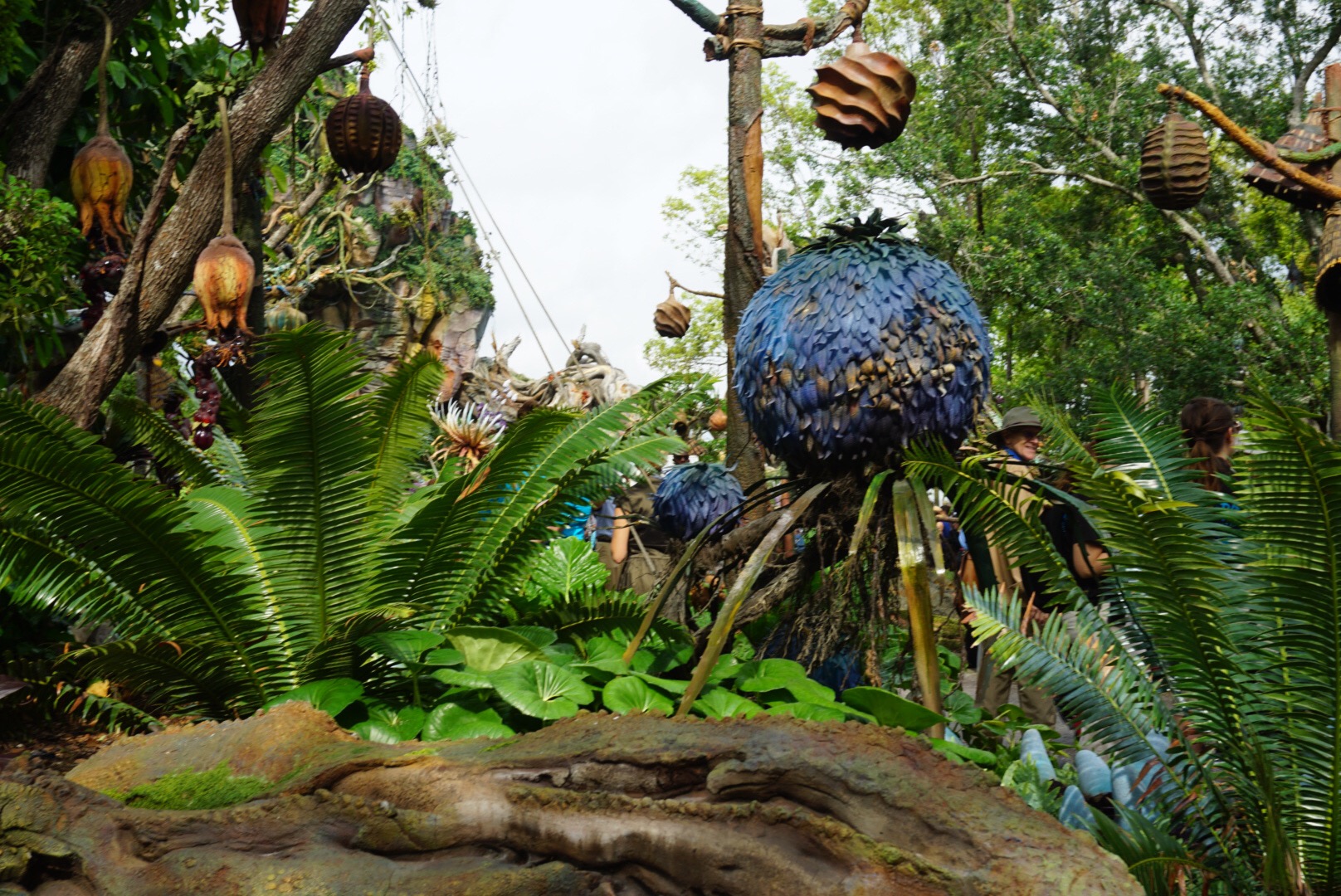 Pandora brings a variety of new experiences to Animal Kingdom, guests journey into the magnificent world of Pandora in the new AVATAR-themed land – a world that includes floating mountains, a bioluminescent forest and the winged creatures known as Banshees, giving guests a transformational experience that they will never forget. 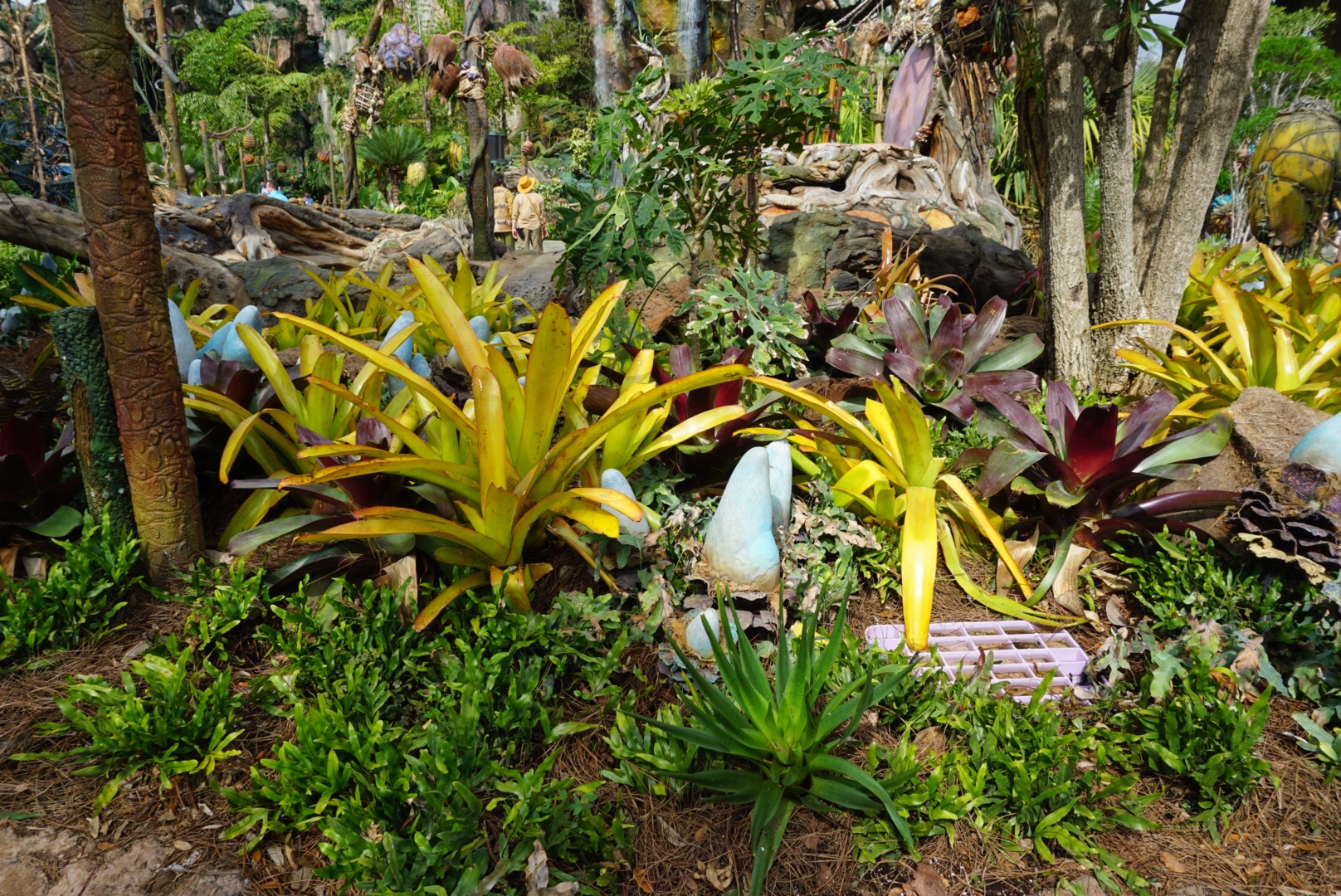 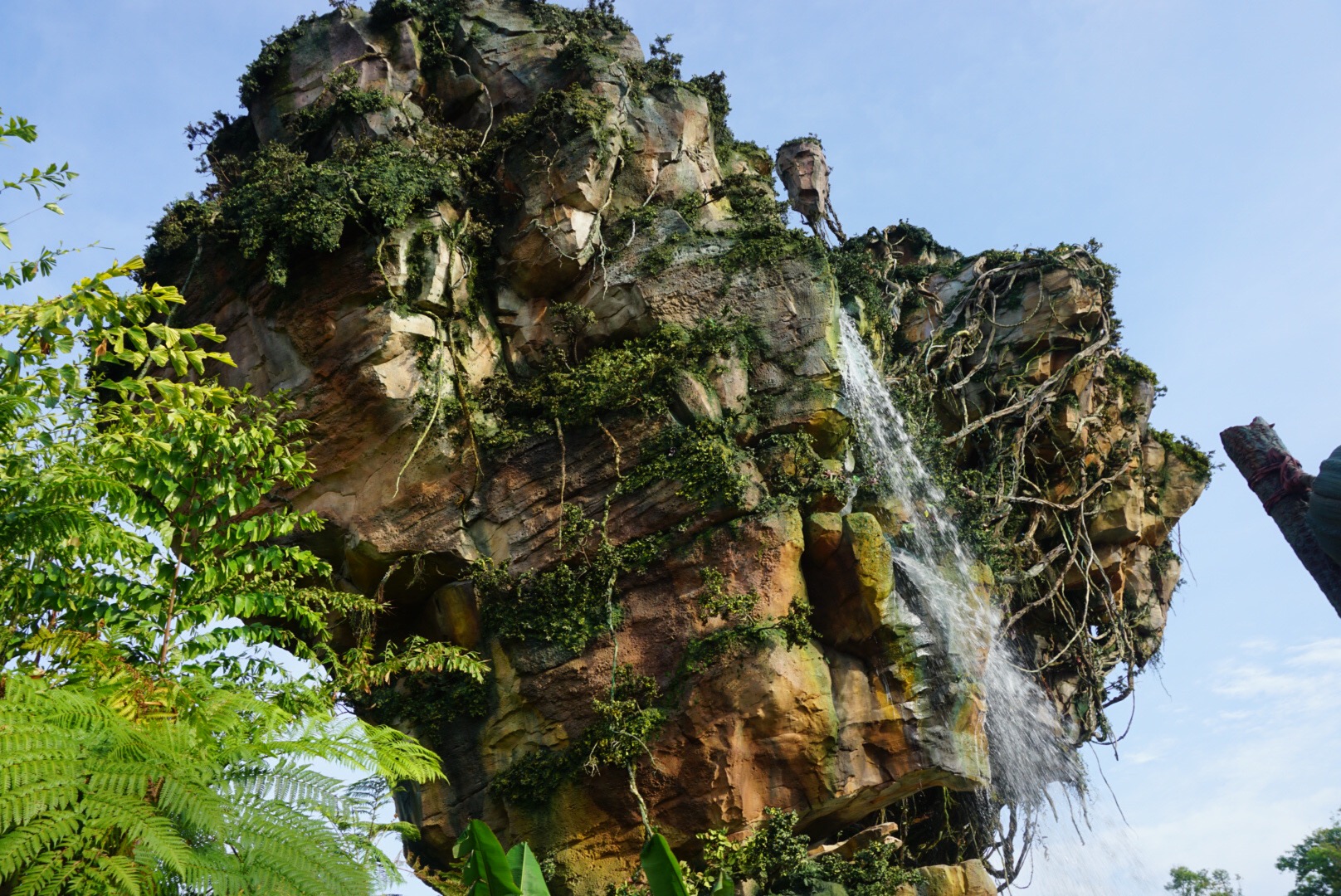 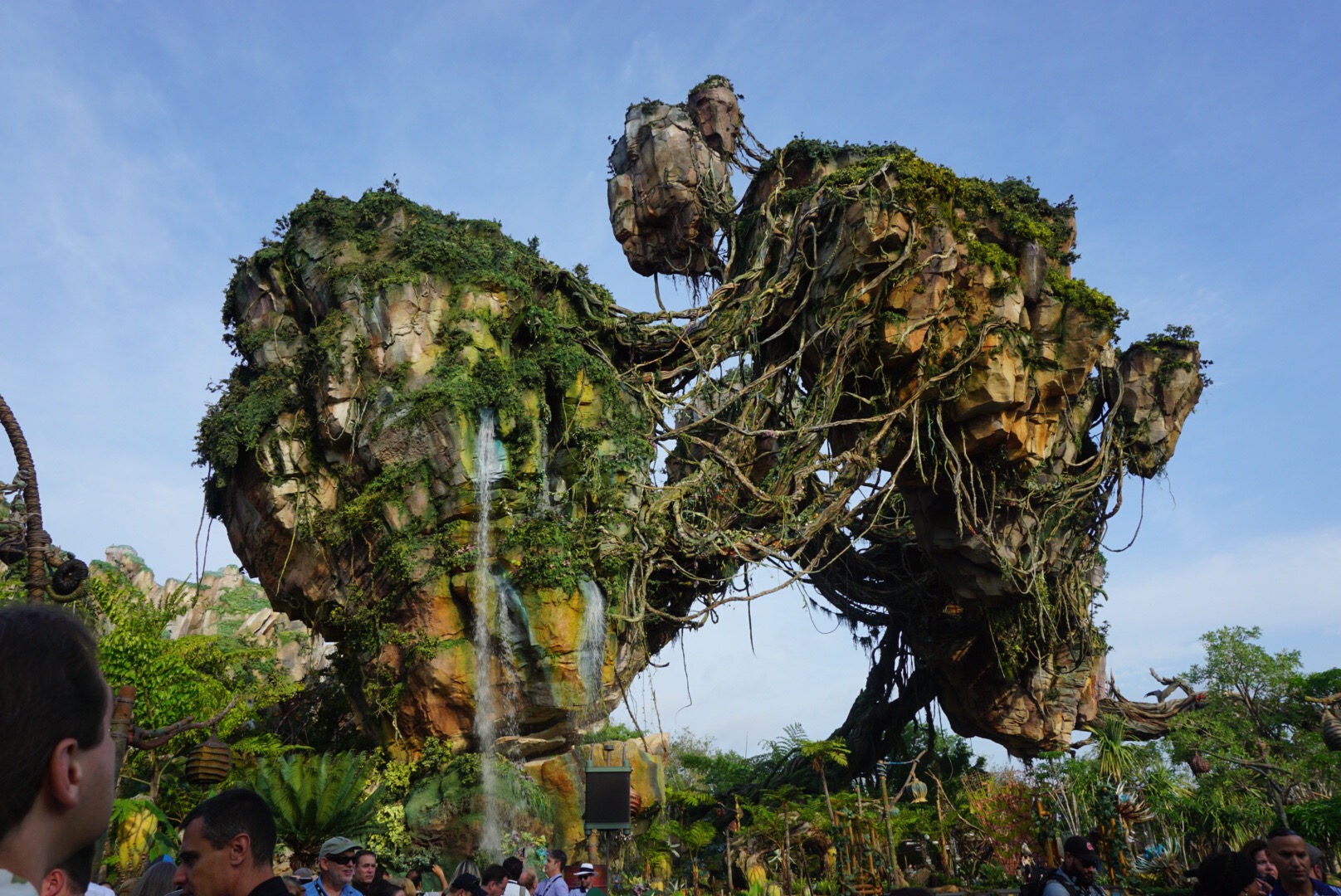 So what can you ride while visiting:

There are 2 rides that will entertain you and truly transform you into the world of Avatar – Na’vi River and Avatar Flight of Passage. 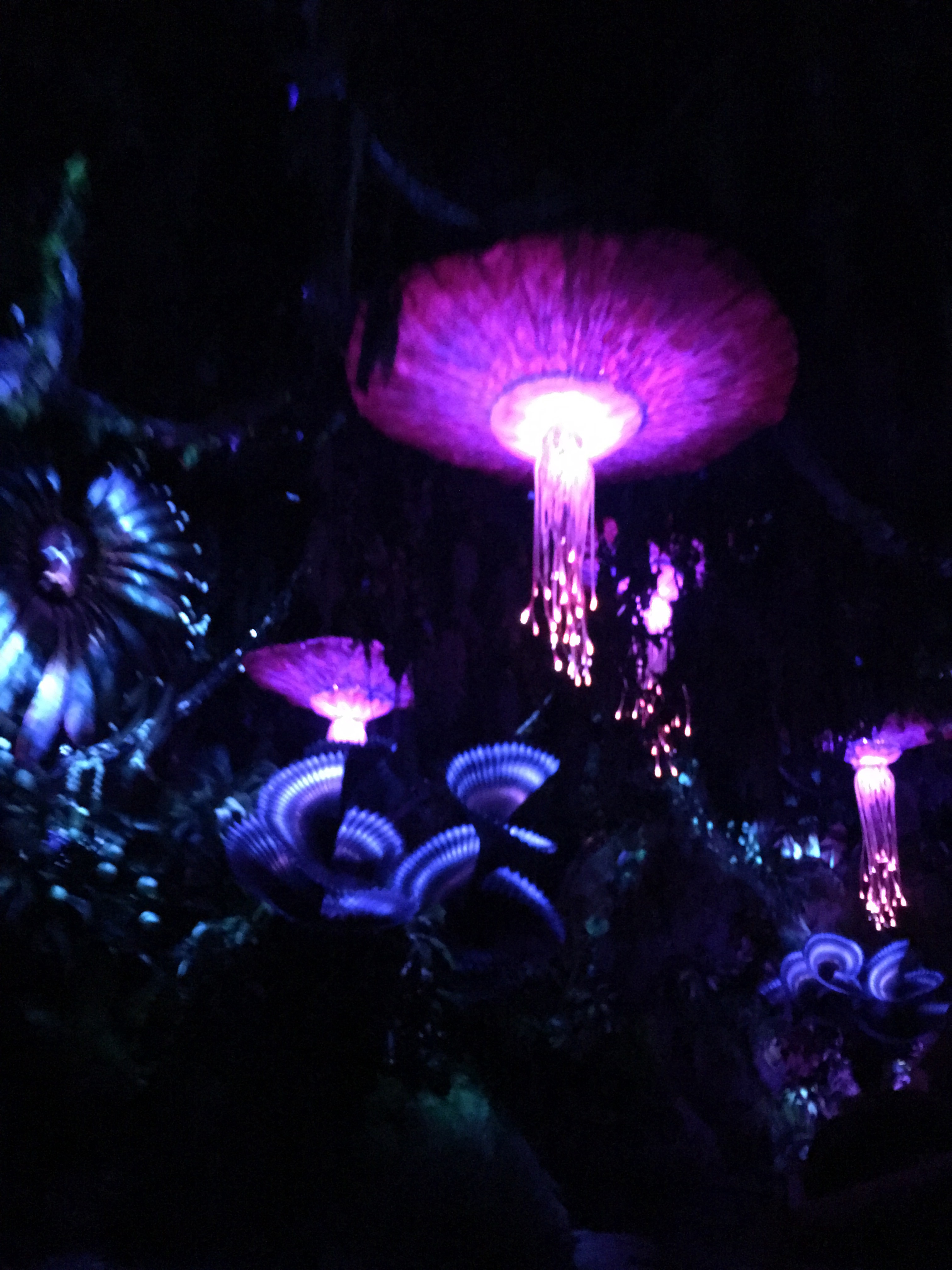 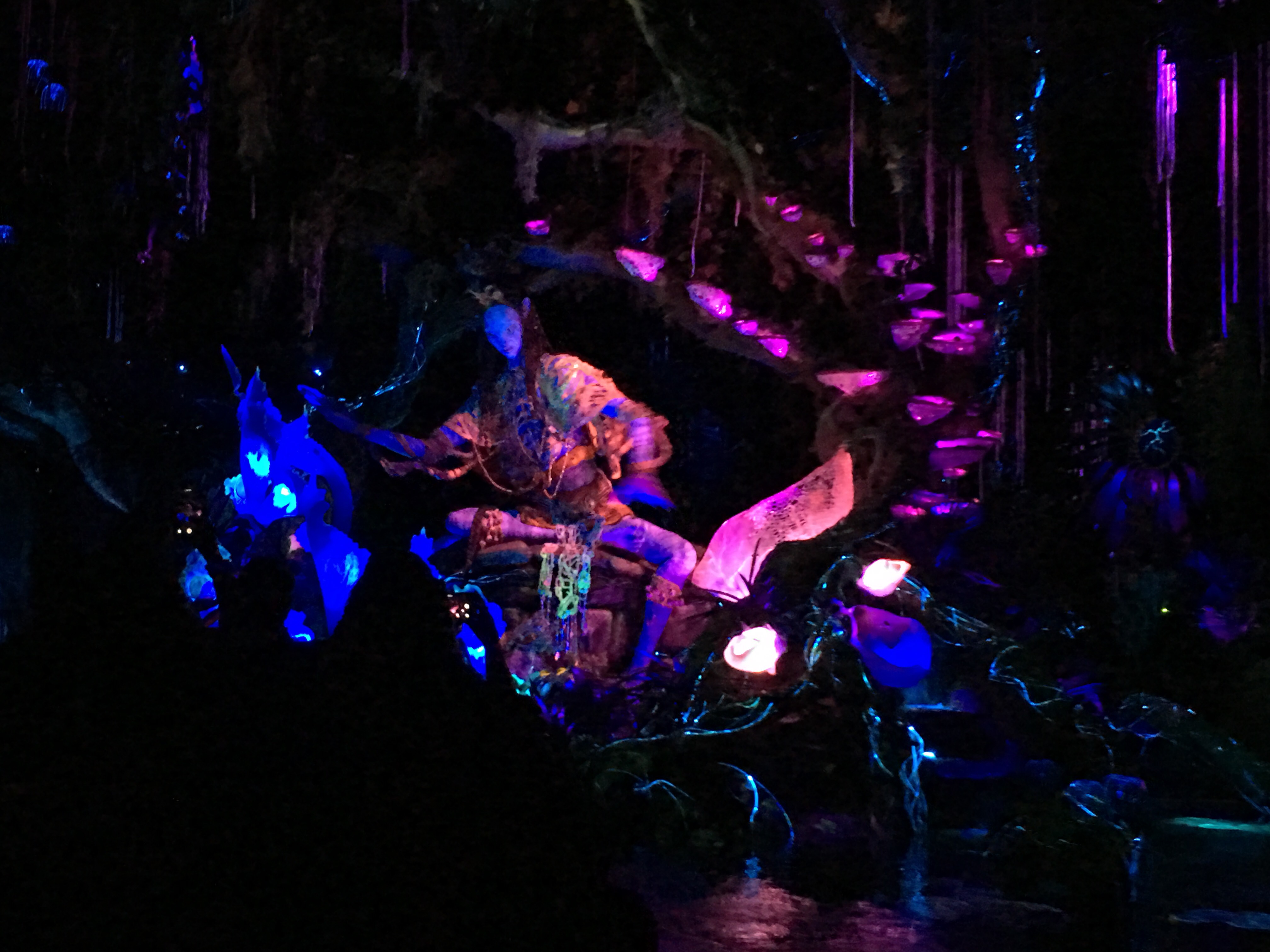 Let me start off with Na’vi River Journey because this is a spectacular family-friendly ride that will leave you wanting to go over and over and over again! I wasn’t sure what to expect as we waited in line, which is the beauty of discovering a new land at Disney. The second I entered our boat, I knew it was going to be magical!

Glide down a gentle, mysterious river and feel a sense of wonder as the full beauty of Pandora reveals itself. Located within the Valley of Mo’ara, Na’vi River Journey offers explorers an experience that has to be seen—and heard—to be believed!

As your expedition begins, climb aboard a reed boat and drift downstream. After coasting through a series of caves, and passing by exotic glowing plants and amazing creatures of the rainforest, you’ll soon find yourself face-to-face with the Na’vi Shaman of Songs.

The adventure comes to a conclusion as the Shaman demonstrates her deep connection to the life force of Pandora—and sends positive energy out into the forest through the power of her music!

The second I got off, I told Vera that that ride was my yoga… I truly came off feeling peaceful, centered and relaxed. It’s that kind of incredible ride to explore with your family. I also love that with 5 kids I can go on it with everyone, that’s a HUGE perk to me. 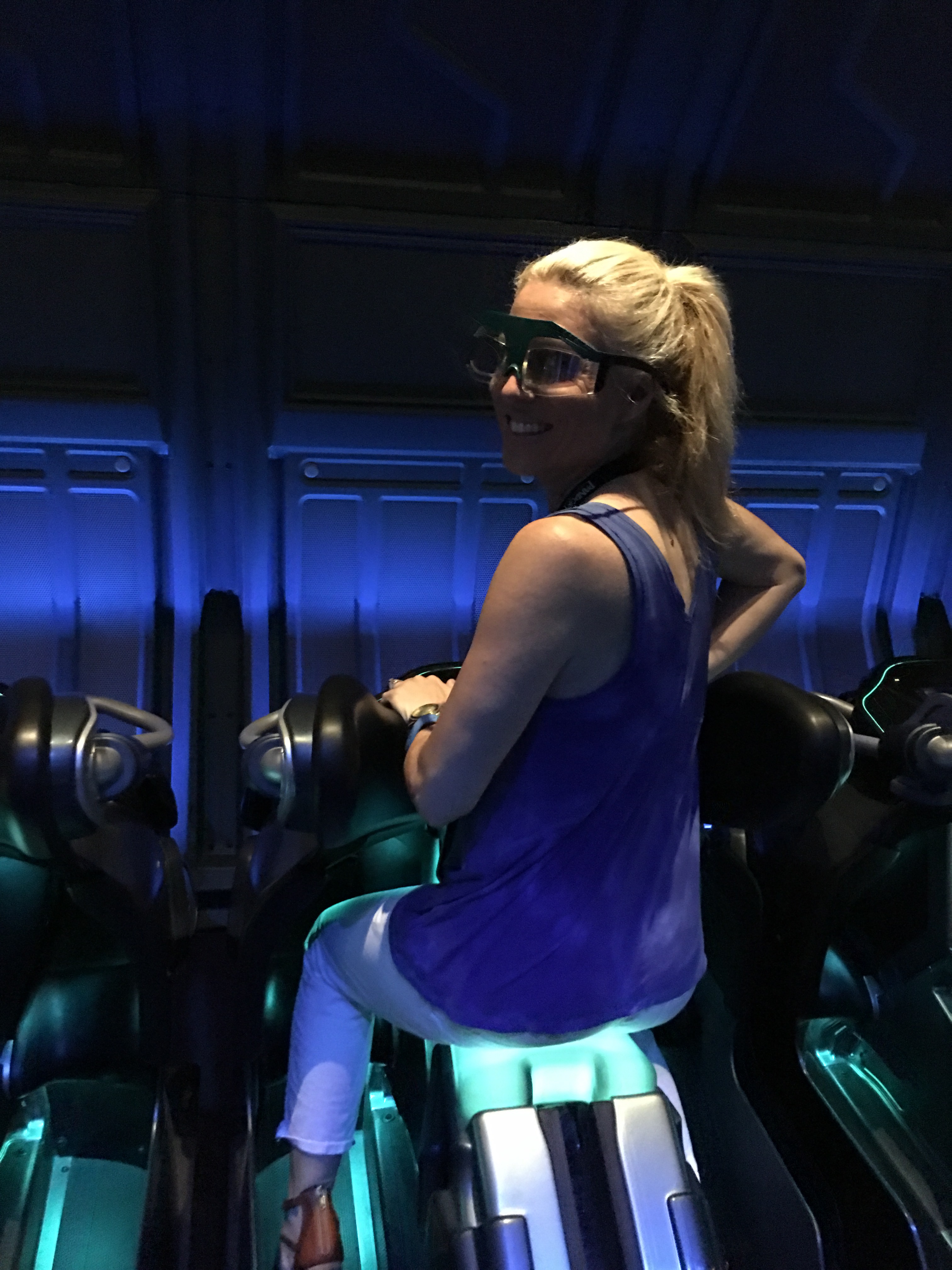 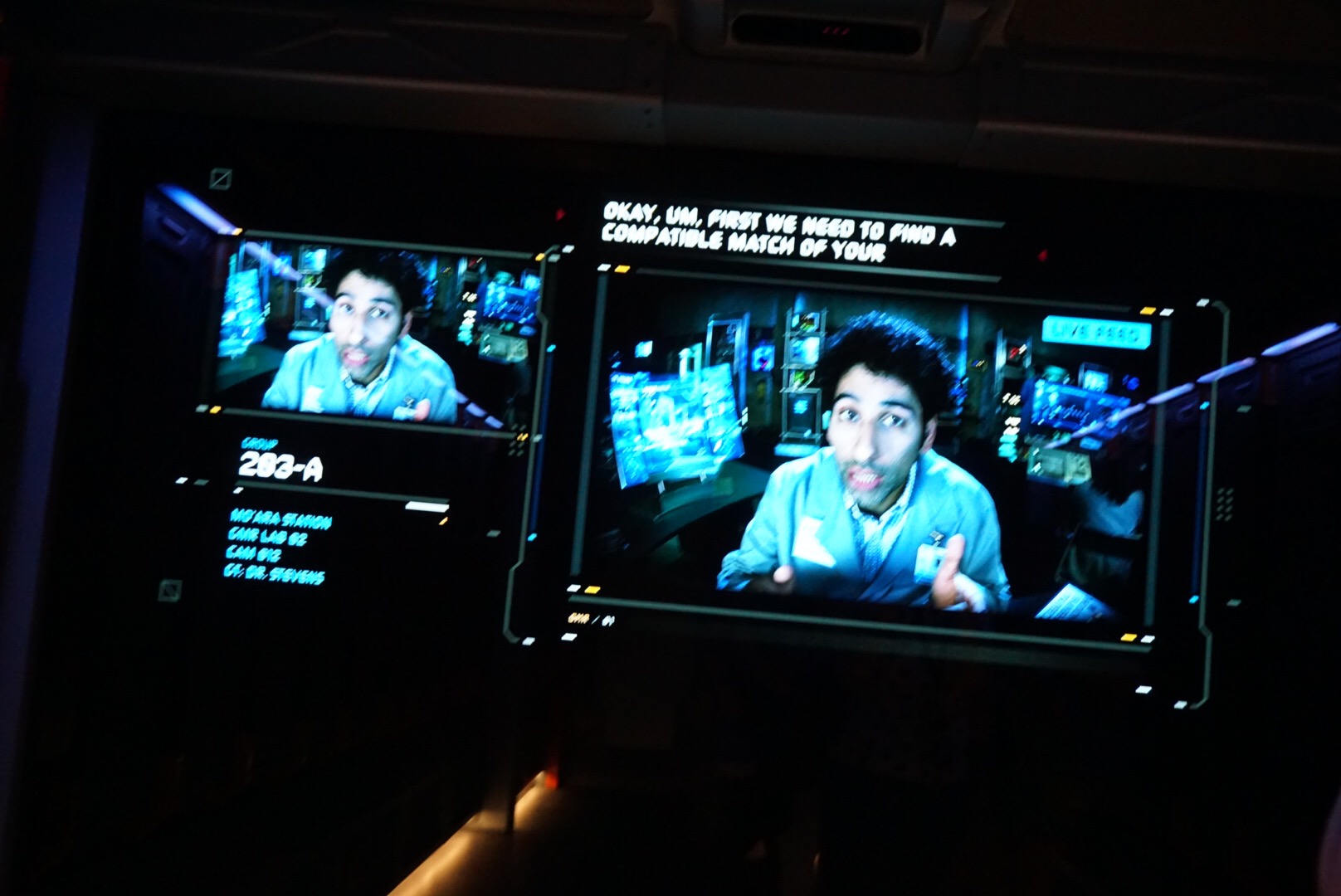 Next up – Avatar Flight of Passage! Talk about one of the most thrilling and incredible rides at Disney Parks. I’m scared when it comes to any ride that I think will leave me with a falling sensation, so I almost didn’t try this one! Thank goodness I didn’t give into my fears because this ride is not like that at all. It’s absolutely amazing and I know that this will certainly be a centerpiece for Animal Kingdom for years to come! You are literally soaring on a Banshee over a vast alien world. This spectacular flying experience gives guests a birds-eye view of the beauty and grandeur of the world of Pandora on an aerial rite of passage.

Get a banshee’s-eye view of the beauty and grandeur of Pandora on a rite of passage you won’t soon forget!

Deep in the heart of the Valley of Mo’ara, discover Avatar Flight of Passage—an all-new expedition that lets interstellar explorers like you climb atop a mountain banshee for a breathtaking, first-person flight over the moon’s incredible landscape.

Bonding with a mountain banshee is a crucial step in the life of a Na’vi hunter—and flying on the back of one of these powerful winged creatures represents an important rite of passage.

Now, as a visitor to Pandora, you’ll finally have the chance to test yourself in a similar way!

I’m telling you, this is THE ride you must experience. Make sure you add this to your Disney Bucket List because it will certainly be worth it for you!

And truly, for me it was experiencing the land and taking it ALL in during our experience yesterday. We had the opportunity to see the land during the day and at night and it’s equally as stunning. 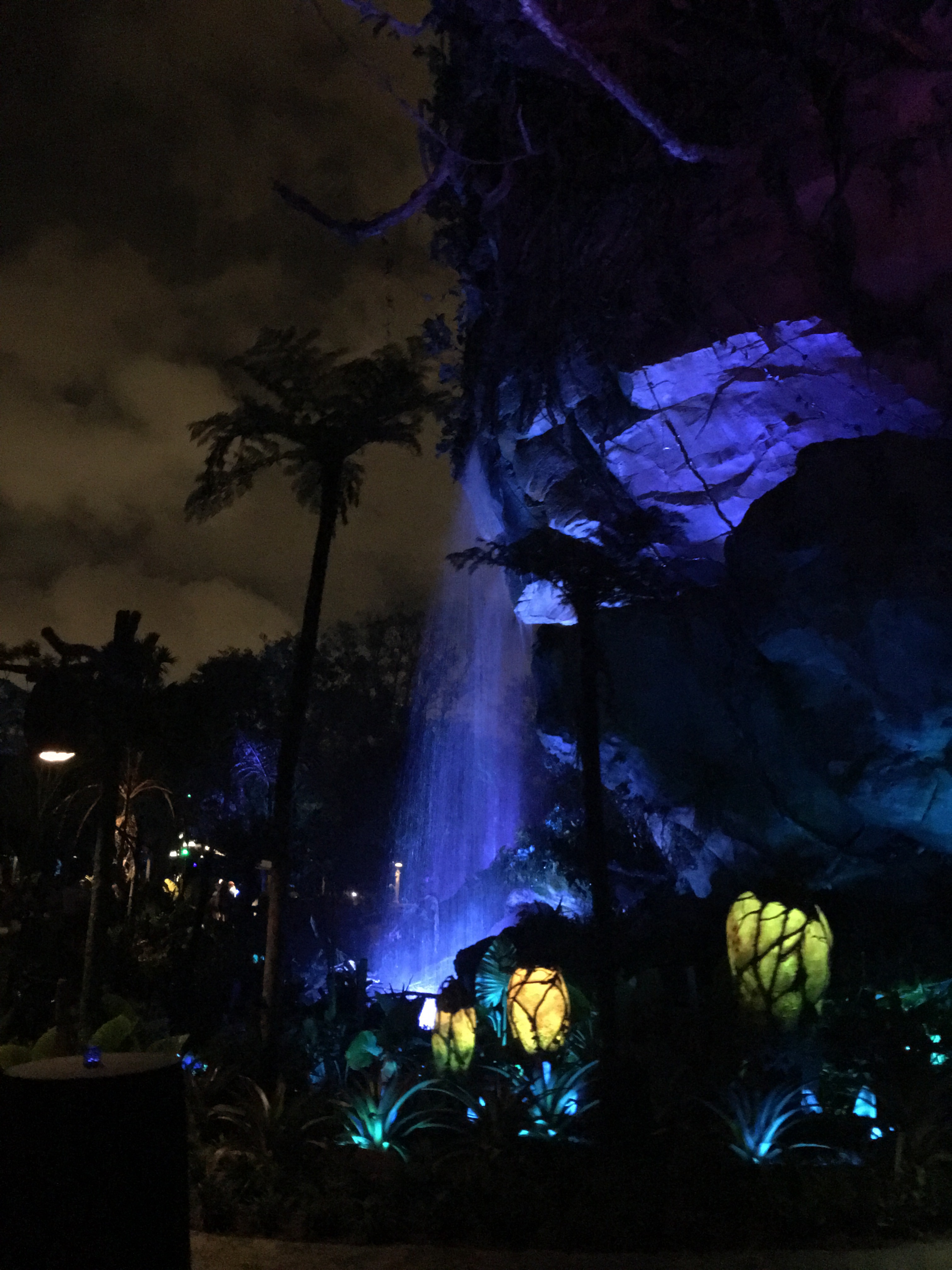 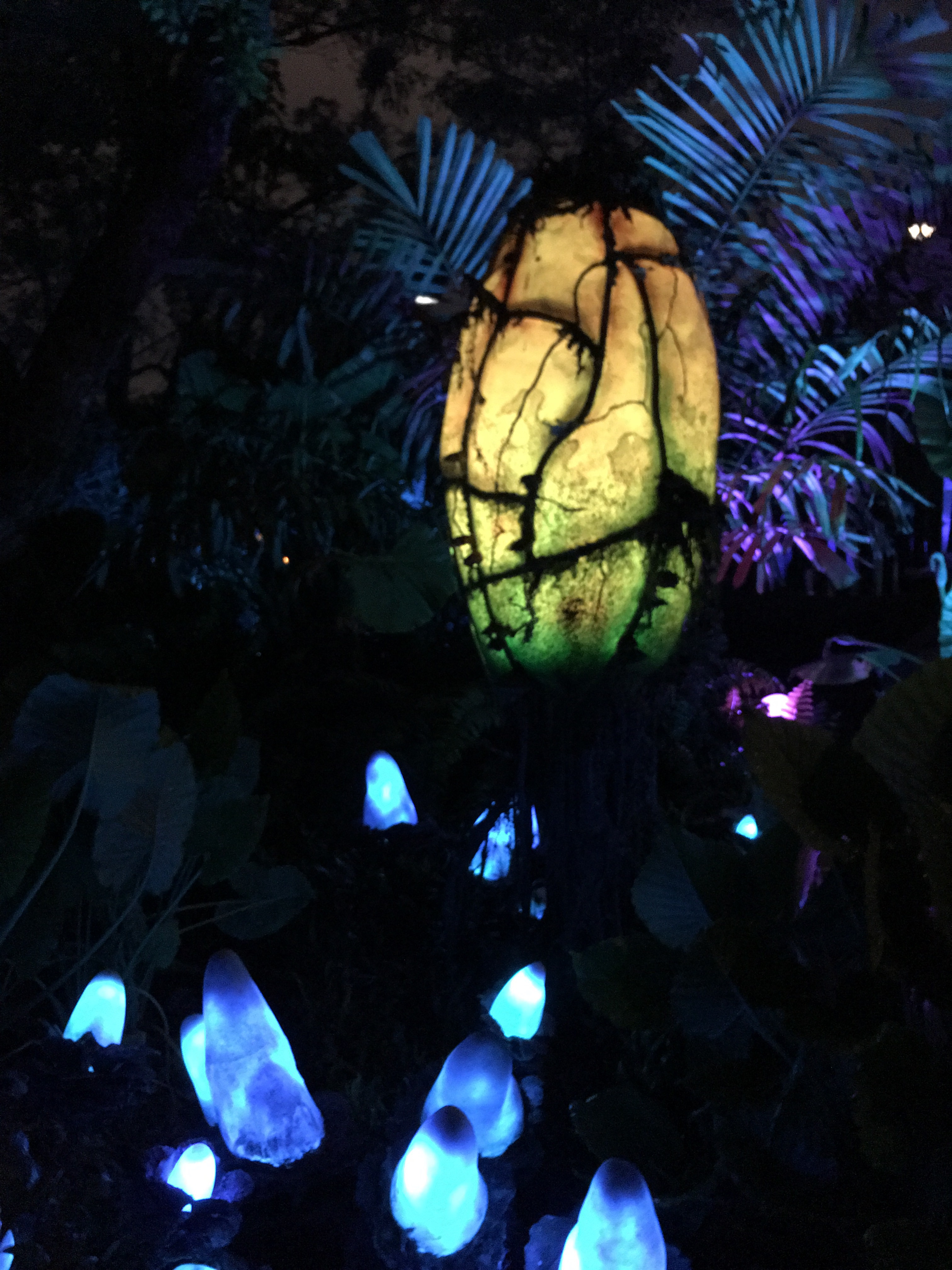 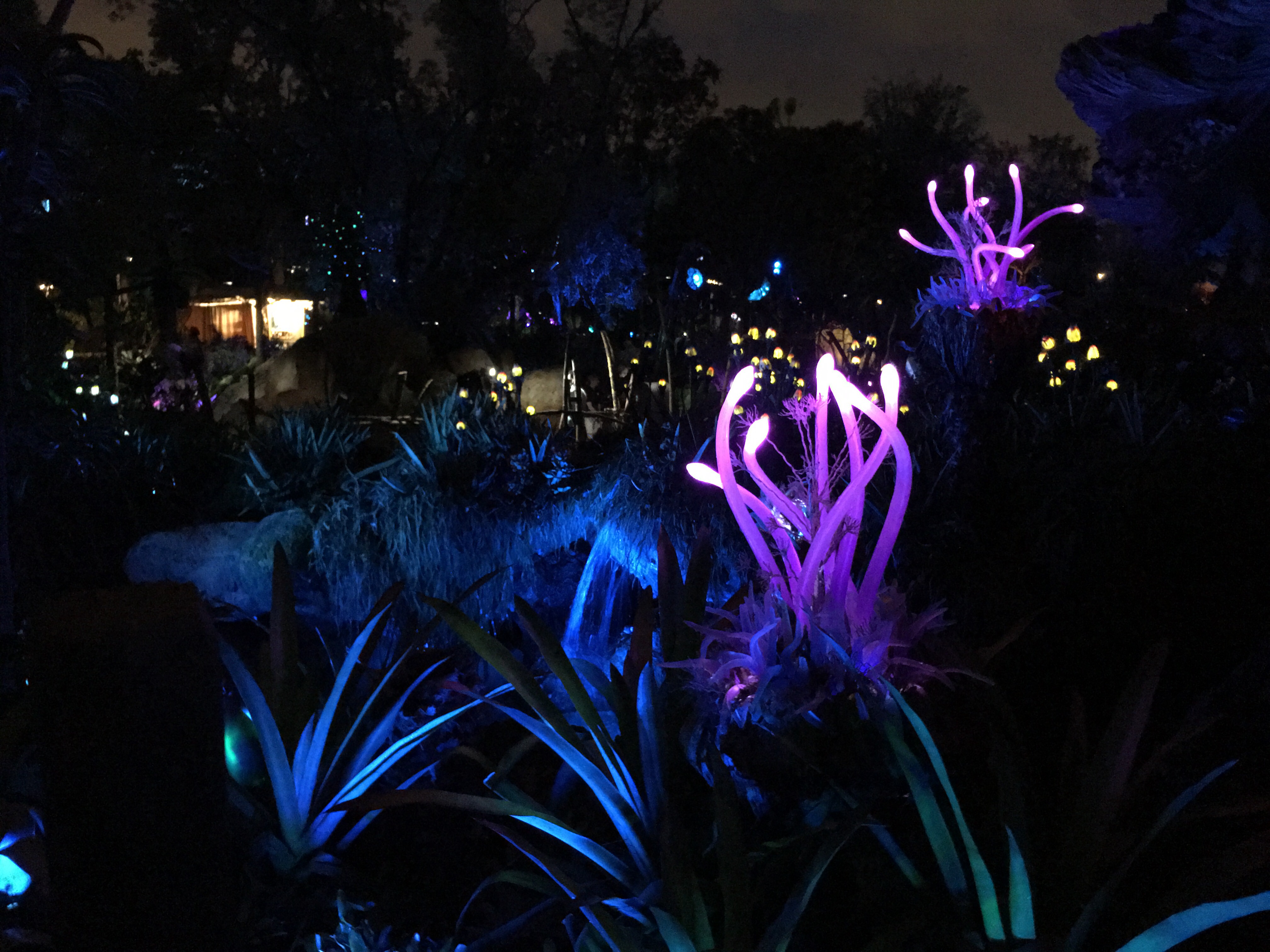 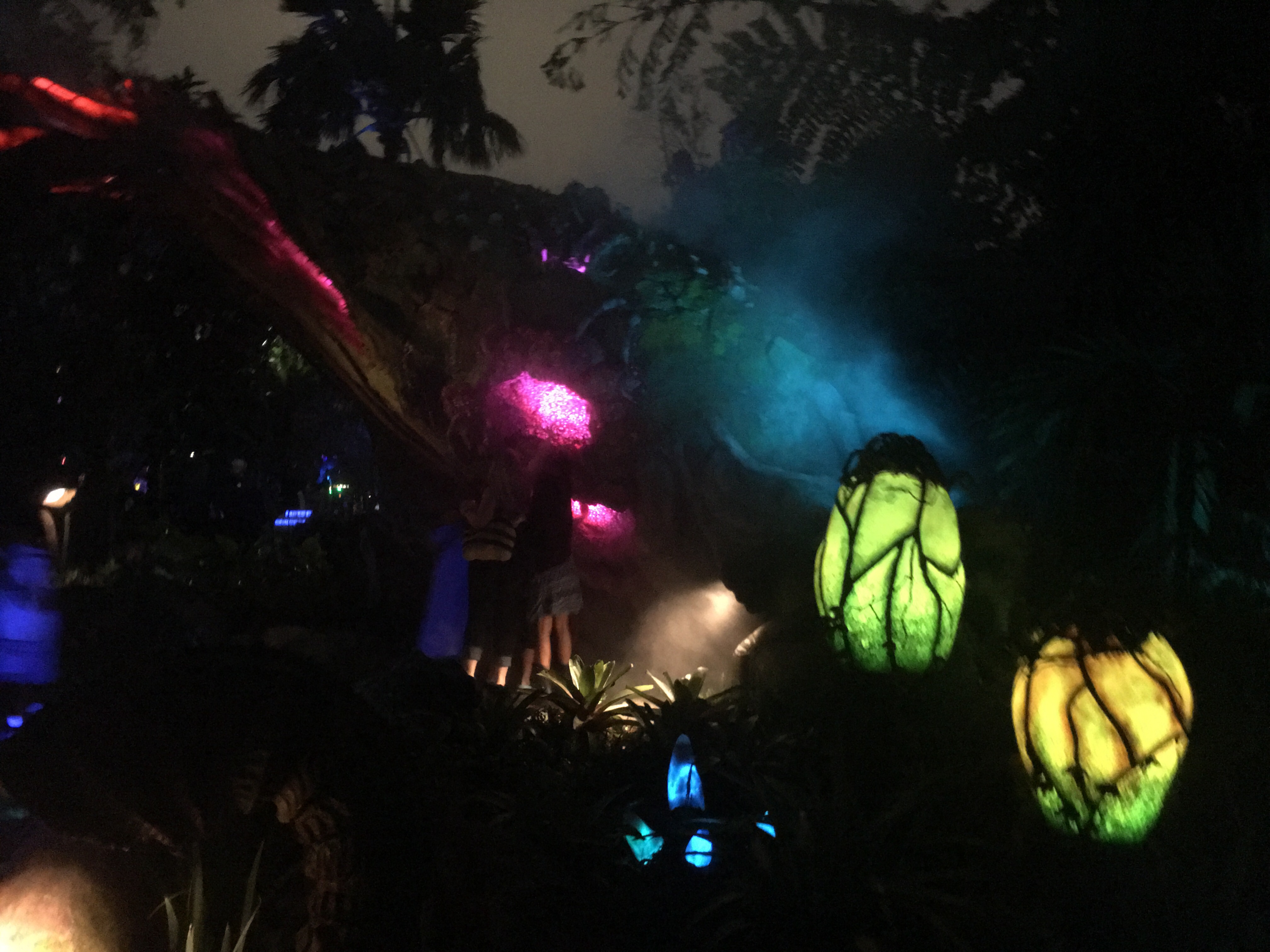 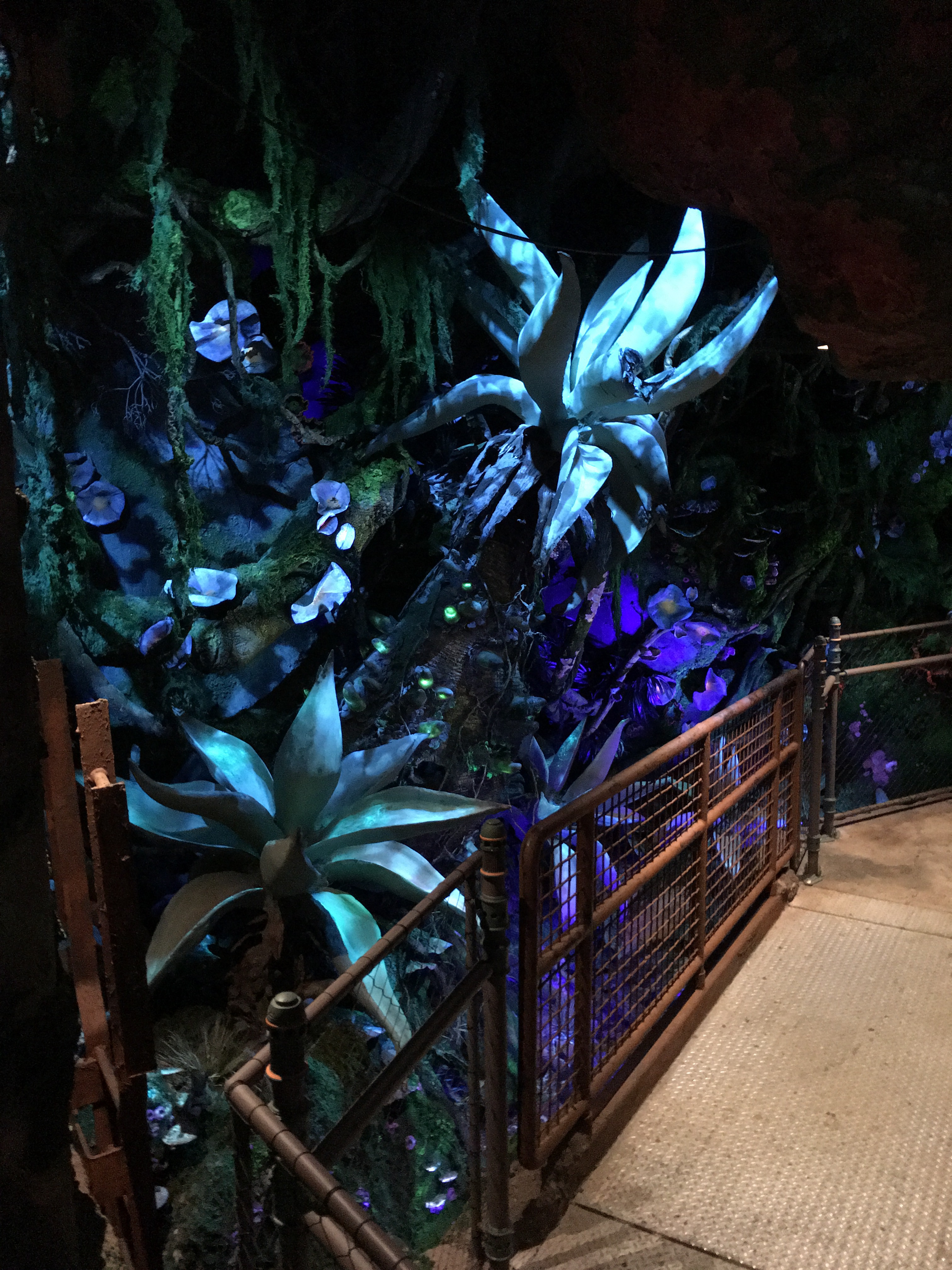 It’s truly the details of everything that make Pandora: The World of Avatar so extraordinary! Make sure you really give yourself the time to walk through the Valley of Mo’ara and discover and explore everything!

All around its enormous floating mountains, you’ll quickly uncover the valley’s one-of-a-kind dining and shopping experiences—along with sights, sounds and experiences that include:

You may even come across tour guides from Alpha Centauri Expeditions (ACE), scientists from the Pandora Conservation Initiative (PCI), or even an eclectic expat or two! 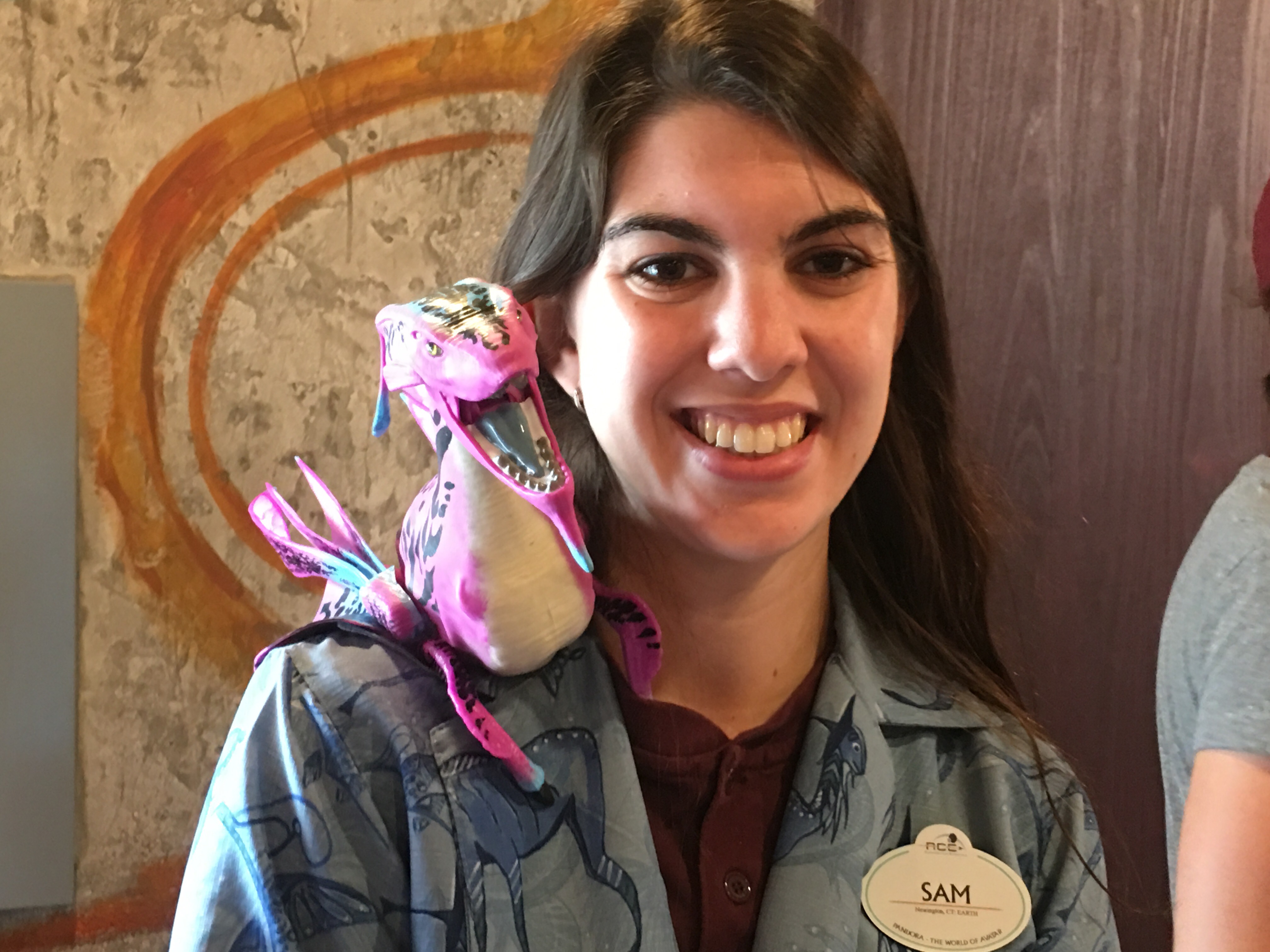 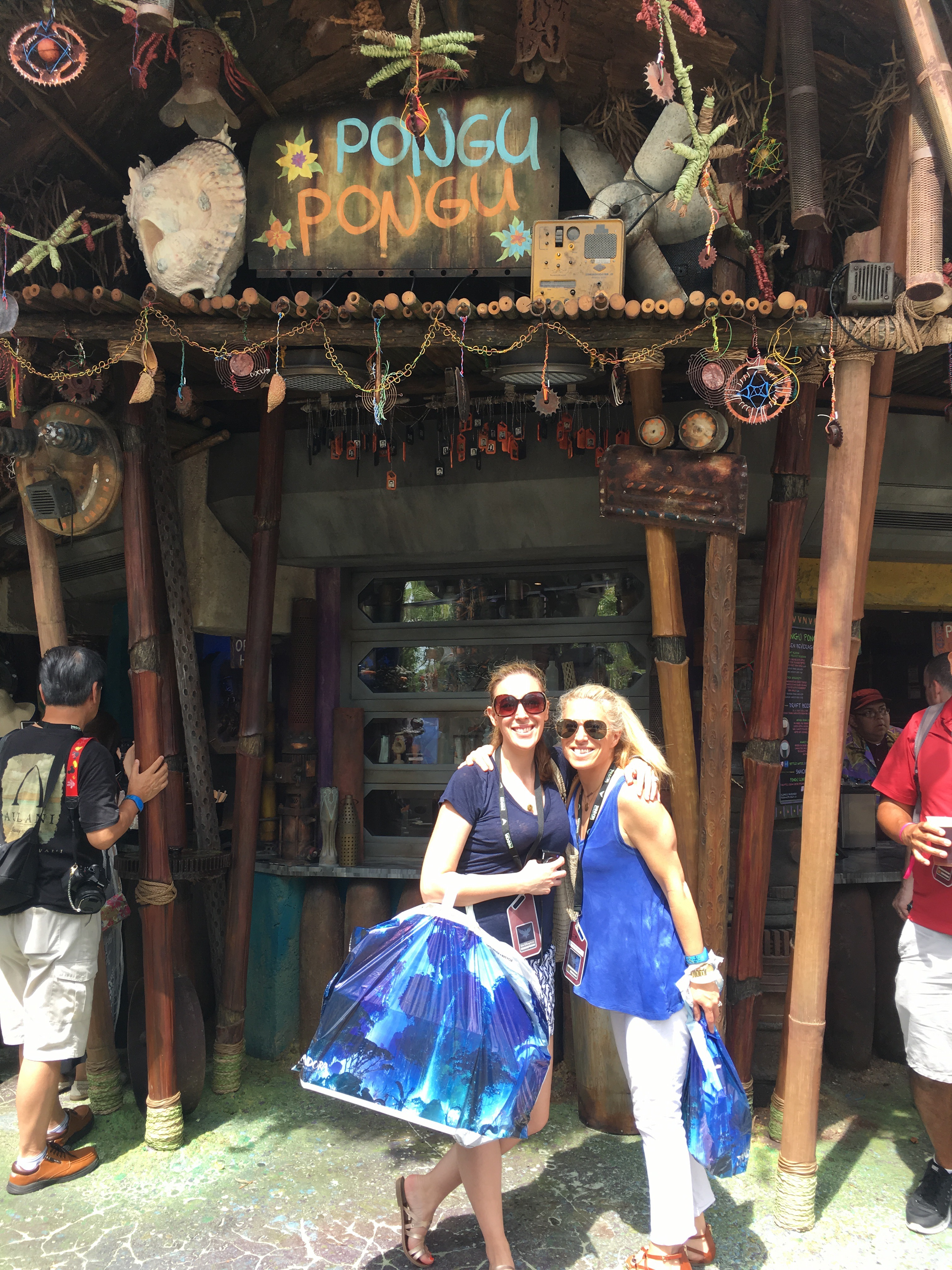 I was just like a kid in a candy shop yesterday during the press event watching and looking and discovering with my jaw to the ground! Everything was spectacular! I was thrilled when I got to bring my husband and daughter back at night because I loved sharing the beauty of this world with them. My husband was just captivated by it all, it’s really the kind of land you need to visit again and again because you don’t want to miss anything! 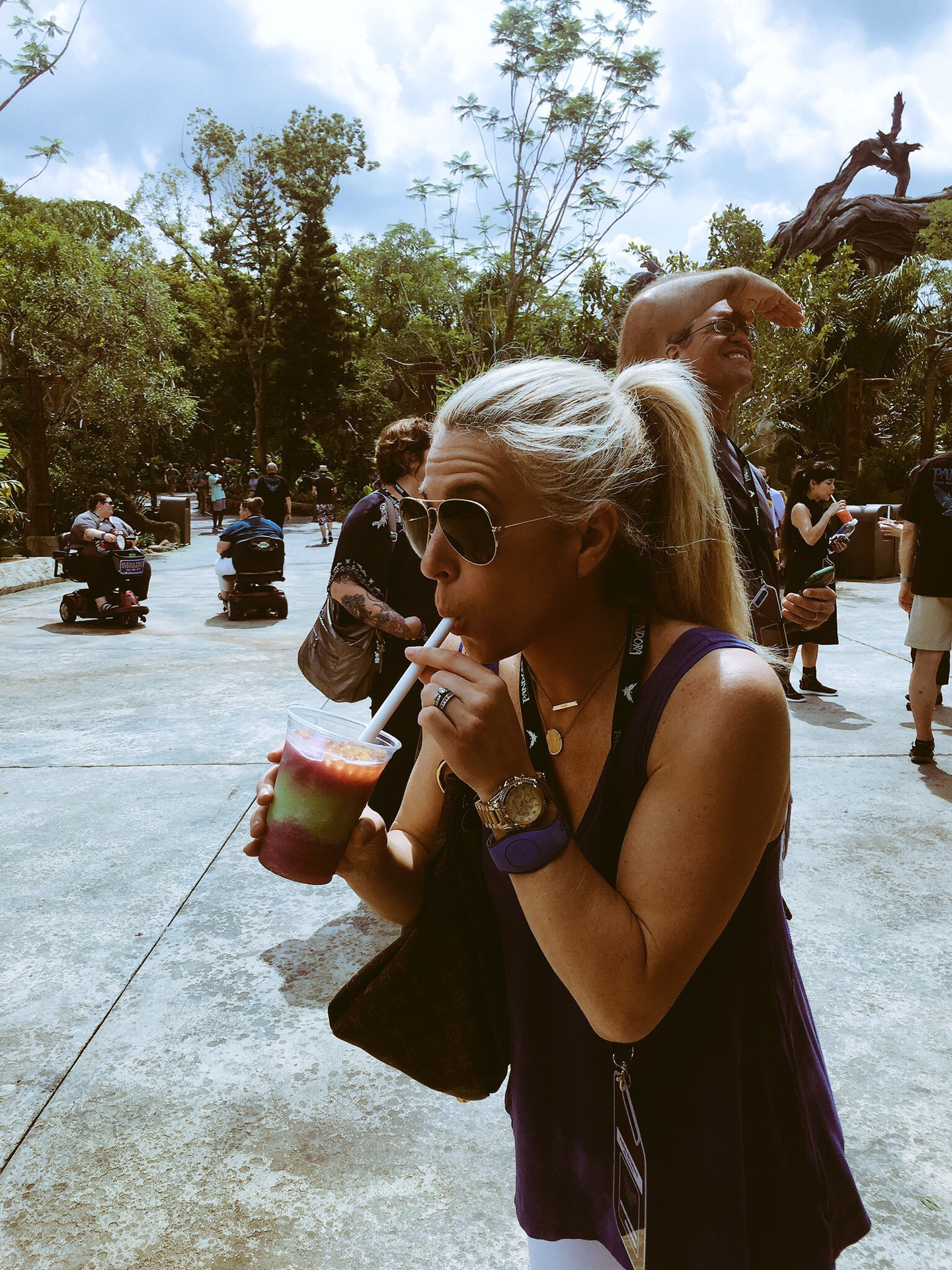 The extra cool thing for me to learn was that Walt Disney World Imagineers worked hand and hand with James Cameron to bring his dream and vision to life. 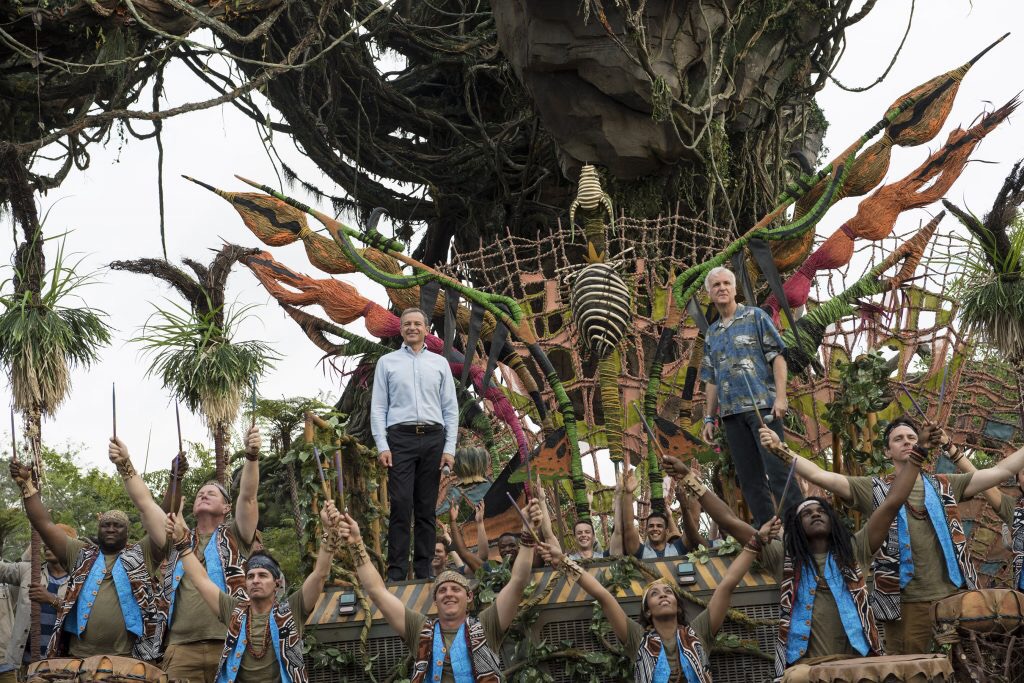 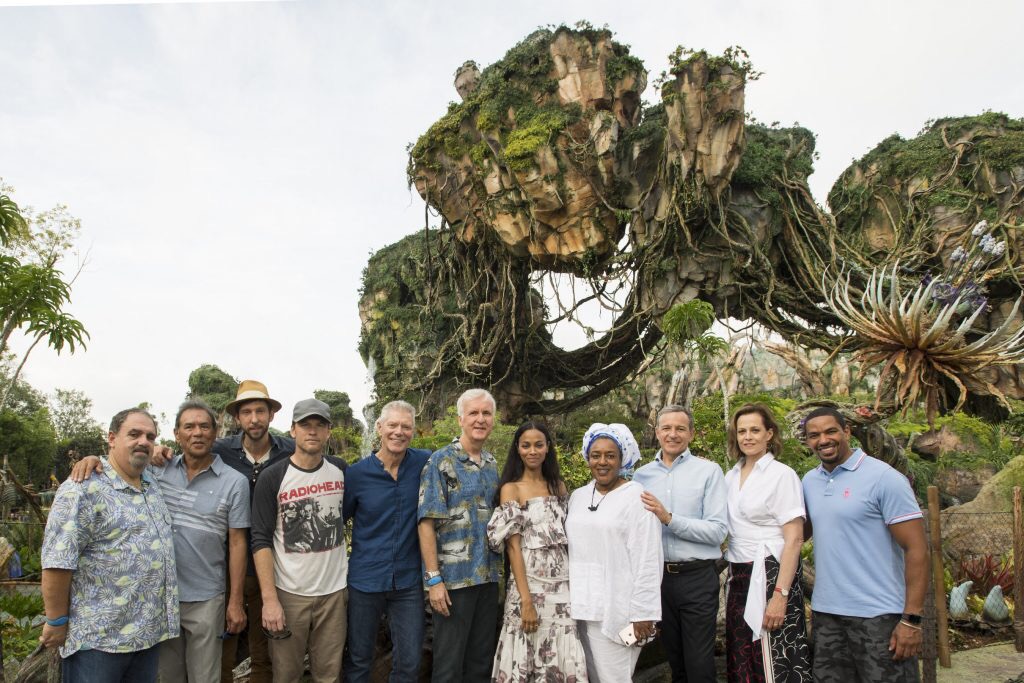 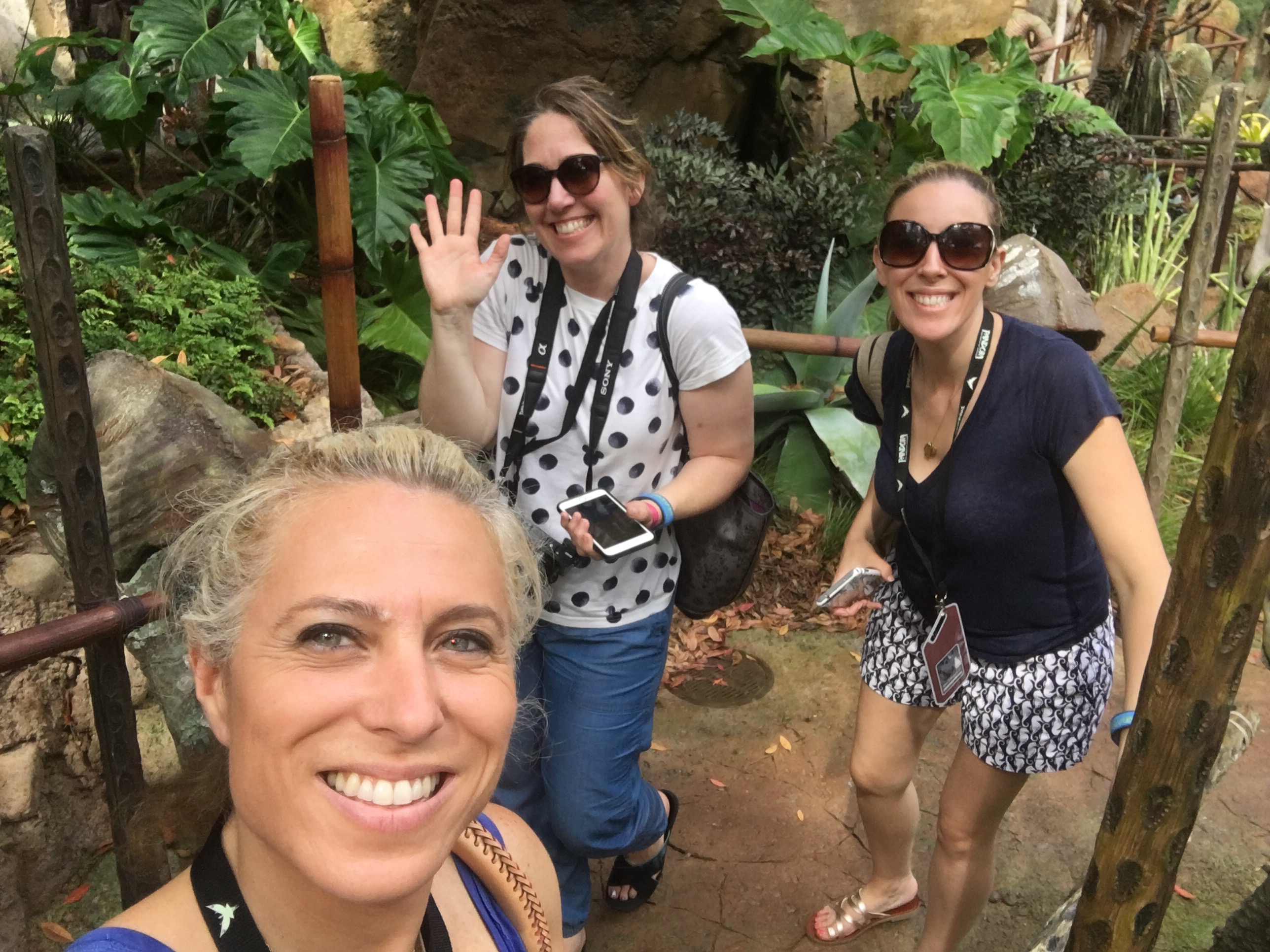 It was incredible to see him here yesterday at the Dedication Ceremony, along with some other powerhouse stars – to welcome this world to the WORLD of Disney!

What an incredible press trip, believe me… this is a WORLD you are going to love to visit!

Thank you, Disney, for the invite!

Disclosure: This was a hosted trip, all opinions are 100% my own.

Pandora The World of Avatar at Animal Kingdom #VisitPandora was last modified: May 22nd, 2019 by Audrey McClelland
SHOWHIDE Comments (0)

Pandora The World of Avatar at Animal Kingdom #VisitPandora was last modified: May 22nd, 2019 by Audrey McClelland