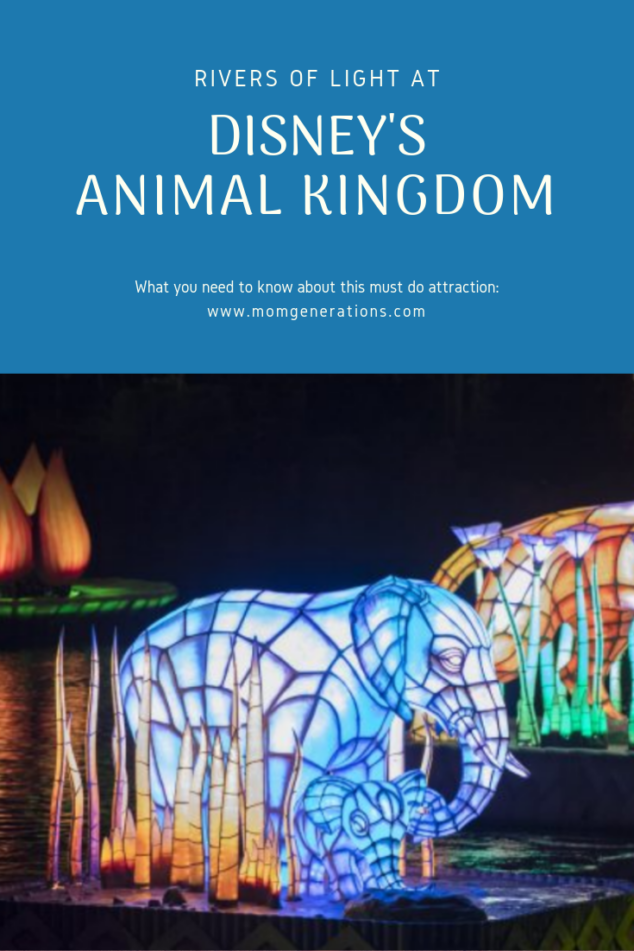 While at Walt Disney World for Disney Social Media Moms Conference, we had the chance to see Rivers of Light up close and personal. It was – in a word – STUNNING. I cannot wait for to bring my kids to see Rivers of Light Animal Kingdom, they are going to fall in LOVE with it! Guests can start enjoying Rivers of Light on Feb. 17th, which is right around the corner! It’s just an incredible nighttime spectacular with a mix of water, fire, nature and light all choreographed to an original musical score. 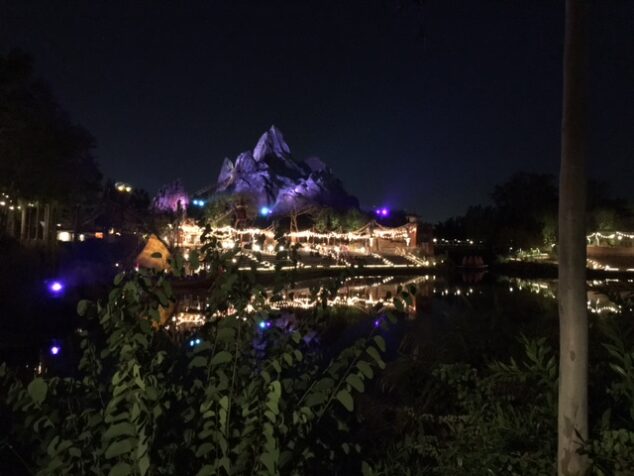 What is Rivers of Light Animal Kingdom?

The new 15-minute show is the latest addition to the lineup of nighttime experiences at Disney’s Animal Kingdom. Celebrating the majesty of nature and the connection between animals and humans in the world, the performance combines live performers, beautiful floating lanterns, glistening fountains, special effects and authentic animal imagery projected on giant water screens.

“Disney’s Animal Kingdom is built around the lives of animals, built around the rules of nature, and those rules dictate that as you move between day and night everything changes…and you’re going to want to see that,” said Joe Rohde, Creative Executive, Walt Disney Imagineering. “It all really is summed up by Rivers of Light. In the show, we take this combination of light and water which create life, and out of that comes this fantastically rich explosion of animal life that ultimately rises up and joins the stars.”

Being able to view Rivers of Light Animal Kingdom it was a true treat because I wasn’t expecting the beauty, the magic and the journey. 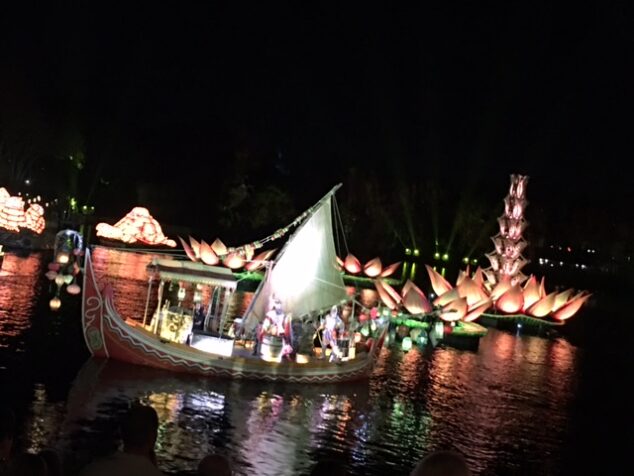 Vera and I sat there mesmerized! 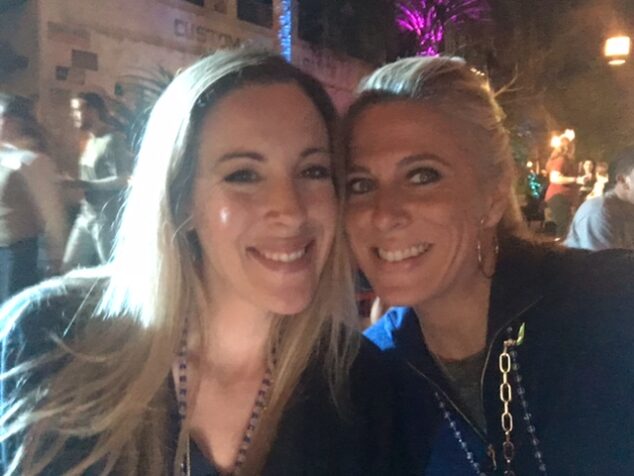 What can you expect during Rivers of Light Animal Kingdom? 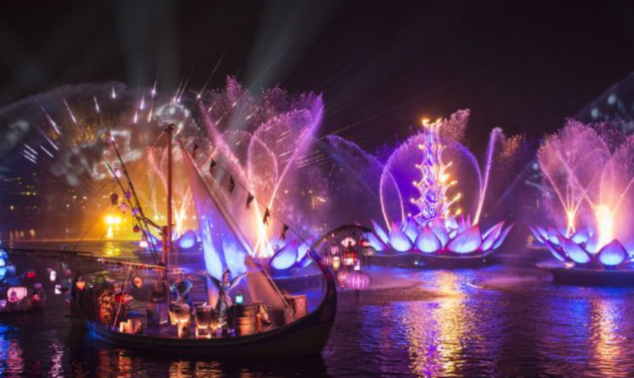 Image from WDWNews.com about Rivers of Light Animal Kingdom

As the sun sets, guests gather along the picturesque edge of the Discovery River at the site of a fabled age-old ritual. A new 5,000-seat amphitheater welcomes guests to two distinct “villages” separated by a bridge and the river. Sounds of animals are heard from a nearby forest, and magical fireflies descend from the Tree of Life toward the lagoon, creating a sense of wonder as four beautifully illuminated Lotus flowers float across the water.

The ceremony begins with a stirring musical overture signaling the arrival of a pair of mystical Storytellers, two complementary forces who come to the river bearing gifts of light. They set out from the shore aboard elaborate lantern vessels. Adorned in intricately designed costumes, the hosts engage in a dramatic dance of water and light to summon the animal spirits – an Asian Tiger, Tropical Turtle, African Elephant and Great Horned Owl – and take guests on a wondrous journey across Asian jungles and African savannahs.

As the mesmerizing show progresses, Rivers of Light continues to unfold with a powerful musical score created by songwriter and composer Don L. Harper and recorded at the renowned Abbey Road Studio in London. The signature song “We Are One” was written by Mark Mancina, who created the score and was a key collaborator on the music for Disney’s hit animated feature film “Moana.” 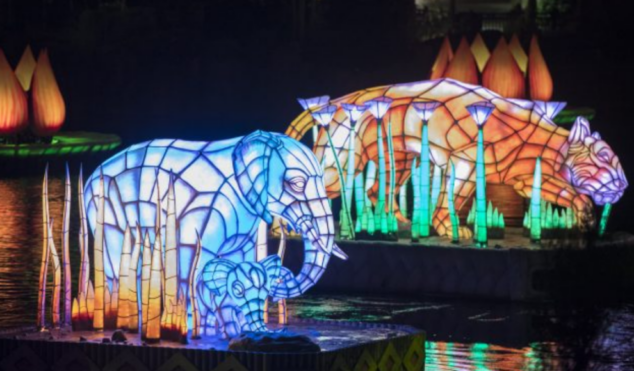 A collaboration with Disneynature to incorporate rare nature cinematography showcasing tender animal moments adds rich authenticity to the storyline. Many are never-before-seen moments from Disneynature films.

The crescendo of the evening finale blends triumphant music and a waterfall of colors celebrating the circle of life.

It truly is a game changer for the Animal Kingdom and it’s something you’re definitely going to want to add to your Walt Disney World experience!

Following its Feb. 17 premiere, Rivers of Light will be performed on select nights. You’re going to love seeing Animal Kingdom come alive at night for all guests that are visiting! It’s a true treat filled with lots of Disney magic and pixie dust!

Rivers of Light Animal Kingdom joins a rich variety of new nighttime experiences and family adventures designed to offer up Disney’s Animal Kingdom in a whole new light. These include:

For more information, check out: wdwnews.com.

If you’re visiting, think about staying at the Disney Animal Kingdom Lodge: