Disney is all about making dreams come true and this is INDEED a dream come true. Have you heard the news?? Disney Cruise Line is Bringing Marvel Superheroes to Sea from New York in Fall 2017!!!!!!!!! Can you imagine – Disney Marvel Cruise! 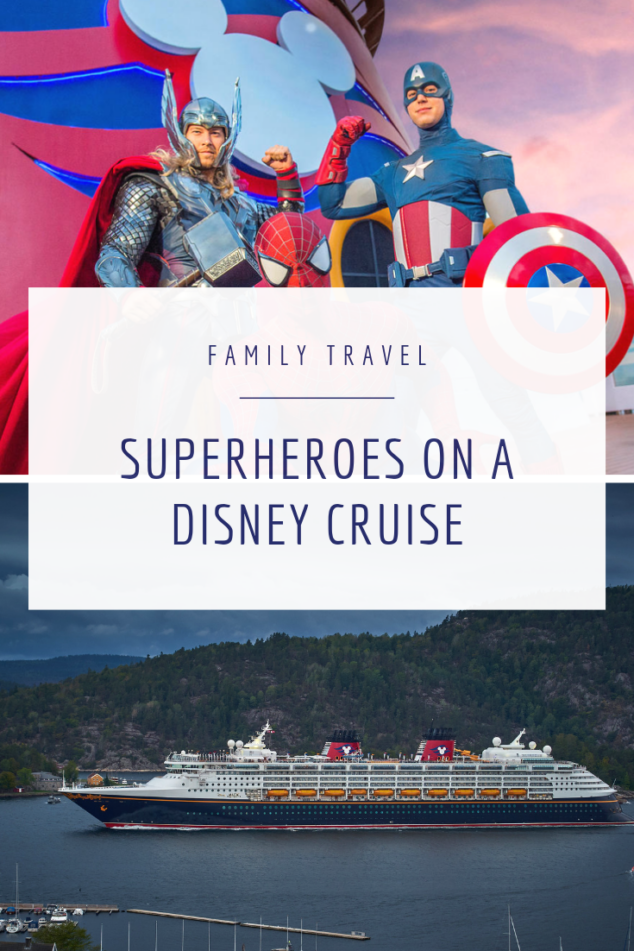 Can you hear my entire family screaming with joy!? If you follow me online you know, we’re KINDA obsessed with superheroes. I think every single year we’ve had some sort of fun superhero photo taken of us to keep for our family. This is from 2 years ago, still one of my faves! We were all at a summer swim meet and made superhero capes out of swim towels! Yes – for fun!! 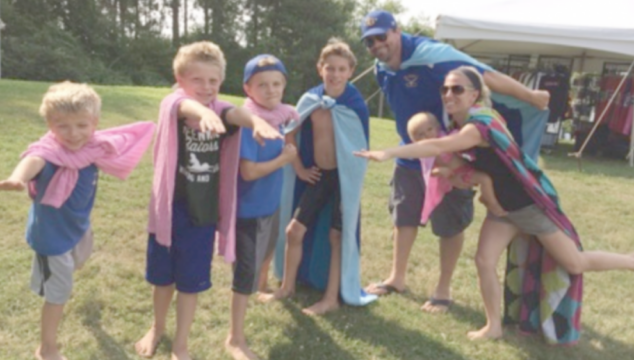 For all my fellow Superhero fans, Disney will be offering Marvel Day at Sea on the seven special voyages on the Disney Magic that will depart from New York City in the fall of 2017. I’m telling you right now, this is going to be an epic experience!!

What can you expect on the Disney Marvel Cruise???

Join some of your favorite Marvel Super Heroes (and villains) from The Avengers and Guardians of the Galaxy—as well as Spider-Man—for one epic day filled with one-of-a-kind entertainment, unforgettable meet-and-greets and special offerings you won’t find anywhere else.

– A spectacular deck party, featuring dancing, fireworks and the largest collection of Marvel Super Heroes and villains ever assembled on a cruise ship
– Thrilling photo ops with some of your favorite heroes, including Captain America, Iron Man, Thor and Spider-Man
– The newest Marvel Studios blockbuster inside the Walt Disney Theatre—plus a Marvel movie marathon featuring past hits
– Open-air, Funnel Vision screenings of the latest Marvel TV animated series
– A fan-filled costume celebration in the ship’s Atrium
– Extraordinary games and activities at Disney’s Oceaneer Club and throughout the ship
– Surprise Super Hero and Super Villain appearances throughout the ship
– Amazing themed food and beverages
– Exclusive merchandise and collectibles

As a mom of 4 boys who have lived and breathed every Marvel superhero and villain, this is something that I know they will never, ever forget.

Marvel Day at Sea—a heroic celebration of the Marvel Universe—is a one-day extravaganza available on select sailings from New York in October and November of 2017. For the remainder of your voyage, look forward to a thrilling itinerary of entertainment and activities—from Broadway-style shows and innovative dining to immersive Port Adventures.

Marvel Day at Sea is available on select Bahamian and Canadian Coast cruises from New York in October and November of 2017.

Make sure you sign up for this incredible voyage!

Check out some Marvel costumes here, too!