Oh, man – it’s a question I’ve gotten a million times – How to Travel with Kids on an Airplane? Let’s face it – traveling with small kids isn’t easy, especially when you have to fly to where you want to go. Flying with kids? Flying with a toddler? It can be frustrating, stressful and difficult. 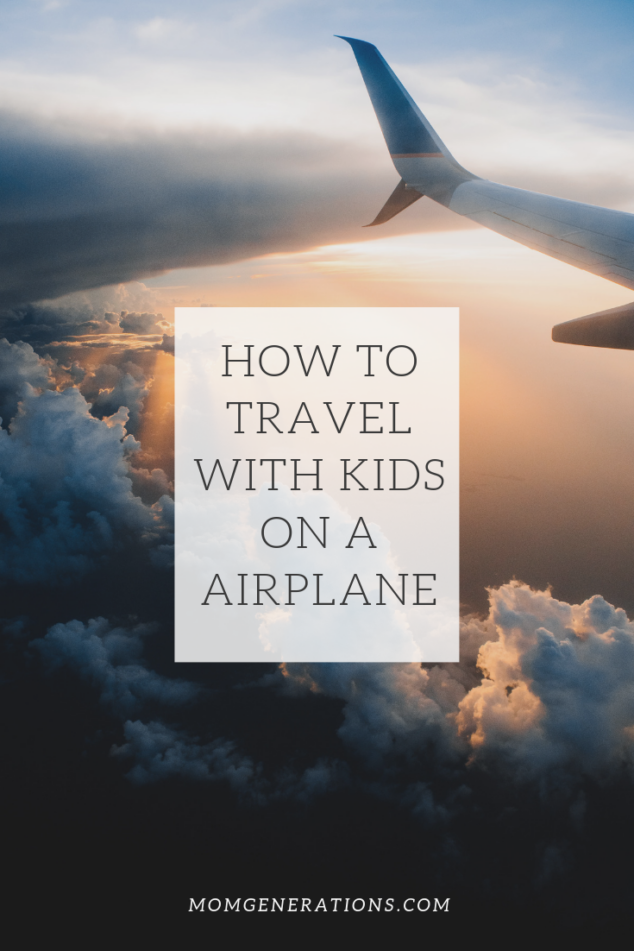 This past week we flew from Providence, RI to Orlando, FL. The flying time is only 2 1/2 hours, but it’s still long enough to make me nervous about flying with a baby. The boys – thank goodness – are old enough now to entertain themselves. We charge up their iPads and they play games for literally 2 1/2 hours straight. It’s easy. It’s practical. It saves us. Actually, on this trip… I even downloaded movies for them, too. I’m excited to share tips on Flying with a Toddler on an Airplane because I’ve recently been there, done it and now writing the blog post. 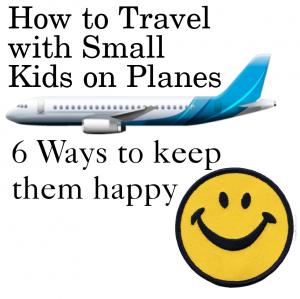 The boys aren’t the ones I get nervous about, it’s my Victoria.

She’s 1, so she’s not sure exactly where we are and she doesn’t like the fact that she has to stay still for hours at a time. The flight to Orlando was a piece of cake because she slept. She only woke up at the very end and she just sat there drinking her bottle. The flight home, well… that was a different story. She slept for 1/2 of the flight, but for the other half of the flight, she cried. I’m not talking a little crying, the poor thing CRIED.

We tried everything to soothe and calm her down, but nothing worked. She had taken a very long nap that afternoon and I had a feeling that she was going to be up and not herself completely for the flight home. Oh, yes… my mama-instinct was right-on. To make matters worse, the people around us… none of them were (dare I say) sympathetic. They all just kind of sat there rolling their eyes and breathing heavily (you know the breathing I’m talking about, right?). I wanted to scream, “SHE’S A BABY! SHE DOESN’T KNOW ANY BETTER!”

On the way home from the airport, I texted some of my girlfriends from home with small babies and asked the travel with kids questions: what kinds of things they do when they’re flying with small children and babies. They offered up some great suggestions and I thought it would be fun to turn my “help me moment” into a post for other moms and dads who need to travel with small children on planes. After all, we’re all in this together!

Flying with a Toddler – TIPS

1) Book your flights around naptime and sleep time. It’s something I didn’t even think of doing because we were looking for the cheapest tickets, but it does make a ton of sense. Your baby is more likely to sleep during his/her actual naptimes, so make sure you’re booking during those specific times. If they naptime between 12-3, try to book a flight time around that time. If you know at night they’ll be out, book a flight around 8PM. This is a big tip I will forever use though with I’m about to travel with kids either by myself or with my husband.

2) Download movies. This is something I actually should have done and I completely forgot to! She loves Baby Einstein and I should have downloaded some of the episodes before I left because I know she would have been mesmerized by them. I didn’t think to do this, but it’s such a great idea. If your child loves any particular movies or TV shows, download them on your iPad and let him/her watch them on the plane. It’s a great distraction for them… even if it’s just a 30 minute distraction!

4) Sit near the flight attendants. This is a GREAT tip when you travel with kids and one that I have never thought about before. When you’re booking your flight (or if you’re flying Southwest), try to situate your seats near the flight attendant stations. If your baby gets too fussy, it’s a great chance to be able to stand up and let them try and help you out. One of my friend’s told me that the flight attendants each took turn trying to make her baby smile when she was really fussy on a trip and it was a great chance for her to stand and “walk” around a little with her. Also, the attendants are used to all of this, so they won’t be phased by a crying baby.

5) Toys, Toys and more Toys! Whatever you can travel with on the toy front, PACK AWAY! Babies do like to play with toys and it’s a great way to keep them occupied during the flight. My advice, make sure you take toys that you know they love and also a few new ones that they’ve never seen before. It’s a great way to keep them distracted and occupied for a time. As every mom knows, even 10 minutes of playing time is like gold.

6) Bring back-up with you. If you’re able to do so, travel with family and friends. When you’re about to travel with kids – let’s face it – it takes a village. One of my girlfriend’s just got back from Disney with her parents. She told me that on the flight her, her husband and her in-laws all took turns holding her son and keeping him occupied and happy. Don’t feel bad about walking up and down the aisle if the seatbelt sign is off. It’s a great way to keep your child moving and happy.

What other tips do you have for moms and dads Flying with a Toddler?

If you’re traveling by car – here are 38 Games to Play in the Car!

Flying with a Toddler was last modified: July 11th, 2019 by Audrey McClelland