Who loves SPONGEBOB? All of my kids have been SPONGEBOB obsessed at some point in their lives. It was one of those shows that we just always had on in the house when the boys were younger. I love that even now we could all sing the song in seconds!

I know there are so many SPONGEBOB fans out there, so I wanted to celebrate by giving away a FABULOUS giveaway! I have this awesome DVD to giveaway right now! 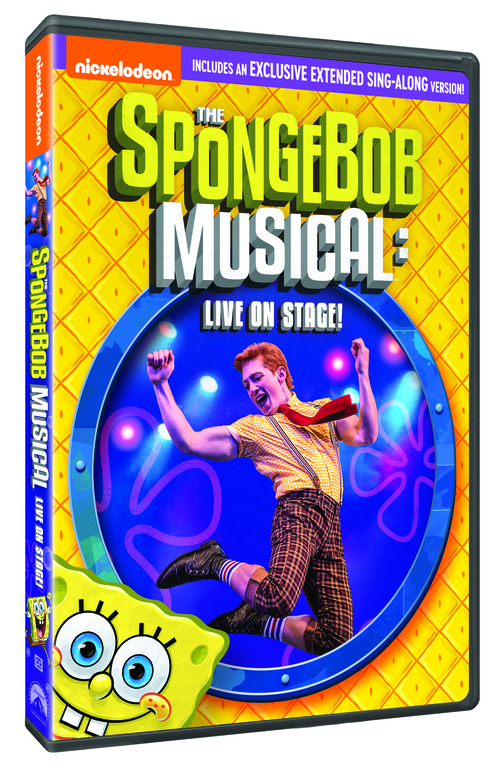 SpongeBob and all of Bikini Bottom face catastrophe – until a most unexpected hero rises to take center stage to prove that the power of optimism really can save the world. This one-of-a-kind musical event boasts the full, extended-length broadcast of the hit Broadway musical, plus an exclusive sing-along version only available on this DVD! Also featuring a special guest appearance by voice actor Tom Kenny as ‘Patchy the Pirate,’ this is one under-the-sea spectacular that you don’t want to miss.

ENTER TO WIN THIS DVD: