Growing Up with Brothers

My daughter is growing up with 4 older brothers. Yes, 4. Growing up with brothers in general can be tough, but 4 of them… it’s nutty as can be! It’s funny, when I found out I was having a baby girl, everyone said to me, “Wait till the boys start showing up someday and see that she has 4 older brothers!” Immediately people went into protect mode for their little sister and I loved it. Brothers do watch out for their little sisters and that’s one amazing thing about them.

Growing up with brothers is something that I feel like every girl probably dreams about if they don’t have a brother. It’s pretty awesome to have someone stand up for you and be there for you in an instant. It’s also pretty incredible for sisters to know that they can always turn to their brothers when they have doubts or questions or concerns about things in life. It’s a pretty incredible bond and one that I’m happy Victoria has 4 times over.

It’s not always easy to have 4 older brothers, that’s for sure! As much as the perks are awesome, I know that it also has its moments, too. 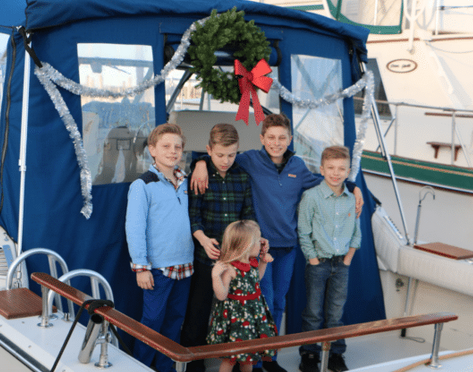 Victoria takes growing up with brothers in stride because she doesn’t know any different. She’s a little firecracker who does her best at being loud and being heard in this crazy house of boys. I’ve often wondered how this will impact her life, I mean… in many ways it already has. She’s someone who doesn’t let little things bother her and just sort of goes with the flow. She sees her brothers deal with friends and people and learns from them.

She’s funny and outgoing like her brothers. She’s silly and sassy. She’s someone who plays just as good with the boys as she does with the girls. I’ll never forget a playdate from last year. She got invited over a little boy’s house and I later found out it was 4 boys and her. She feels comfortable around boys because she’s usually ONLY around them. It makes me smile to see her comfortable with everyone.

I know that she’s beyond blessed to have these 4 big brothers. It’s not always easy, but her life will always be full of life for her. She will always have 4 men who will have her back and love her to the end of the earth. I know that she will love them back just as much, too. It’s adorable watching them together now and seeing as she gets older just how much more she appreciates them. Last year she wanted to bring all of them in for show and tell! 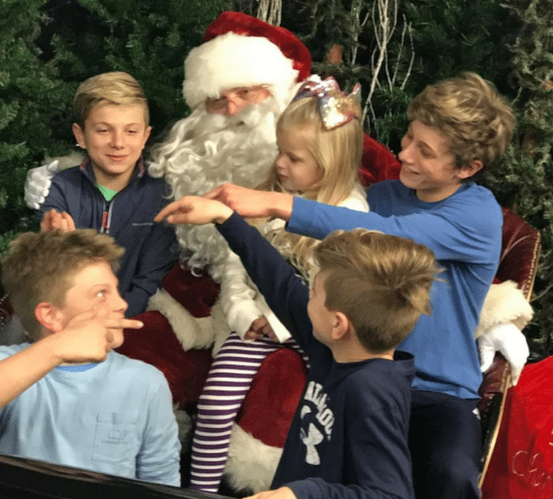 I know she’ll never have a sister, but that’s just the way it is. She has girl cousins who will always be there for her, which I love knowing. Growing up with brothers is definitely something that is special, I know it firsthand. I hope Victoria and the boys all know how lucky they are to have each other. They truly are very blessed and I want them to always knows that about each other.

To all my fellow friends out there with brothers or who have kids with brothers, it’s truly a blessing. A big, beautiful blessing.

Check out how I shared advice for my daughter, too.

Growing Up with Brothers was last modified: February 4th, 2020 by Audrey McClelland