I’ve been a swim mom my entire mom life. Since I was a swimmer I put William (my oldest) in swimming lessons when he was just months old. Since we seemed to have a good thing going with swimming, I just kept the next 4 kids involved, too. What I didn’t bank on was that wrestling for kids was what I should’ve gotten some of my sons into all those years ago! Let me start from the beginning here.

Wrestling for Kids: Best Thing We Ever Did

My oldest son took to swimming like a fish to water. There’s no other way to say it. He loved swimming from the second his toes dipped into the water. My 3 other sons liked swimming, but they didn’t love it. I had one rule in our family – everyone needed to know how to swim for safety. As the years went by, I just kept signing the boys up for swim lessons and then swim team. I remember my son Alex talking about wanting to try football and wrestling for kids when he was younger, but we just never had the time to do another sport with the 4 of them (never mind Victoria, too!).

Last year was a tough year for Alex with swimming. He was in 7th grade. 13 years old. And doing a spot he just didn’t like. If you’re a swimmer or know anything about swimming… you know you really need to have a love for the sport. It’s a pretty intense sport to be part of if you don’t love it. Practices are long. You’re swimming alone. Meets are hours and hours in length. If you love it, great. If not, it’s brutal.

When this school year rolled around we made a deal with Alex, he didn’t have swim anymore but he needed to do something else. We both knew that having the boys in different sports and activities would be brutal on us with games and schedules and trying to be everywhere at once, but we knew it was worth it for him. Alex chose flag football and wrestling for kids this year. Flag football for our town (along with his brothers Ben and Henry). And wrestling with his middle school. Let me state the obvious I know NOTHING about football and even less about wrestling!

Guess what happened? Alex took to these sports like a fish to water!

We had Alex’s 8th grade wrestling appreciate night for parents a couple of days ago and I stood there listening to the coach speak about each child and then my own child and I started to tear up. I should’ve gotten Alex into wrestling for kids years and years ago. You just never know when a spark will happen with your child. You just never know when something that were supposed to do actually is something they’ve always wanted to do.

Wrestling for kids isn’t for the faint of heart. I’m going to be honest with you – it was brutal to go to the matches. Or are they called meets? See… I still don’t even know! I hate seeing wrestling touchdowns and wrestling techniques that seem complicated. It’s a whole new sport to me, but I’m willing to learn because my son fell in love with it. I watched this kid who knew nothing about wrestling, but has been wrestling with his brothers his entire life enjoy this new challenge. 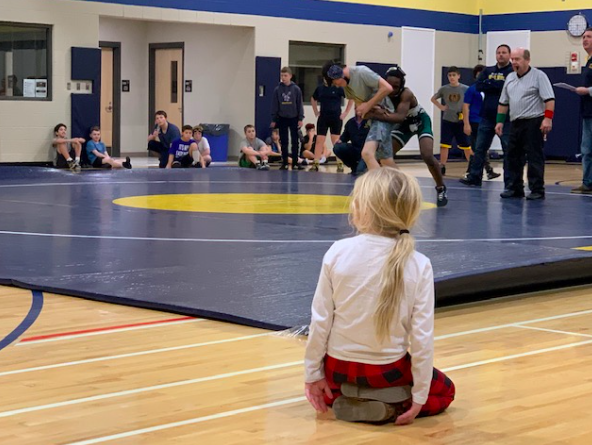 I also saw my sons Ben and Henry do the same, too. It was pretty cool to see them all get excited about practice, something they never did with swimming. My son Ben blew his knee out on Thanksgiving of this year, so he wasn’t able to wrestle this season, but he will be back next year. And my son Henry is starting younger than Alex, so there’s tons of untapped potential there within him.

But my Alex. I was so happy to see him come alive with a sport. Wrestling for beginners isn’t easy. We (as a family) had to learn a lot. OK, I take that back… I had to learn a lot. My husband wrestled in high school, so he understood the sport. Me? Not so much. Wrestling for kids teaches them so much. There’s a discipline to wrestling that is INCREDIBLE. You need to be dedicated and determined and disciplined to a T! 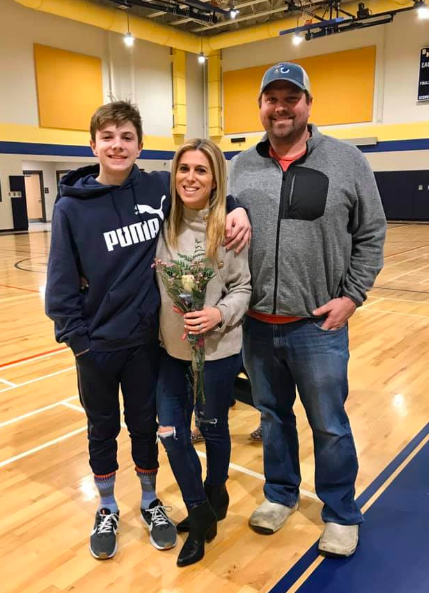 There was so much that I had to learn about weighing in, making weight and watching my sons learn new techniques at school and then with my husband at home. The weighing in was a HUGE learning curve for me. All of a sudden my kids became these little disciplined men watching what they were eating and only making sure healthy foods were going into their bodies. They were running and doing sit-ups and push-ups on their own at home.

I do believe that finding a sport you love also comes down to finding a coach that is talented and gifted enough to make each kids feel like a Rocky and they have a coach like that. He was the perfect person for them to have on their first go-around. He pushed them. He cheered for them. He challenged them. These kids are KIDS, so learning this kind of sport now is incredible for them and I know these lessons that they’re learning will follow them forever.

If you’re thinking about getting your child into wrestling for kids, do it. I can’t believe I’m saying this, but it’s been one of the best things for my sons. It was incredible to see them so excited and so aligned with a sport that was new to them. I was worried that it would be too tough or too brutal… and yes, the matches are a little crazy for me. The yelling and the grunting and the sheer fact that they ARE wrestling is tough to watch out of the gate.

But… I’m also seeing that my sons love it. It doesn’t matter what sport or activity it is. If wrestling isn’t the “thing” that your child wants to do, encourage them to find it. Encourage them to see what they might want to try and go after. I feel in my heart now that I pushed Alex in swimming for too long. I should’ve seen how he felt a couple of years ago and pulled the plug, but I didn’t. I would never do that again to one of them.

Wrestling changed my son Alex’s life this year. I hope that it continues to inspire and challenge and encourage him further!

If you’re interested and learning about Professional Wrestling, head here.

See my post from Perdue Farms about their WYNGZ! My sons love to stock up these!

Wrestling for Kids: Best Thing We Ever Did was last modified: January 19th, 2020 by Audrey McClelland
SHOWHIDE Comments (0)

Wrestling for Kids: Best Thing We Ever Did was last modified: January 19th, 2020 by Audrey McClelland