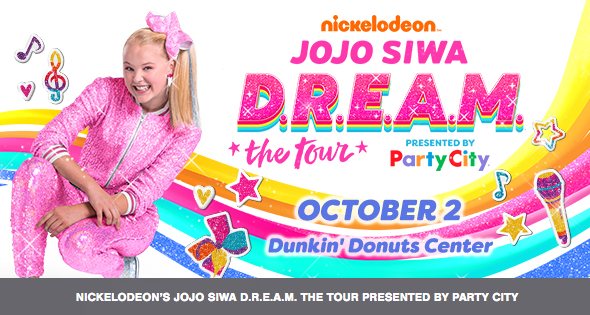 Nickelodeon superstar JoJo Siwa is a YouTube personality, singer, dancer, entrepreneur, social media influencer and The New York Times bestselling author. Siwa connects with her fans through many channels: via social media she currently has over 10 million subscribers with over 2.4 billion views on YouTube, she has over 8.6 million followers on Instagram, over 436,000 Twitter followers, over 17.3 million followers on TikTok and over 572,000 likes on Facebook.

Her hugely popular single, “Boomerang,” has been viewed over 737 million times and RIAA certified platinum. Siwa’s other hits include “Kid in a Candy Store,” which is RIAA certified gold, “Hold The Drama”, and D.R.E.A.M. which have 179 million, 127 million and 63 million views respectively.

Siwa is currently in the middle of her first-ever live concert tour, Nickelodeon’s JoJo Siwa D.R.E.A.M. The Tour. Produced by Nickelodeon and AEG Presents and presented by Party City, the 80 city North American tour kicked off on May 17th in Phoenix, AZ and will continue thru October. Siwa will also take the tour to the UK and Ireland this fall.

My daughter is obsessed with JoJo Siwa. OBSESSED! The second I heard about the JoJo Siwa D.R.E.A.M. The Tour I knew she would want to go! 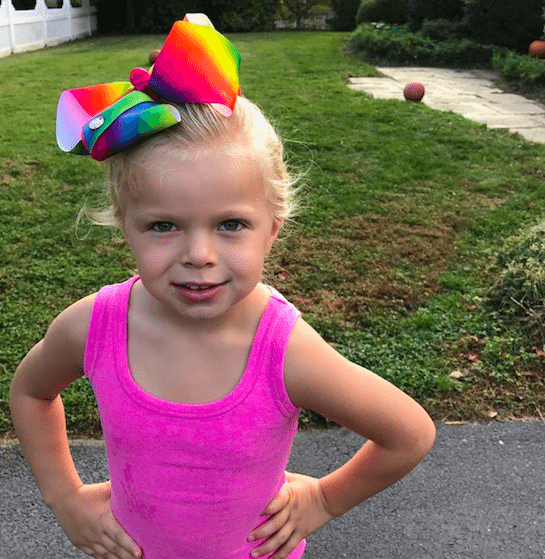 We will be there and I’m thrilled to have the opportunity to give away 2 tickets to the JoJo Siwa D.R.E.A.M. The Tour at the PROVIDENCE Dunkin’ Donuts Center on October 2, 2019 at 7PM!