Happy Sunday everyone! It’s a chilly morning here and I can’t believe I’m saying this, but I need a sweatshirt as I’m sitting here. I’m not used to wearing anything other than tees and tanks on summer mornings, so this is a little different for me. I’m actually not complaining – after a crazy warm few days last week – this cool air is like a welcoming hug. 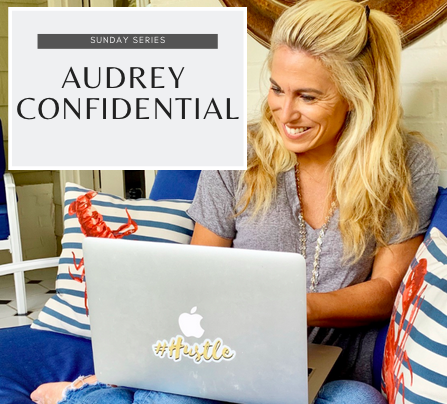 This upcoming week is a BIG one for me. I’m a little overwhelmed by it, but I’m trying to take a deep breath and work through it because I’m excited for the week ahead, but also a little nervous! Every day this upcoming week is something big. I usually don’t have weeks where there are both big professional and personal things, but this week is one of those weeks!

Let me walk you quickly through what’s coming up!

Starting tomorrow (Monday) I host The Rhode Show in the morning, which I have LOVED doing every Monday throughout the summer. I always wanted to be a broadcast journalist and I’m living out my dream doing it every week here in Providence. It really does make me see (firsthand) that regardless of your age you should never give up on what could be because you never know what’s around the corner. Hosting on our local morning show has been awesome. I love it so much! So I have that tomorrow! That’s followed by a work event at Wrentham Village Outlets in Wrentham, MA. It’s a big deal for me because I’m bringing the boys and we’re going to do a little school shopping after I do my work event. I’ve been dying to do some shopping with them, but it’s been so crazy lately I haven’t had the chance or the opportunity! Starting tomorrow – I will!

After all this tomorrow morning and early afternoon we have Victoria’s 6th birthday party! Her birthday was early July, but with her friends away in the summer we weren’t able to plan an actual birthday party. She was so sad not to have one in July, but I told her if we waited more kids would be able to actually come. She invited 18 kids and 16 of them can come, so I’m thrilled that she’s going to have a great little party for herself. It should be a really fun night!!

WEDNESDAY I leave for Orlando to kick off our Permission to Hustle Retreat! It’s going to be Thursday, Friday and Saturday and I’m really looking forward to everyone coming together for it! If you’re not familiar with our Permission to Hustle Retreats that Vera Sweeney and I kicked off last year, let me give you a quick idea of what they’re all about! We started a Facebook Group back in January of 2017 to bring together like-minded women who all have a hustle, dream and drive to go after their passions. We felt like there was a space needed on Facebook for all women with a hustle, not just women who were digital influencers. We created Permission to Hustle to be a place to serve up inspiration, motivation and advice every single day online. It truly started as a passion project because it was something we craved online and it just morphed into something much bigger.

It’s going to be a BIG WEEK!

I’m going to try and rest up today as much as possible!