CONGRATS to my Husband and The Backyard Food Company! I couldn’t be more excited to share this announcement! My husband and his business partner were named Best Locally Made Food Product in Rhode Island from Rhode Island Monthly’s Best of Rhode Island Awards! SO HAPPY FOR THEM!

CONGRATS to my Husband and The Backyard Food Company! Best of Rhode Island! 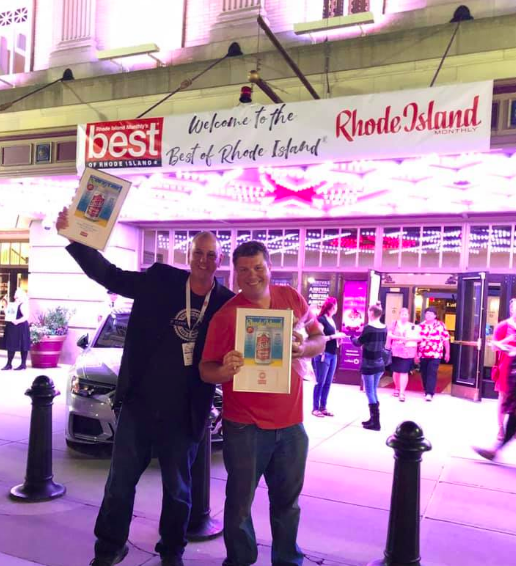 CONGRATULATIONS to my husband and his business partner and their The Backyard Food Company last night for being named Best Locally Made Food Product in Rhode Island at the Best of Rhode Island Awards! Rhode Island Monthly Magazine hosts this Awards Night every year and winners are chosen by the readers, so it makes it extra special that people vote for their FAVE products. Couldn’t be more excited for these 2 guys who work their tails off to build and grow this company. When they started this company in 2014 they were (literally) testing and coming up with ideas in their kitchens. We would have Friday night dinners with our families and the guys would cook and test and cook and test while the 7 kids between our families ran around. 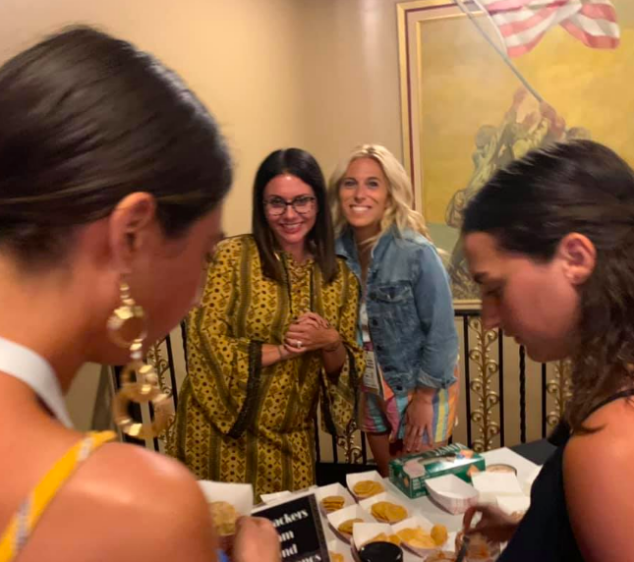 🌟 Fast forward to present day they’re in over 700 stores! They celebrated BIG last night and we (the wives) got help out and party with them!! ❤️ Never give up on your dreams and if you haven’t tried The Backyard Food Company products yet, PLEASE try them out!! They have over 18 products in their line from salsas to jams and jellies to (one of my personal faves) pickles (and more coming!). You grow by having 2 things 1) Great Product 2) Hard Work Behind it… these guys have both!! 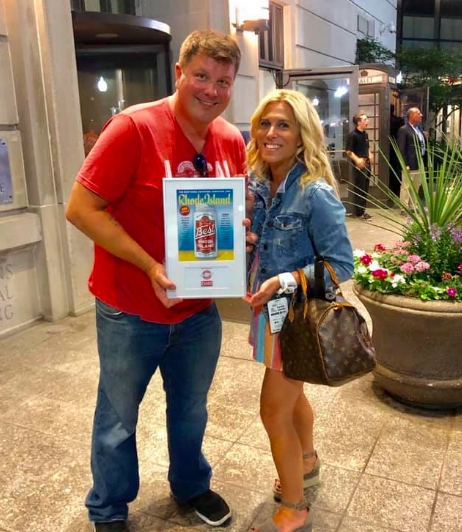 If you’re not familiar with The Backyard Food Company, I’m excited to share about it with YOU! Here’s about who they are and how they started, truly.

ON JANUARY 29th, 2012 LIFE CHANGED  The Backyard Food Company’s co-founder, Matt McClelland, went to the Emergency Room fearing his appendix was rupturing after a day of agonizing stomach pain.  A CT scan of his abdomen showed a large tumor that had been growing into his gut from his small intestine and eventually into his colon.  The next evening he had a double bowel resection to remove the tumor and the biopsy revealed it was a cancerous GIST Tumor.

GIST is a very rare and treatable cancer, but at 37, it was a game changer.  As Matt began his recovery and treatment at The Dana Farber Cancer Institute, he looked forward to Spring.  He was on his back for eight weeks while his incisions healed and began dreaming of starting an organic garden on the sunny side of the house when he was finally strong enough.

He was visited often by new friend Louby Sukkar who was busy running his family restaurant K&S Pizza.  With a lifetime of experience in the food industry, he had been finding great success by sourcing fresh local ingredients and promoting the farms from which they came.  Louby was settling into a new home nearby and was also looking to create a garden when Spring came around.

The two began to conspire. What should we plant? Can we grow for the restaurant? How can we maximize our space, but keep it neat for the neighbors? We live in the suburbs not the country after all!

As winter turned to Spring, they got to work bringing in loads of dirt and organic compost to get their soil ready, graded their yards and built fences and beds. As soon as they could, they began growing just about anything they could fit. They had over a hundred tomato plants between the two of them and just as many cucumbers and peppers. Their friendship grew as fast as anything in their gardens and they found a sense of peace and comfort as they reconnected with the Earth and took time to enjoy the fruits (and vegetables) of their labor!

DUDE, WHAT ARE WE GOING TO DO WITH ALL THIS!  As Summer wore on, Matt and Louby turned their focus to the surplus they were starting to see in their gardens.  Their freezers were full and they began reaching out to their family and friends for old family recipes for canning and preserving.  They were amazed at how good many of the recipes were and for the first time in their lives realized just how much food has changed over the last few generations.  What started off as a way to preserve their extra cucumbers, peppers and tomatoes turned into a passion.  Even better, PEOPLE LOVED WHAT THEY WERE MAKING!
The next summer they expanded their gardens and bought extra tomatoes from a local farm so they could preserve even more and have plenty leftover to pass around to friends and family to get their opinions.  Their first large batch was done in Louby’s backyard following USDA safe canning guidelines.  Curious neighbors followed their noses, stopping by to ask, “What is that wonderful smell?”  As they passed out samples, the response confirmed their belief that they had something worth marketing.  THE BACKYARD FOOD COMPANY WAS BORN!

This Summer Matt and Louby are teaming up with Hope & Main, Rhode Island’s first full-service culinary business incubator to produce their products in a commercial kitchen.  Their backyard test gardens will continue to serve as inspiration as they source only the freshest produce as close to home as possible to produce high quality, great tasting and unique foods while supporting the local economy.

CHECK OUT THE PRODUCTS HERE!
CONGRATS to my Husband and The Backyard Food Company! Best of Rhode Island! was last modified: July 26th, 2019 by admin
SHOWHIDE Comments (6)

CONGRATS to my Husband and The Backyard Food Company! Best of Rhode Island! was last modified: July 26th, 2019 by admin