My son Henry was been OBSESSED with the Diary of a Wimpy Kid franchise for years! It was the 1st book series he ever started to read. I used to love reading books in a series as a child because you get connected to the characters on a whole different level. You feel like they’re your actual friends. You feel like you really know them and understand them. They become “real” people in your head. When I heard that Diary of an Awesome Friendly Kid was coming out I knew Henry was going to be thrilled. And guess what? He was!

Diary of an Awesome Friendly Kid 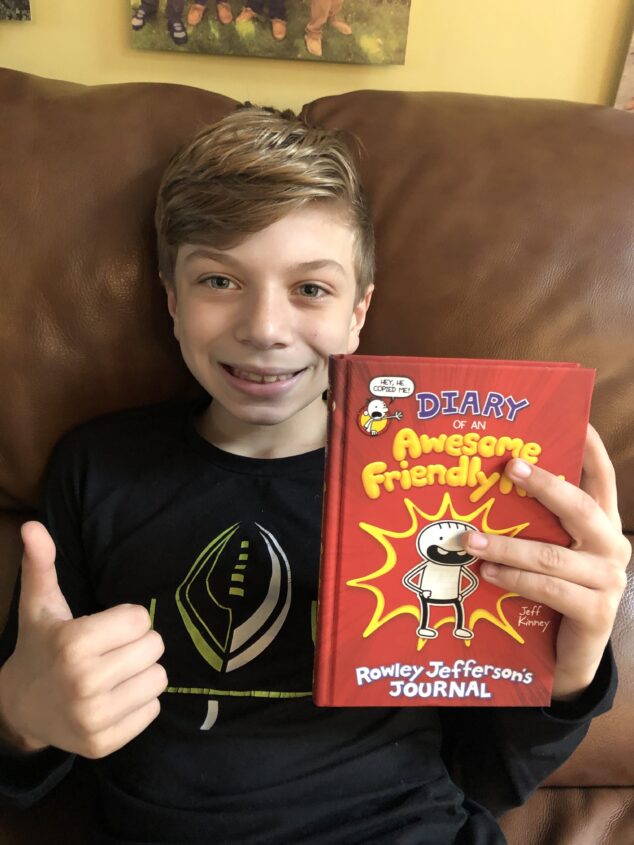 If you’re not familiar with the Diary of a Wimpy Kid book series for your kids (and adults, my husband would read them with Henry, too and loved them!), it’s a series you’re going to want them to get into. They are fantastic books for elementary school kids (recommended age 8-12) to dive into and (most important) relate to as a kid. I feel like with so much content that is out there, this series is one that really makes a kid feel like a kid. There’s truth in the books. There’s experiences in the books that kids go through or see other kids going through. Your child will find similarities with the characters and feel not so alone in the world. I love that about the series.

The newest book Diary of an Awesome Friendly Kid: Rowley Jefferson’s Journal is an exciting one because it’s introducing the newest Wimpy Kid author—Rowley Jefferson! Rowley’s best friend Greg Heffley has been chronicling his middle-school years in thirteen Diary of a Wimpy Kid journals (and counting – the 14th book releases later this year!). But it’s finally time for readers to hear directly from Rowley in a journal of his own. In Diary of an Awesome Friendly Kid, Rowley writes about his experiences and agrees to play the role of biographer for Greg along the way. (After all, one day Greg will be rich and famous, and everyone will want to know his life’s story.) But Rowley is a poor choice for the job, and his “biography” of Greg is a hilarious mess. 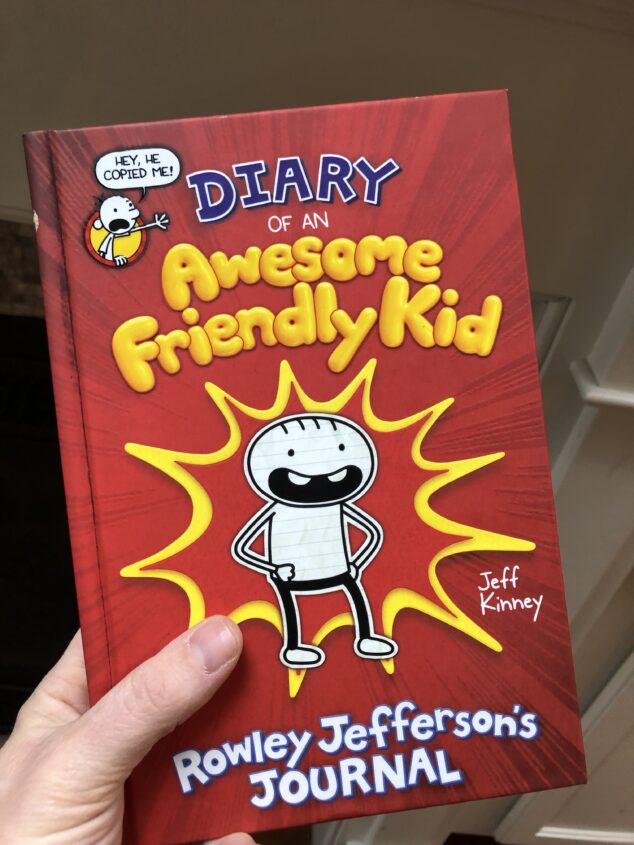 In my opinion, author Jeff Kinney is a hero to kids and parents everywhere! Jeff is the #1 USA Today, New York Times, and Wall Street Journal bestselling author of the Diary of a Wimpy Kid series and a six-time Nickelodeon Kids’ Choice Award winner for Favorite Book. He has been named one of Time magazine’s 100 Most Influential People in the World. He is also the creator of Poptropica, which was named one of Time’s 50 Best Websites. He spent his childhood in the Washington, D.C., area and moved to New England in 1995. Jeff lives with his wife and two sons in Massachusetts, where they own a bookstore, An Unlikely Story. What I love about Jeff is that he’s created a world for kids to have fun in and lose themselves within. You can’t beat something as magical as that, especially during this time in their lives.

I’m so excited for my son Henry to dive right on into Diary of an Awesome Friendly Kid. I’m telling you – this one looks like a good one! I have to say, my son Henry is definitely an AWESOME FRIENDLY KID! He’s my 4th child of 5 kids and the youngest boy in our family. Henry’s always been friendly and sweet and kind to everyone he meets. He’s on the reserved side, he doesn’t need to be the center of attention and I’ve always admired that about him. He’s just happy being Henry. He’s the kind of kid that reaches out to the new kids in school. He’s the kind of kid that sees someone upset and tries to make them feel better. I love that about him and I’ve always thought that his personality will take him far in life! 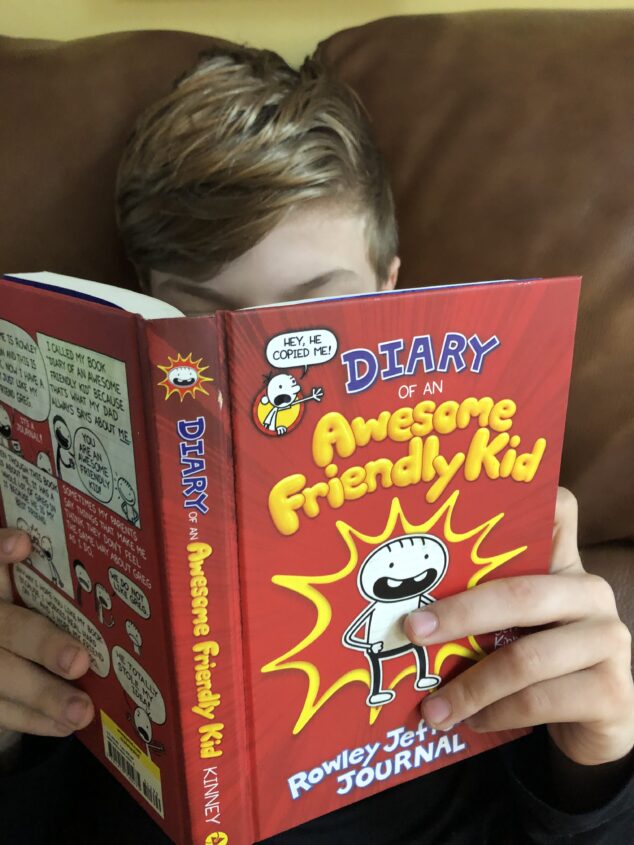 When we moved to a new town a year and a half ago. I know it wasn’t easy for my kids because they were leaving a town and school and friends that they grew up in. There was something very familiar about where they were and I was taking them out of it. I was worried that they wouldn’t fit in or find a group of friends. And then I remember watching my son Henry walk into his new school for the 1st time. He had his head held up high and he was smiling. I knew he was going to come home with a new group of friends because he was walking into the school with an awesome and friendly attitude. That’s the kind of kid he is. And the best part? All these months in and he’s the same awesome and friendly kid! Thank goodness!

Make sure you pick up a copy of Diary of an Awesome Friendly Kid for your child! Get them into the series and have them be open to ALWAYS being awesome and friendly! That’s a pretty amazing way to be in life! 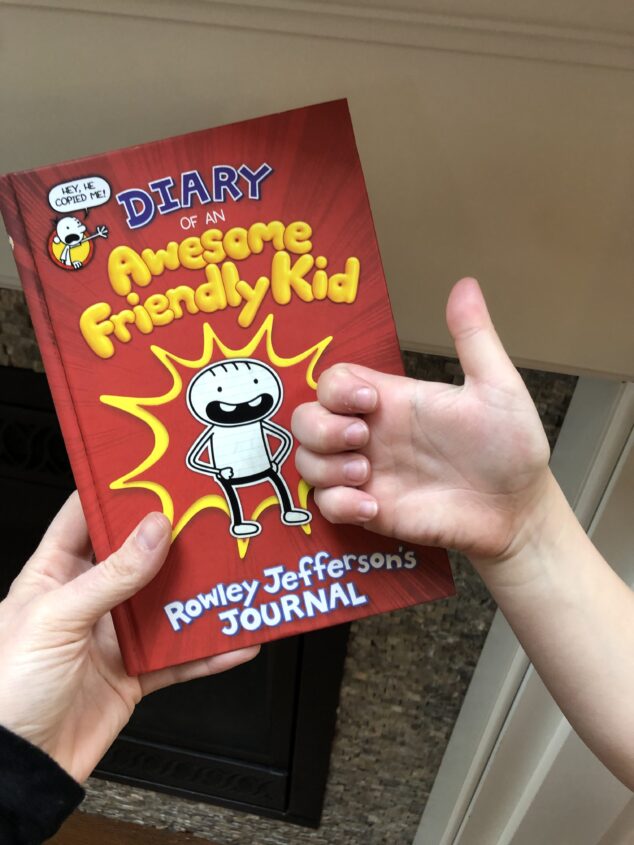 Diary of an Awesome Friendly Kid was last modified: May 1st, 2019 by Audrey McClelland
SHOWHIDE Comments (11)

Diary of an Awesome Friendly Kid was last modified: May 1st, 2019 by Audrey McClelland