This post is in partnership with Paramount Pictures Have you heard the news!? Sonic The Hedgehog movie will be coming to theaters this November! My husband is a big Sonic fan, so I know he’s counting the days till this one! He’s a whole new speed of hero and it’s going to be really fun and cool to see Sonic hit the “big screen!” I know my husband will be there on opening night with my 4 sons living out a dream with his guys! 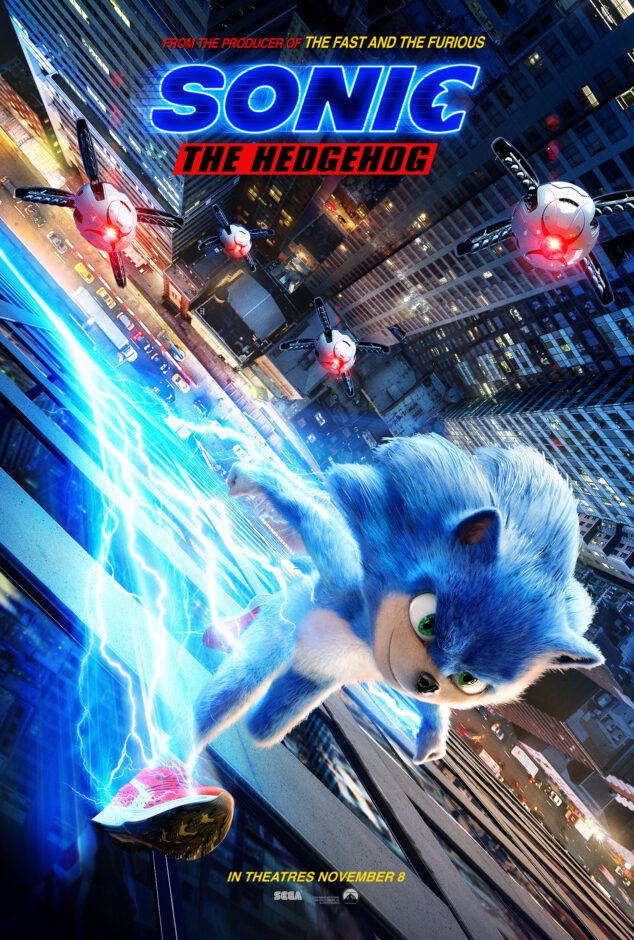 If you’re not familiar with the franchise, Sonic The Hedgehog is a live-action adventure comedy based on the global blockbuster videogame franchise from Sega that centers on the infamously brash bright blue hedgehog. Sonic is a anthropomorphic hedgehog who can run at supersonic speeds and curl into a ball, primarily to attack enemies. The film follows the (mis)adventures of Sonic as he navigates the complexities of life on Earth with his newfound – human – best friend Tom Wachowski (James Marsden). Sonic and Tom join forces to try and stop the villainous Dr. Robotnik (Jim Carrey) from capturing Sonic and using his immense powers for world domination. The film also stars Tika Sumpter and Ben Schwartz as the voice of Sonic. 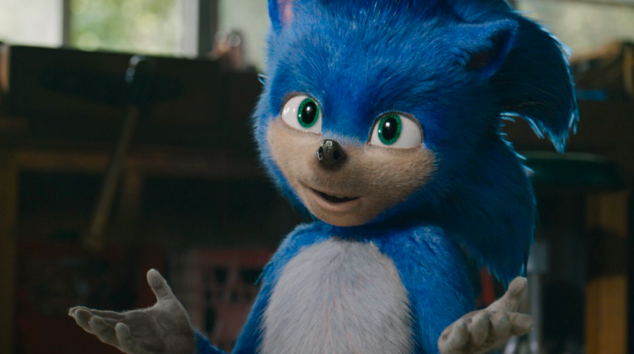 I’m also excited to share with you the trailer! I just sent it to my husband’s phone! I know he’ll have a huge smile on his face! Our kids are obsessed with video games, so I love knowing that the apple doesn’t fall far from the tree because my husband was obsessed with Sonic!

The hilarious and always awesome Jim Carrey is back on the big screen in a fun, action-packed movie. His performance as villain, Dr. Robotnik, looks incredibly funny. 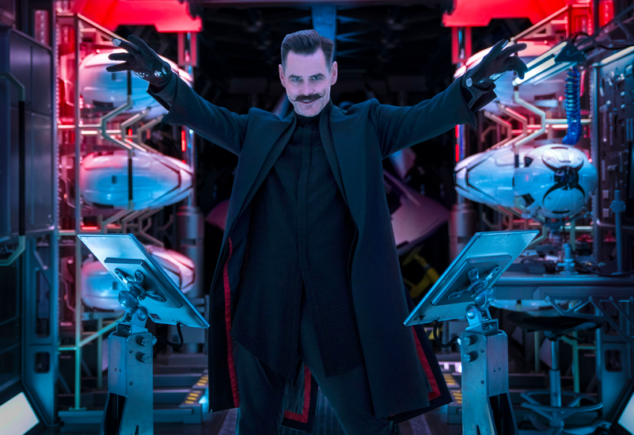 The beloved Sonic is coming to the big screen in a live action movie, keeping intact what generations of people love most about the character – his mischievous streak and sarcastic personality. The film highlights Sonic’s backstory by exploring how he came to Earth and how he deals with being an outsider in strange world. This film is packed with exciting action and tons of laughs that will be fun for both longtime Sonic fans and audiences of all ages.

This is what I personally love about Sonic the Hedgehog movie coming out. I love that this will be a great way for (ahem) my generation to connect with our kids on video games, too. I remember my husband playing this game when I was pregnant with my sons! LOL! A little background… the original Sonic the Hedgehog was released to provide Sega with a mascot to rival Nintendo’s flagship character Mario in June 1991. Sonic was redesigned by Yuji Uekawa for Sonic Adventure (1998), with a more mature look designed to appeal to older players. Sonic has become one of the world’s best-known video game characters, with his series selling more than 80 million copies as of 2011.

Make sure you take the time to watch the new trailer! It’s a great one and it’s a movie that you’re definitely going to want to make sure you see this fall! The McClelland family will be there with bells on!