I definitely look like I’m rocking a 27 Weeks Pregnant Belly. The second you see me, you know I’m pregnant. The other day my husband asked me how many more months we had until our new baby arrives. “Two? Three?” he guessed. (In his defense, keeping track of time is not his strong suit. He often asks me how old he is.) When I told him we had three more months to go, he widened his eyes and said, “Wow! You’re already so big!” (Tact is not his strong suit either.) 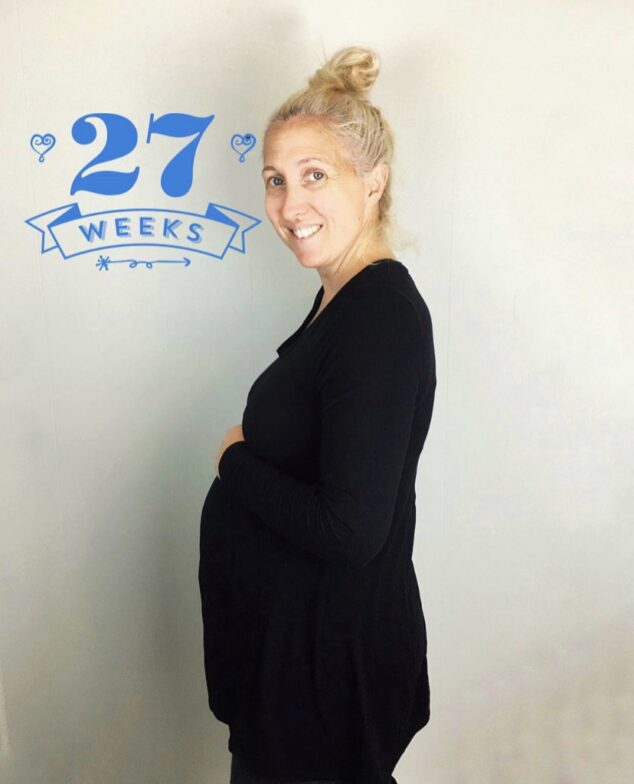 But yes, now walking around with a 27 weeks pregnant belly, I am due in just about three months with baby #3, a little boy we’re naming Brad. This means that next week I will be in my third trimester, which I can’t believe. It seems like yesterday I saw a super faint second line on a pregnancy test – I took the test very early – and paced around my kitchen bursting with nervous excitement. And now here I am with a big belly and a bunch of crazy things going on with my body thanks to a little growing baby.

According BabyCenter.com, with a 27 weeks pregnant belly:

Your baby weighs almost 2 pounds (about the size of a head of cauliflower) and is about 14 1/2 inches long with his legs extended. He’s sleeping and waking at regular intervals, opening and closing his eyes, and perhaps even sucking his fingers. With more brain tissue developing, your baby’s brain is very active now. While his lungs are still immature, they would be capable of functioning – with a lot of medical help – if he were to be born now. Chalk up any tiny rhythmic movements you may be feeling to a case of baby hiccups, which may be common from now on. Each episode usually lasts only a few moments, and they don’t bother him, so just relax and enjoy the tickle. 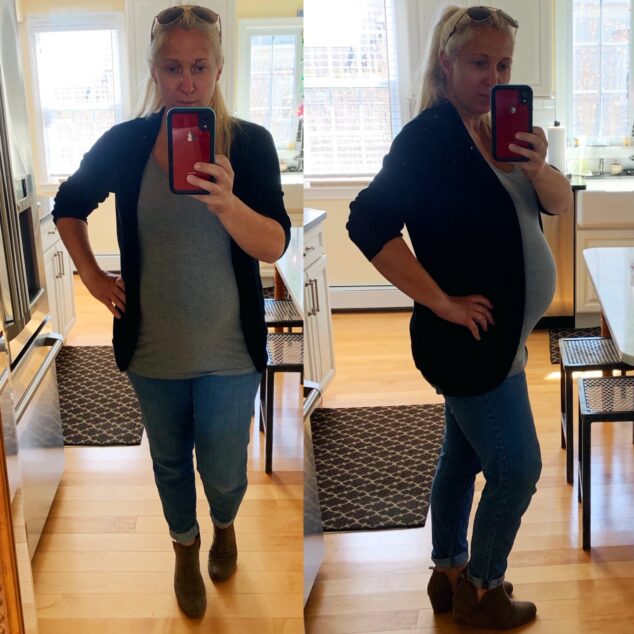 While I don’t think I’ve felt any hiccups, I’ve certainly been feeling and noticing plenty lately about my changing body. I thought it would be a good chance to outline some of my 27 Weeks Pregnant Symptoms so that anyone else who may be experiencing these can commiserate!

If you’re pregnant, too, how is it going for you? Is your husband as clueless as mine is about your due date!? (Honestly, he is an amazing husband and dad – he is just realllly bad at keeping track of these things.) If you’re at the same point as me, are you feeling any of the 27 weeks pregnant symptoms I listed?