Looking for all the Disney Princess lovers out there! I know my daughter is standing up tall with her hands in the air! She’s the biggest Disney Princess fan of all! Launching March 1, just in time for International Mermaid Day on 3/29 (who knew!?), the Disney Princess Enchanted Collection Subscription will feature none other than Ariel from Disney’s The Little Mermaid! 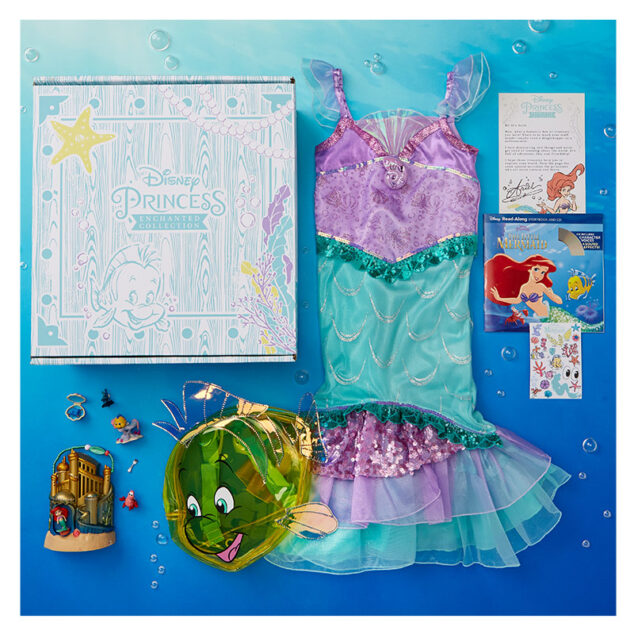 I’m a big subscription box over. I love getting items that I love delivered to my door every single month. I’m all about foodie boxes, beauty boxes and fashion boxes. Now I can be all over Disney Princess Boxes! Talk about something really special! That’s right – Disney Princesses can be delivered right to your doorstep, every other month. This is a dream come true for our family. Children discover the power of kindness, adventure and bravery as they delight in imaginative play and empowering activities!

Each box will receive access to a video greeting from the Disney Princess herself (again this month Ariel), a Princess treasure trove containing a high-quality Disney Store costume dress – FINtastic for March with Ariel! – read-along storybook with CD, royal activities a letter from the Princess and a special offer. 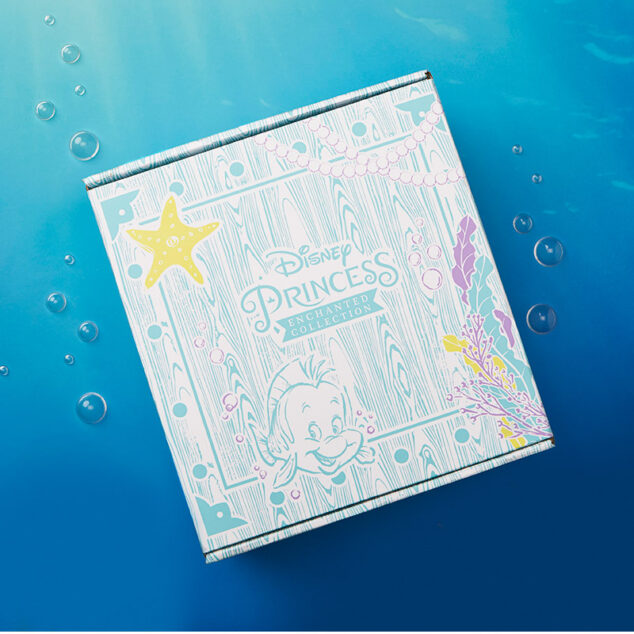 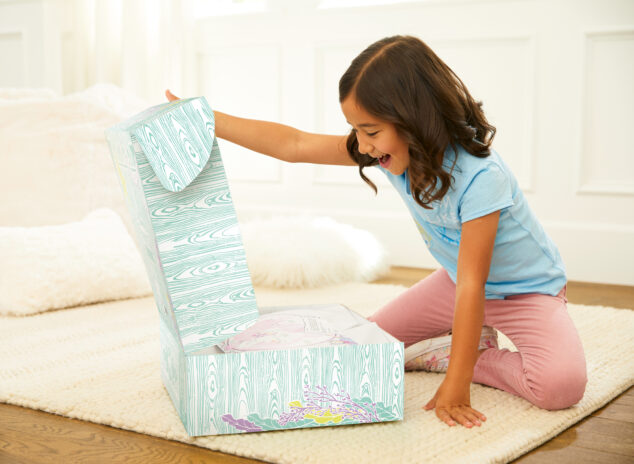 My daughter is in love with Ariel right now. I actually just got home from Disney YESTERDAY (3/1). I was on a press trip visiting the different Disney World resort properties. As soon as my 5 year old daughter heard that I was going she asked for 3 things:

I scoured Disney World for an Ariel costume and couldn’t find one ANYWHERE! Apparently size 5/6 is the most popular. I was crushed, but was able to find one online and have it shipped to my house. Fortunately around Disney World I was able to able to find heels (OK – they were Rapunzel ones, but she doesn’t have to know that) and an Ariel wand. But ARIEL was on top of Victoria’s list! She LOVES her and really feels connected to her right now.

But you know what the best thing is about little girls? Next month it will be Belle – or Cinderella – or Aurora – or Snow White – or another princess. Every month it’s someone new, so I personally love (as mom) that with the Disney Princess Enchanted Collection your little princess can have time to since on every princess there is out there!

Princess Ariel is the protagonist of Disney’s classic 1989 animated feature film, The Little Mermaid. She is the seventh and youngest daughter of King Triton and Queen Athena, rulers of the undersea kingdom of Atlantica. Ariel lived through much of her young life with a passionate – yet forbidden – admiration of the human world, and longed to someday experience life on the surface.

Ariel is the fourth official member of the Disney Princess line-up.

All About The Little Mermaid

If you’re not familiar with The Little Mermaid – in Disney’s beguiling animated romp, rebellious 16-year-old mermaid Ariel (Jodi Benson) is fascinated with life on land. On one of her visits to the surface, which are forbidden by her controlling father, King Triton, she falls for a human prince. Determined to be with her new love, Ariel makes a dangerous deal with the sea witch Ursula (Pat Carroll) to become human for three days. But when plans go awry for the star-crossed lovers, the king must make the ultimate sacrifice for his daughter.

I can’t wait for this wonderful and special box to come right to my door every month! Allow your little princess to be filled with wonder and magic when this box arrives. I have to say – the price point is right on. Disney really created a sweet spot with it because to buy these things all individually would be much more money. This is also a great gift idea for the little princess in your life, too.

Where Can You Buy It?

Check out some of my Disney content! As you can tell – we’re a little Disney obsessed in our family! Victoria is princess everything (which I love and adore) and my sons were JUST as obsessed with Star Wars (OK, they still are!) and Indiana Jones and Mickey Mouse Club when they were her age, too! What I love about Disney is that it doesn’t matter your age, the magic never goes away! My kids get JUST as excited about movies, the parks and the toys! My son Henry even asked for Pluto Pillow Pets when I was away! It’s the best!!

Have some fun reading: