Reading Sadako and the Thousand Paper Cranes, by Eleanor Coerr, with hundreds of students in both my English and Reading classes spanning 30 years, it remains an unforgettable true story in my heart, and, I’m certain, in the hearts of my former high school students. For them, it always began as a quick in-class read while studying literature from World War II. For me, it was taking them on a journey to Japan, to Hiroshima Peace Park, where in 1958 a statue was erected to Sadako, a young girl standing on top of a granite mountain, holding a golden crane in her outstretched hands.

Set in Japan, the story begins on Peace Day in August 1954, 9 years after the United States had dropped an atomic bomb on the city of Hiroshima in the effort to end World War II. For 11-year old Sadako and her friends, Peace Day was a day of “people, music, and fireworks” and foods such as spun cotton candy. To the adults, Peace Day was a memorial day to remember those whom had died when the Thunderbolt, the atomic bomb, “had turned Hiroshima into a desert.” The bomb not only killed tens of thousands of people, but left a long-term “poison” causing wide-spread leukemia that would continue to kill. 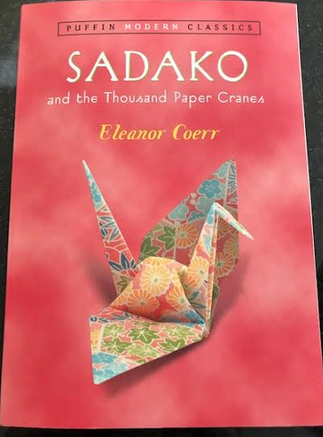 My high school students were a few years older than Sadako, the main character, but they strongly identified with her as a younger sister or cousin or neighbor. Sadako was fun and she loved festivities. She was active. She was always on-the-go, always in a rush, always skipping, hopping, jumping. She was a talented runner and her great wish was to be the fastest runner at her school. Sadako’s independence and zest for life captured my students’ hearts.

But things for Sadako would change in almost an instant when she began to feel a strange dizziness, a dizziness that she would fear but explain away while hanging onto her beliefs in prayers and good luck symbols. These beliefs and this keeping a “secret” of her inner fears of her health were things that my students could identify with. Very interesting classroom conversations arose. Many religious beliefs and opinions on prayer and good luck charms/omens were shared. These teenagers discussed their own fears of health issues in themselves and loved ones as the journey of Sadako took her to hospitalization with the fears of leukemia.

The hospital. The sickness. The leukemia. This is where the Sadako and the Thousand Paper Cranes began – the Wish, the Blessing, the Magic, the Lucky Charm – as Sadako’s best friend, Chizuko, brought to the hospital the gift of a golden crane and told Sadako of the old story – If a sick person folds one thousand paper cranes, the gods will grant her wish and make her healthy again.

So began Sadako working with paper, folding, folding, folding paper into paper cranes, discovering just how difficult it is to do so. But she persevered. After creating 10 cranes, Sadako said, “Now I have only nine hundred and ninety to make.” This is the positivity that Sadako embodied.

My high school students would be whipping through the pages of Sadako and the Thousand Paper Cranes, while feeling placed into the story itself. In each class, there was at least one student who asked if we could make paper cranes. Each time, I said yes. (I became quite adept at making paper cranes, a skill that would impress my own children and now my *grandkids.)

Soon, there were too many cranes to fit on Sadako’s hospital table, so they were hung from the ceiling. Friends and family and nurses saved paper for the cranes and every new one that Sadako made was strung from the ceiling. In my classes, we always hung our paper cranes from the ceiling. Students began making them at home and bringing them to class, in great tribute to Sadako and remembrance of this tragic time in the history of the United States and Japan. It was stunning to see. To experience.

Sadako’s health would continue to diminish, even as she folded more and more cranes. By the following autumn, Sadako had made 644 paper cranes before she died in her hospital room under her ceiling of rustling paper cranes.

I never read the end of this story of Sadako without a least one student (most times, many) in tears. The story gripped them with the both the glories and tragedies of human life. But I think it’s what happened after Sadako’s death that captured their hearts, learning that Sadako’s classmates folded 356 cranes in order that 1,000 were buried with her. After her funeral, a book entitled Kokeshi was published, containing Sadako’s letters and journal and of the 1,000 paper cranes.

The book led to a monument in Hiroshima Peace Park, unveiled in 1958, to Sadako and all the children killed by the atom bomb. She is standing on top of a granite mountain of paradise, holding a golden crane with outstretched arms.

A Folded Crane Club was organized in Sadako’s honor. To this day, thousands of paper cranes are placed beneath the statue, which is engraved with the words:

This is our cry, this is our prayer; peace in the world

Sadako and the Thousand Paper Cranes for Middle School

This is why I have introduced this Sadako and the Thousand Paper Cranes to my *grandkids, the most recent my 5th and 6th grade grandsons. Very powerful discussions come from this 63-page story. And there is, of course, the creation of paper cranes… one of the most difficult little thing to accomplish at first, but with patience and practice, the lovely result of not only the following intricate directions, great patience, even greater sense of accomplishment, but a connection to a girl from Hiroshima, Japan, from 70+ years ago and to a war that we as adults address so that one like it will never happen again. 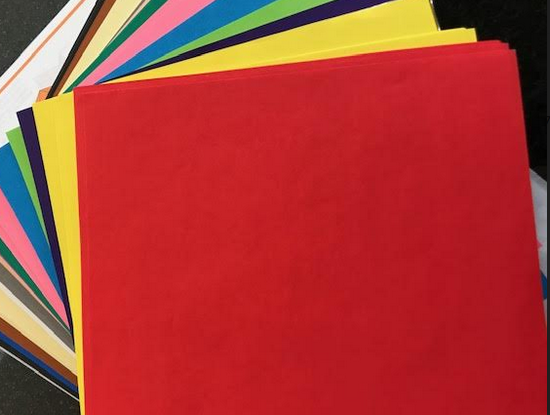 I think you, my reader, feel that I endorse Sadako and the Thousand Paper Cranes and the discussions it coaxes and demands and the HOPE it creates.

I also offer this little crane-creating tutorial. I found that my students and children (now grown) were… and my *grandkids are far more adept than I in creating these masterpieces! 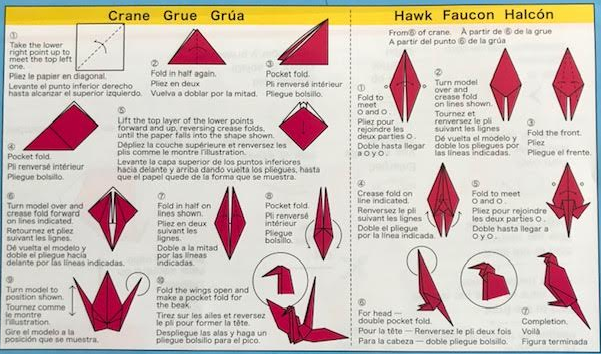 Pick up a copy of Sadako and the Thousand Paper Cranes!