Mary Poppins has been a fixture in our house since Victoria was a baby. I used to play the classic movie over and over (and over) for her when she was little and it would instantly capture her attention. It was the craziest thing to see her captivated by the movie at such a young age, but it truly – like magic – brought her right in. The music. The voices. The children. The dancing. She just loved everything about it, so it’s been one of those movies that she’s watched on her iPad or in the car for years. I’m telling you – she’s loved Mary Poppins so much that last year for Halloween (2017) she asked to be Mary Poppins! She wore that costume up and down the street as proud as can be with her little trick-or-treat pumpkin and umbrella. It just touched my heart because she was so cute and so excited! Mary Poppins… she’s magical for my girl.

When I found out that Mary Poppins Returns was being released in December 2018… I KNEW Victoria would be thrilled! I’m not talking just thrilled, but over-the-moon thrilled. The second she started seeing previews for the film on TV, she start begging me to take her. Now she’s 5 years old so she doesn’t understand the words, “when it comes out!” She just kept thinking that it was playing in theatres, so the pleading continued. She finally got her dream come true last night thanks to AMC Theatres! 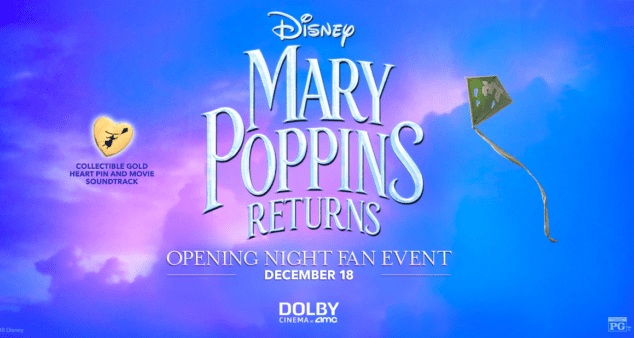 We discovered the magic of Disney’s Mary Poppins Returns at a Fan Event last night at a Dolby Cinema AMC Theatre in Dorchester, MA. It was absolutely INCREDIBLE! Victoria came dressed from head-to-toe as Mary Poppins and it was perfect! Everyone kept stopping us asking if they could take a picture or get a look at her all dressed up! She even accessorized with a Mary Poppins umbrella, pocketbook (shaped like a candy because it reminded her of Mary) and black hat. The best was that she asked for a side bun in her hair because that’s what Mary likes best! She just truly brought all the Mary Poppins magic into the AMC Theatre with her last night and it was a beautiful and amazing sight to see as her mom. It was a magical dream come true and it was even better because her entire family was with her… all of her brothers, mom and dad! 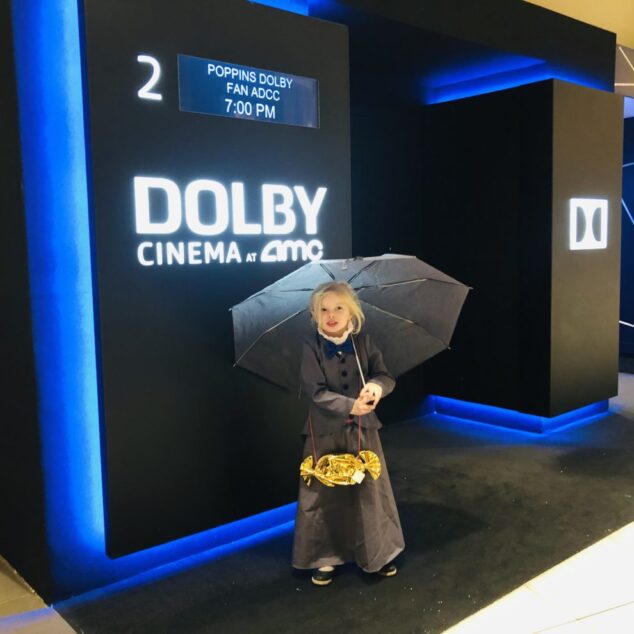 I don’t want to give too much away about the movie because you just need to see it. I read online as much as I could about Mary Poppins Returns and knew heading in that the premise was…

Now an adult with three children, bank teller Michael Banks learns that his house will be repossessed in five days unless he can pay back a loan. His only hope is to find a missing certificate that shows proof of valuable shares that his father left him years earlier. Just as all seems lost, Michael and his sister receive the surprise of a lifetime when Mary Poppins — the beloved nanny from their childhood — arrives to save the day and take the Banks family on a magical, fun-filled adventure.

… but what really captured me about the movie were these 5 things (don’t worry – no spoilers!!) 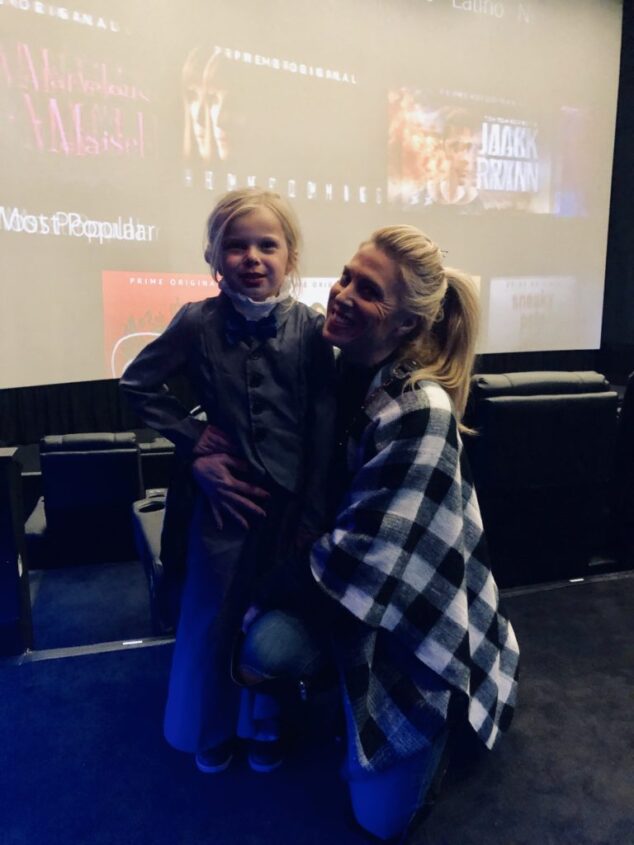 1. It takes you by surprise! I was completely surprised by the storyline and it was really so much fun to see a new spin on the classic movie.
2. You will 100% want to buy the soundtrack, I’m telling you right now – the music is superb in Mary Poppins Returns! You will be singing and humming these tunes all the time with your little ones (and by yourself!).
3. Emily Blunt was spectacular! She dazzles as the “new” Mary Poppins. I know that was one of the things I was curious and I was just completely taken by her performance! This role was truly a home-run hit for her!
4. As for Lin-Manuel Miranda – OMG! He was amazing! I only knew him from his iconic Hamilton fame, but his role as Jack just completely changed that for me! Holy smokes – he was awesome! Keep your eye on him! He’s great!
5. You will want to see this again and again. There’s not many movies you can say this about after you leave, but it’s true! You will 100% want to see this tomorrow (I already have my little Poppins asking!). 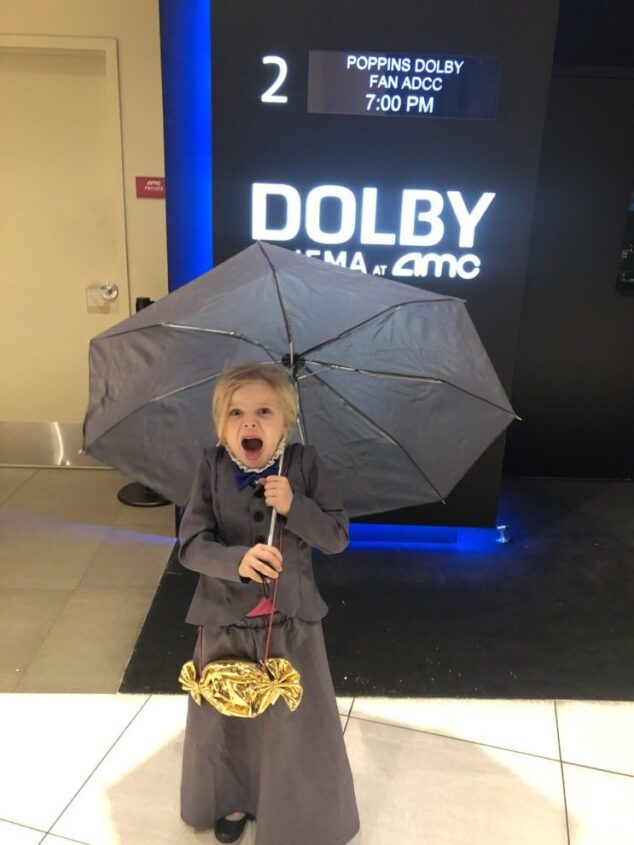 I will share this with you – you need to see this movie at a Dolby Cinema, which is only at AMC Theatres. It’s the ONLY want to see a movie like this one! It’s a great way to enhance the movie experience – from the comfy seats to the surround sounds it’s just the way to go. My kids literally didn’t move throughout the entire movie – all 5 of them! There’s nothing like seeing a movie fully relaxed, just like you’re sinking into your own couch! It’s – yes – the way to go!

Make sure you bring your family to enjoy Mary Poppins Returns! It’s such a throwback to our ow childhoods and it’s a beautiful thing to see the “new” Mary Poppins touching the lives of our own little ones now, too!!

Disclosure: This is a sponsored post with AMC Theatres. All opinions are 100% my own.