The magic of Santa is within all who believe. I’ve always felt that and I’ve always believed that in my heart. Christmas is about so many incredible things, but Santa – for kids – is the “big” one.  Sharing the Santa Secret isn’t easy or isn’t something that any parent necessarily wants to do, but there does come a point in time when it’s something that just needs to be done. 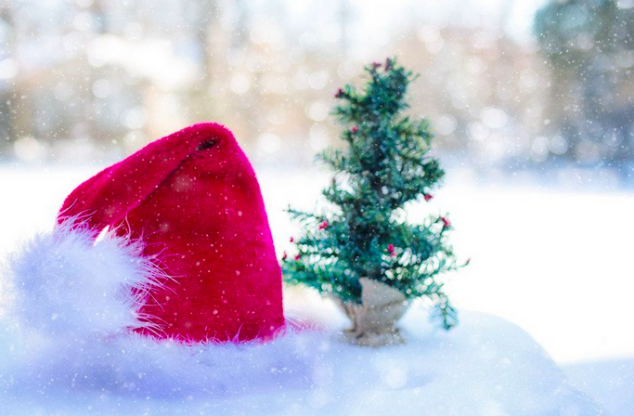 I’ll never forget confirming the news to my oldest son William. He was 10 years old and on a swim team with some older boys. He was a good little swimmer, so they moved him up a lane to swim with the 13 and 14 year old boys. I would always stand outside the locker room waiting for him because he was so much younger than these boys, and I would always hear him talking with them. He was so innocent and cute as an 10 year old, but he was always very wise for his age and acted older. There was one particular night, near Christmas when I heard them talking about what they wanted for Christmas. Each of them were dishing on what they asked for and then William said, “I hope Santa brings me… ” and I forget what he said, but laughter just erupted from the older boys. I honestly (in my heart) wanted to go in the locker room and pull him out, but I couldn’t. I started to loudly call his name, just so the boys would know I was out there… and within a few minutes out he came! In all honestly, he wasn’t phased by the boys laughing. On the way home he matter-of-factly asked me, “Are you Santa?” Tears started to stream down my cheeks because I didn’t want the conversation to be had like this, I wanted it to be when he was a little older. I knew the boys had “ruined” it for him and (to be completely honest) I knew William had been questioning “Santa” for the last couple of years. I don’t remember how the conversation went after that because it was a few years ago, but it went well and we had a really good talk about it and I let him know that now the magic had been passed along to him with his brothers and sister. He was now IN on the magic of Christmas. I remember him thinking that was cool and he felt excited to be in-the-know with us and still continue to make Christmas special for his siblings.

How to tell your Kids about Santa

How do you tell your kids about Santa? is a question I often get from other moms and dads because it’s something that we’ve gone through with (sadly now) all the boys. Actually – this is the FIRST CHRISTMAS – that all my sons are in on the magic of Santa.

It’s funny – William actually became an asset to us after he found out. He was able to get the inside intel on everything that the kids wanted for Christmas and when he knew that something probably wasn’t going to happen… he would somehow talk his brothers out of wanting it. It was actually the best thing in the world to have him on the “inside.” 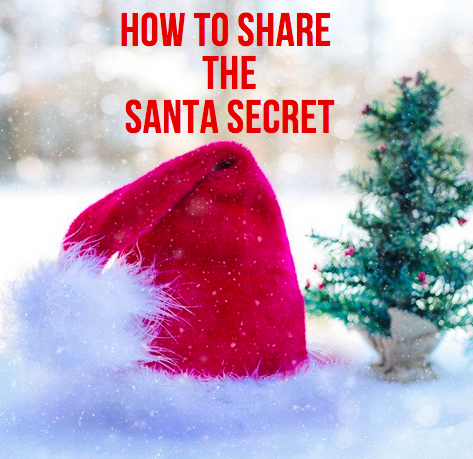 How do you know your kids are ready for the Santa conversation?

How to tell your kids about Santa

1. If they’re asking you a million times if YOU ARE SANTA, then they mostly likely are ready to have the conversation. Kids nowadays with the internet and friends and all that’s available to them at their fingertips are sharing the magic of Christmas too fast and too early. I just recently had a mom tell me that her 3rd grader asked her if Santa was real because she watched a YouTube video talking about it. It’s different than it was when we were kids. Santa could “call” you year round to check in and see if you were being good. There wasn’t caller ID or anything like that “back then!” If your child is continuously asking and you can see and feel that they “know”… use your best judgement as to whether they’re ready.

2. One of the biggest things I had to come to grips with is that it’s not just about me wanting the magic to stay alive, it’s about my child. I would’ve kept the kids in the dark on Santa till they were old and gray if I could! The magic of Christmas will always be magical with what you bring to the table. Santa isn’t the only magical feature of Christmas, there’s so much more – much, much more! This is important to keep in mind.

3. I don’t want to say there’s a specific age, but I will say… when kids hit 6th grade, it seems to be the tipping point. That’s usually around 11 or 12 years old. 6th graders are with 7th and 8th graders. They’re around older kids. You don’t want you child to be made fun of and this is something that you need to keep in mind. I’m telling you – my heart broke listening to the boys laugh at William. It made me realize that many parents don’t have the conversation with their kids AFTER they discover the “truth” about Santa. This needs to be something that all parents think about after they share the news… kids must keep the magic alive for the ones who still believe.

How you share the Santa news is up to you! 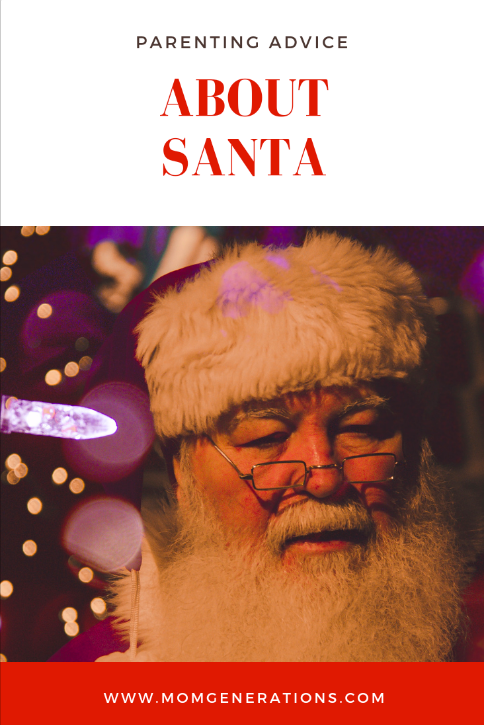 We went with the direct conversation with the kids. Ben and Henry JUST found out recently. They absolutely questioned it, but they never asked us. It was funny – when we told Ben he said, “I kinda already knew because I found boxes in the basement of toys last year and then we all got them from Santa.” See?? Sometimes they just find out on their own! The cutest was when we told Henry and he said, “So there’s no Easter Bunny or Tooth Fairy then, right?” We laughed and he said, “PLEASE tell me there isn’t because I’ve been scared of this big rabbit coming into my room my whole life!” It was great seeing the conversations be funny and light.

And the best part of all… they are all keeping the magic of Santa ALIVE for Victoria! She’s only 5 years old and has a good amount of years of magic in her. I don’t want that ruined for her because she’s just in the beginning stages of the true wonder and magic of Christmas!!

Here’s to all the moms and dads out there that still have to go through this… it’s not always easy, but it’s something that you can get through!

BUT PLEASE – AGAIN… if your kids are in on the magic of Santa, PLEASE remind them NOT TO TELL OTHERS!! Kids shouldn’t find out on the playground at school from kids laughing at them ot mocking them. PLEASE MAKE SURE YOU LET THEM KNOW not to ruin it for others.