Is it for real?

Cat scan days are never easy. I’m a nervous wreck for 24 hours and I try my hardest to forget about results the best that I possibly can, but it’s borderline impossible. I call it scanxiety – scan-anxiety.

Scanxiety: the tension which builds particulary amongst those who have or have had cancer as they move towards their regular check up scan, hyperscanxiety being the period as they await results!

If you’re not familiar with our story, let me start from the beginning. 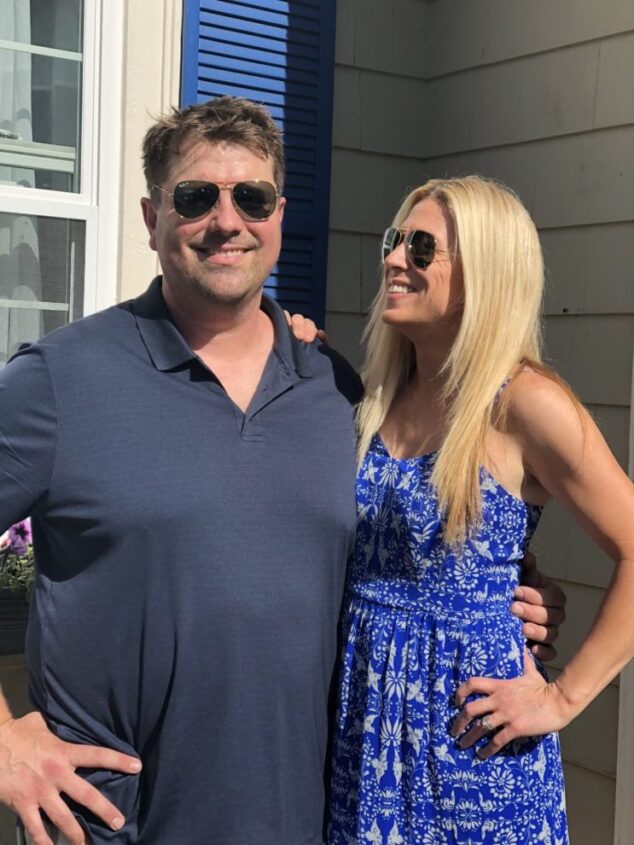 On January 29th, 2012 I rushed my husband Matt to the hospital because he was experiencing severe pain in his stomach. We thought it was Appendicitis, but we were wrong – very wrong. He ended up having a cancerous tumor which needed to be removed from his abdomen immediately. It truly came out of nowhere and it quite literally rocked our worlds. I actually remember driving him to the hospital that night and thinking to myself, “I hope you don’t have Appendicitis.” Oh, GOD… really, if only it had been that. For three years Matt was on a GLEEVEC Chemo Pill that he took every night before bed. It had side effects – aches and pains, drowsiness, upset stomach – but none of it bothered him because he knew he had to take it, he did it all without complaining. We made the decision as a family for him to go on the drug because it took the chances of the tumor coming back from 25% to less than 10%. We like the less than 10% odds better.

Immediately following this happening, Matt started going for routine cat scans every 6 months. They are and have been the BIGGEST worrisome in the world for me. I can’t sleep the night before. I can’t eat the day of. I can’t think the day of. I’m just truly a mess until I hear from him. For the first 5 years Matt would go to Dana Faber and get the cat scan and the immediately go to his doctor and wait for the results. Within the last year he does the scan on one day and then gets the results the next day. Those 24 hours of waiting aren’t easy, they aren’t easy at all. It’s been a crazy journey over the last 6 years. In November of 2013, Matt went for his routine cat scan and they discovered a fuzzy spot on the scan in his gut, so they told Matt they wanted to monitor him and have him comeback in 3 months. His doctor at Dana Farber told Matt he wasn’t concerned about it and that he thought it was fatty scar tissue or something along the lines of that, but I was happy that they wanted to do a follow-up. It did turn out to be fatty tissue, thank goodness. Then in 2016 his cat scan picked up some markings on his liver, which they wanted to do some further tests on, thankfully that turned out to be nothing, too. The last 6 years have certainly taught us a valuable lesson – your health is something you can’t and shouldn’t take for granted and count your blessings every single day. 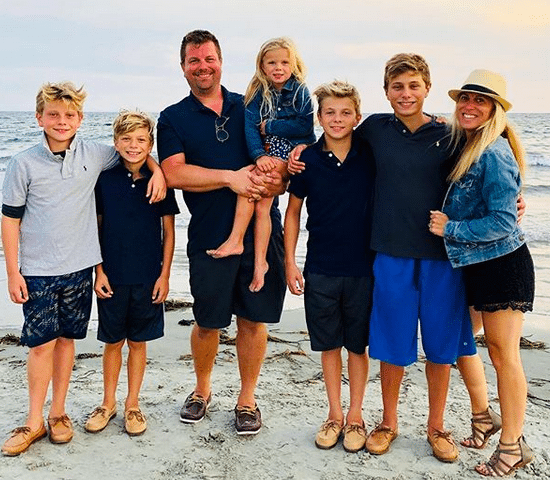 As the kids have gotten older, they’ve learned more and more about Matt’s medical history. It’s something that I didn’t want to scare them with years ago because they were so little. I was worried that I would make them scared. I gave them very high level information so they wouldn’t think too much about it. Now with the boys being in their teen years, I talk to them at face value about everything. They know I get scared on Dad’s cat scan days, but I still find myself trying to downplay it so they won’t be too nervous about it. I keep trying to use the mentality, I don’t want them to worry if they don’t have to.

I always mark the cat scan days on my calendar and just dread it coming up because I know it’s going to be some days of worry. I can’t help it. He’s my husband. I love him more than life. He’s my everything. My rock. My husband. My best friend. 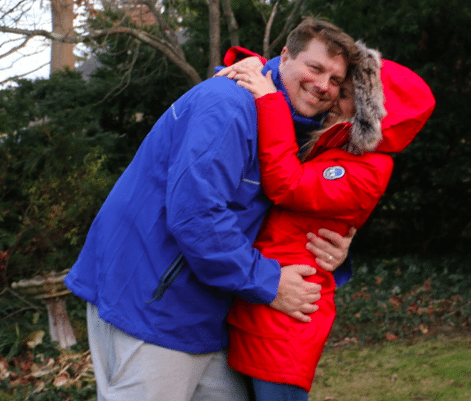 He went yesterday up to Dana Farber in Boston for his cat scan and then went about his day. He woke up extra early this morning to head back up to Boston to get his results at 7:30AM. I kept listening for my phone to ding with a text message while I was getting Henry and Victoria ready for school. My heart beating a mile a minute, just wanting to hear and see the words that I pray to see and hear!

I can feel myself actually get lighter.

The scanxiety slowing creeping away, out of my system.

For anyone who has to go through this for themselves or a loved one… I’m sending you a virtual hug and a prayer. It’s not easy. It’s not even fair. It’s part of life and it’s just learning to deal with it as we go along this beautiful thing called LIFE!

What is SCANXIETY? Cat Scan Days Are Never Easy was last modified: October 23rd, 2018 by admin