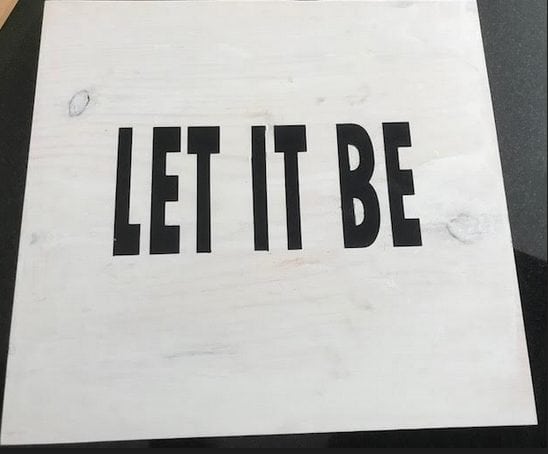 I haven’t written a blog post in a very long time.

I’ve been living my life and celebrating the flow of days since my Mom passed into eternal life on December 7, 2017. But the missing of my Mom has been sometimes a shadow, sometimes a conversation, other times a full-out river of tears, but oftentimes a string of memories of moments that travel back to my first recollections that a child of 3-or-so can muster to every single moment I spent with my Mom since.

Rita was always a presence. She was quiet and gentle and tiny in stature, but she was the strongest and most formidable woman I would ever know or meet, and I would be the only girl to call her Mom. Like others of The Greatest Generation, my Mom, Rita, lived through a lot. A LOT. Her two brothers going off overseas during WW II. The early death of her father, a fireman in Boston, who would leave a wife and 6 children, Rita being the second child and oldest daughter. Rita was 18 at the time and worked in an office, helping her Mom with household necessities. Not marrying young, waiting for someone, someone to sweep her off her feet, all the while labeled an “old maid” at age 25 by her many Irish uncles. And there were plenty of uncles, one blind, verbally abusive, whom my Nana was kind enough to take into her home. My Mom would marry a Navy man, travel the country, love every minute of this, but spend months upon months as a “single Mom” of 3 young kids while my Dad was out-to-sea. She never complained. Rita was meticulously organized and loved chores done early so us kids could get out the house to the Navy Pool or San Diego Zoo or playground or any activity that kept us busy and active. My youth was activity. My Dad would retire from the Navy, get a very nice civilian job, and suffer a fatal heart attack at age 47. My Mom became a widow at age 50 (yes, we always teased her about her “cougar” status). She began applying for office jobs 3 weeks later, was hired, and worked until she retired.

I wouldn’t see, or perhaps recognize, until much later in MY life, the philosophy that my Mom had developed way, way early in her life, perhaps as a close-out-the-noise mechanism as a girl or as a forerunner to how she dealt with Life’s great moments as well as its most tragic moments.

A forerunner to perhaps the greatest of all Paul McCartney songs – LET IT BE (1970) – was my Mom’s mantra far prior to this song. If she said this to me once, or a trillion times, I can still see her beautiful, calm demeanor and face, her tiny frame saying the biggest 3 words in this universe. LET IT BE.

Because I am the fire to her calm. I am the crazy to her sane. I am the loud to her soft. I am the obscenities to her pure.  My favorite memories of Rita is when she’d say, “Sharon, I don’t know where you came from.” And laugh. Truly LAUGH. Because she meant it. Then she’d say, about whatever it was that burned my heart, soul, spirit or mind at that moment, “Sharon, LET IT BE.”

I loved the song. I was 17 when this song was released.

I just didn’t know that its philosophy not only defined my Mom, but would come to define me.

It wasn’t ’til I began running and competing in triathlons many years ago that in the quiet of my training and playlist, I would hear, truly hear, the lyrics to one of my favorite songs of all time – LET IT BE.

I was so mesmerized with how much these lyrics were my Mom, that I researched the song:

Paul McCartney: Then one night, somewhere between deep sleep and insomnia, I had the most comforting dream about my mother, who died when I was only 14. She had been a nurse, my mum, and very hardworking, because she wanted the best for us. We weren’t a well-off family- we didn’t have a car, we just about had a television – so both of my parents went out to work, and Mum contributed a good half to the family income. At night when she came home, she would cook, so we didn’t have a lot of time with each other. But she was just a very comforting presence in my life. And when she died, one of the difficulties I had, as the years went by, was that I couldn’t recall her face so easily. That’s how it is for everyone, I think. As each day goes by, you just can’t bring their face into your mind, you have to use photographs and reminders like that.

So in this dream twelve years later, my mother appeared, and there was her face, completely clear, particularly her eyes, and she said to me very gently, very reassuringly: “Let it be.”

It was lovely. I woke up with a great feeling. It was really like she had visited me at this very difficult point in my life and gave me this message: Be gentle, don’t fight things, just try and go with the flow and it will all work out.

So, being a musician, I went right over to the piano and started writing a song: “When I find myself in times of trouble, Mother Mary comes to me”… Mary was my mother’s name… “Speaking words of wisdom, let it be.” There will be an answer, let it be.” It didn’t take long. I wrote the main body of it in one go, and then the subsequent verses developed from there: “When all the broken-hearted people living in the world agree, there will be an answer, let it be.”

The most interesting and magical and personal thing about the lyrics of Let It Be is that my Mom’s birth name is Mary Rita and that I have a deep devotion to the Blessed Mother, Mary. Each time this song popped up on my shuffled playlist, I was deeply moved, sometimes to tears, at the feeling, aura, presence of my own mother, “Mary” Rita.

When Rita died in December, I grasped onto this song on a much higher level, a spiritual level, an ethereal and continued message from my Mom. Coming from the afterlife.

Her mantra to me. Her calm, her experience, her brilliance, her advice, her goodness, her spiritual meaning, her reassurance, her TIP to me to just “Let It Be” — all the meaningless stuff and things people do to each other and stuff we must not endure, but rather dismiss.

Move on, out, above.

There will be an answer.

Last evening, I attended a very fun “Reclaimed and Refined Signs” night out, where each participant created her own personal piece of art. This is mine, ready to hang in my kitchen, to inspire me each day. I stained the wood to purposely keep the grain like Life itself — weathered where its weathered, nicked where it’s nicked, knotted where some strength was required to keep it together — Black & White.

But there are also times of LET IT BE.

These times of peace give us the strength of spirit to listen to the answers of our hearts and get the important things done.

My Mom knew this all along and continues to teach me this great, great Lesson.

LET IT BE was last modified: August 27th, 2018 by Sharon Couto
SHOWHIDE Comments (0)