The Benefits of Spending One on One Time with your Kids

William is the oldest McClelland child. He’s our trailblazer. He’s our first-born. He’s the one that made us want more (and more and more) kids.

I’ve always said that William really never got to enjoy the benefits of being the first-born.

William was 3 1/2 months old when I found out I was pregnant with Alex.

William was 19 months old when I found out I was pregnant with Ben.

And then William had just turned 3 when I found out I was pregnant with Henry.

William definitely had our attention, that goes without being said… but William only had 3 full months of just US. William doesn’t remember just having it be the 3 of us at home. You know, just Mom and Dad. I know that kids don’t NEED this time, but I’ve always felt that William was born into being an older brother. He never had it any other way. And let’s face it, I’m right because by the time he was 4 years old he had the job down very well with 3 younger brothers!

I’ve always had the intention of spending one on one time with the kids. I think it’s important and most of all, special to do this with them. I’m one of 4 kids and my parents used to do what they called Special Nights with each of us. My parents would let us pick a special restaurant and something fun to do with just them. I’m telling you – it was something I looked forward to every single year. We were all given ONE special night a year and it was that indeed – special. I remember going to the musical Annie with my parents one time and feeling like the luckiest little girl in the world. We didn’t grow up with a ton of money, so it was these special moments that really made a lasting impression because it was something that we normally couldn’t and didn’t do as a family of 6.

As the kids have gotten older and our lives have gotten fuller with work and activities and school and just life responsibilities… I often find myself feeling like I’m swimming upstream. I just want to spend time with my family, but so often it’s tough to manage and do when we want to do it. I knew we needed to make some changes. This summer we decided to take a gigantic step back on activities and it’s been the best decision we’ve ever made for our family. Our weekends are jam-packed with swim meets. Our afternoons are filled with rushing to basketball courts and swimming pools. My family needed a gigantic BREAK and it was something that I was afraid to do, but knew that we needed to do it. The result has been life-changing for us. We’re more in tune than ever because we’re not constantly rushing here, there and everywhere.

One thing I almost committed to doing this summer was spending ONE ON ONE time with the kids. They are getting to be young men and I don’t want time to slip away from me too fast without trying my hardest to hold onto it. I can’t stop time, but I can make memories that will live within me forever.

With William being our first and the one who (as you could see from above) never really knew what it was like to be anything but the oldest brother… I knew starting with him first would be the best thing to do. William is so much like me in so many ways and so much like my husband is so many ways… but it wasn’t until this weekend where I really go to see these pieces of him come out so clearly.

He is my husband.

He’s a perfect version of a mix of the two of us and it was wonderful to get one on one time to really enjoy him without any distractions from siblings or work or anything! 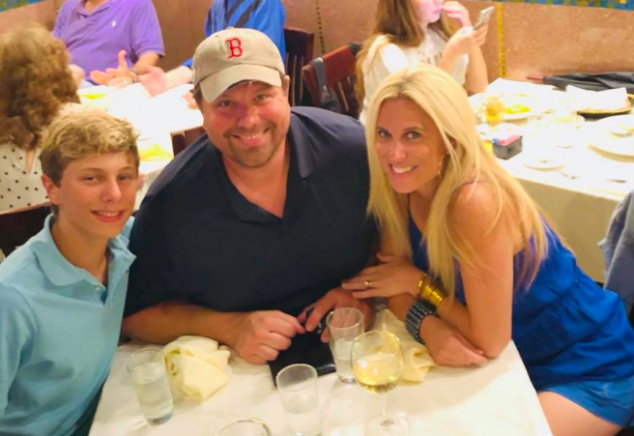 I had a work engagement in NYC on Saturday afternoon, so we decided to make it a weekend in NYC! William was born in NYC so I’ve always considered him a New Yorker! Every time we head into the City now we’re in and out. There’s no time to walk around and really take in the City. Trying to manage 5 kids in the City isn’t always easy, so I try to avoid the City with everyone as much as possible. But we wanted to show him the apartment we brought him home to and where we used to go with him when he was a baby. And really bring him down memory lane.

But it was the little things that really made a BIG difference to me, these were the benefits of one on one time. 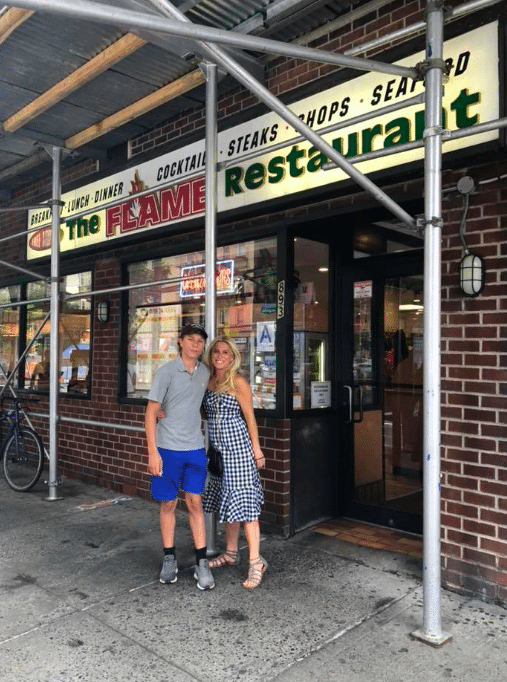 We talked the entire car ride to NYC, which is something that you normally can’t do in a car of 7 people! We even played card games (him and I, not Matt!) on our way up! We talked about school and swimming and his friends and his goals for the next year. William didn’t have to worry about Victoria coming in to ask for a glass of milk. Or his brothers barreling into the room fighting about Fortnite. It was just us with William and he was able to get just us, too.

William also used to major compromising in our family. Whenever we go places it’s basically either a Mom/Dad decision or a kid vote. William doesn’t always “win,” so this was fun for him to get to do what he wanted to do. He kept changing his mind, which was funny… but it was William time. The only thing I put my foot down in NYC was him going to Dave & Busters. I figured we can do that in RI VERY easily! 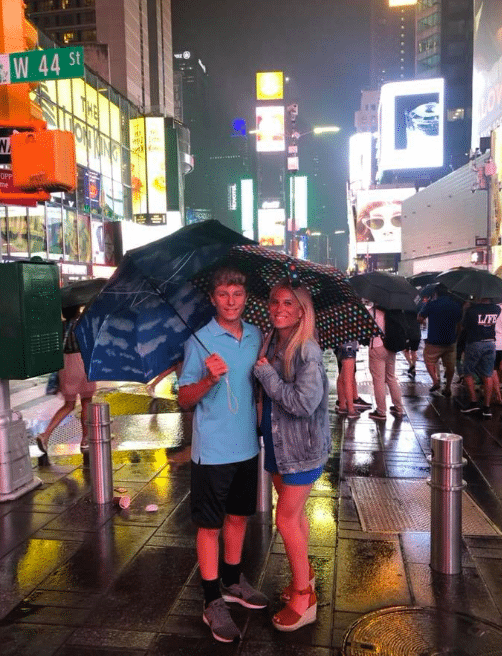 William wanted Korean BBQ, so off we went1

William wanted a Fortnite hat, so we got it.

William wanted to walk through Times Square at night, so we did.

William wanted to head back to the hotel and rest for a little (a.k.a. – play on his phone), so we did.

William wanted to have a “BIG” breakfast, so we did.

William wanted to take the subway, so we took the subway.

We wanted it to be about William. 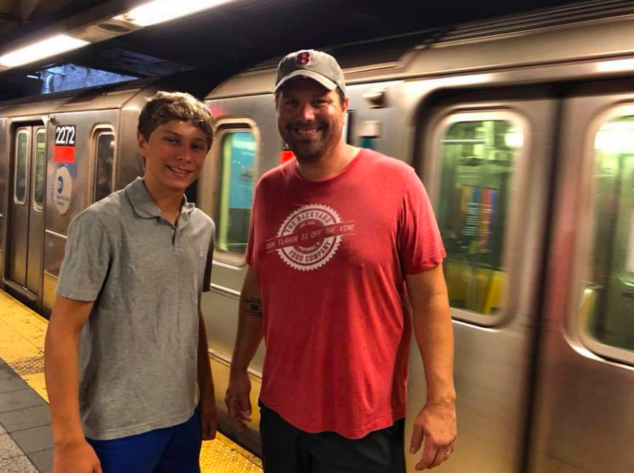 Being able to be with William and laugh with him and talk with him and really just BE with him was the best. He’s such a wonderful young man and I really felt happy to be able to give him this time with us. He’s so funny, but so many times I don’t hear the stuff he says because he’s always in a sea of kids. He’s so witty, but I don’t often get to hear the things that he can come up with fast. He’s so smart and I often take that for granted and don’t take enough time to talk about things that I know are important to him. He also loves his family, and it was cute to see him ask so many questions about things that are going on with us and our extended family… and also him asking us questions about work. He’s big into politics, so it was cute to hear him and my husband go on and on about issues and the state of the country right now.

WHAT ARE THE BENEFITS OF ONE ON ONE TIME?

I can’t express how important it was to just take the weekend to getaway with William.

I can’t say that enough.

These “Special Nights” will now be a part of our family.

Now I get it. It meant even more to them, too.

The Benefits of Spending One on One Time with your Kids was last modified: July 23rd, 2018 by admin
SHOWHIDE Comment (1)

The Benefits of Spending One on One Time with your Kids was last modified: July 23rd, 2018 by admin