Her First Concert: Taylor Swift Reputation Tour in Boston for the WIN 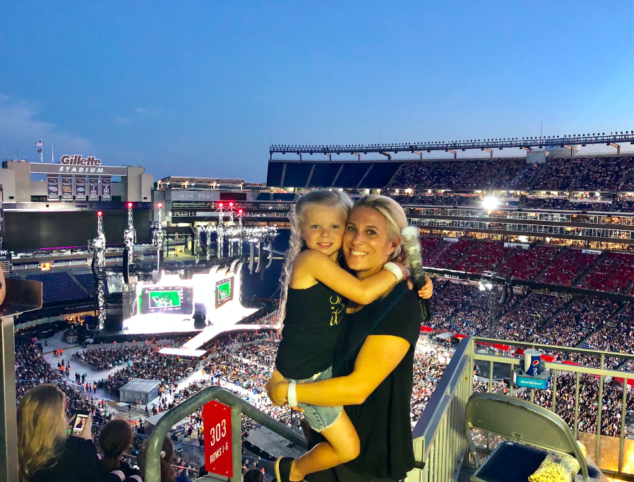 I’ll never forget my 1st concert. I was in high school and my parents took me to Lupo’s in Providence, RI to see Meatloaf! My parents were HUGE Meatloaf fans, which means I became one… so when they came to Providence, they made sure to be there and bring me, too! It still makes me smile.

Fast forward all these years later. My daughter is OBSESSED with Taylor Swift because I love Taylor Swift. I’ve played her songs around the house since I was pregnant with her! Victoria has literally been listening to Taylor since she was in a baby. The song “22” is one of my all-time faves, so that’s always been a staple around the house… as is “Shake it Off!” You can’t beat Taylor Swift songs! They have a great beat and they’re so much fun to dance to around the house.

When I first heard that Taylor Swift was coming to Gillette Stadium in my neck of the woods, I jumped at the chance to go with a bunch of my friends! We bought tickets the day they opened up to the public and started counting down! A few weeks later one of my good friend’s asked if I would ever be open to taking our girls to the concert on the Thursday night concert.

And so… Victoria’s very 1st concert was in motion! Taylor Swift. July 26th, 2018. We went with one of my good friend’s from childhood and her daughter – who happens to be one of Victoria’s besties, too! These two girls were the cutest ever! We wanted to give them the full experience, so we went early to tailgate and really enjoy everything TAYLOR! 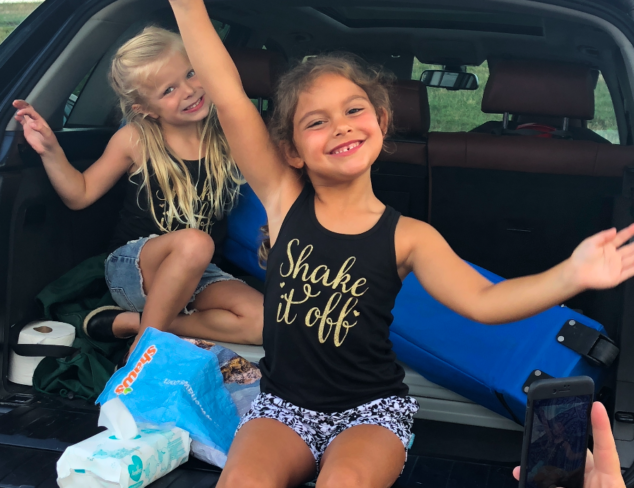 Heading into the concert was adorable! Victoria’s face was PURE AMAZEMENT! I mean – just look at these 2! 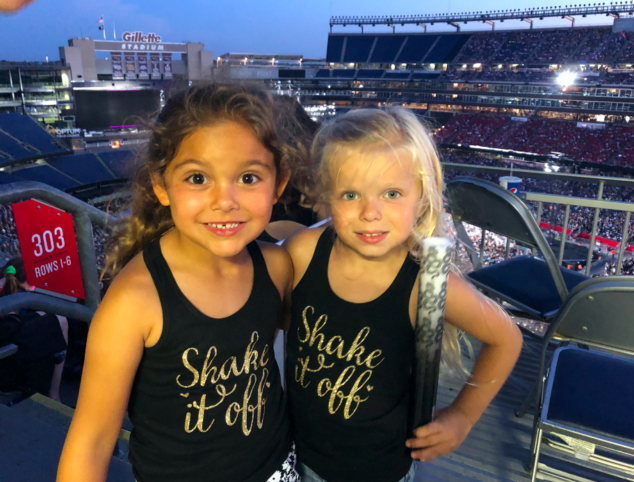 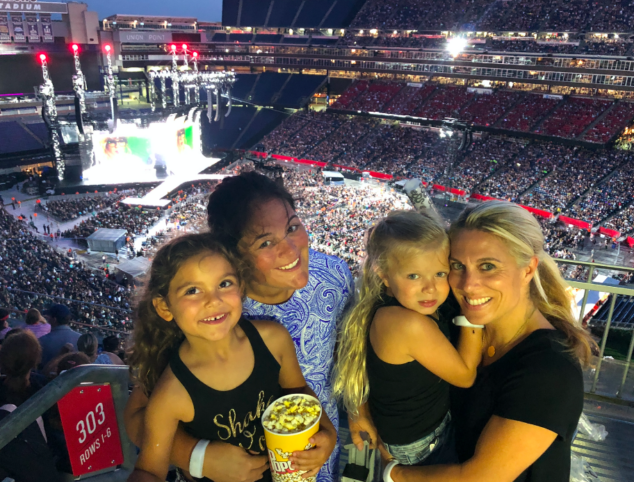 If you’ve ever seen Taylor Swift in concert then you already know that she’s an incredible performer. She rocked it left and right! She kept us captivated and singing and dancing throughout the entire concert! It was so much fun to see SO MANY PEOPLE of all ages enjoying Taylor! 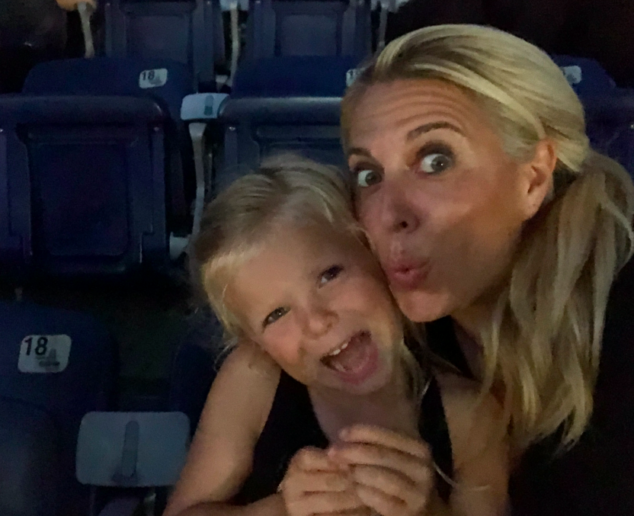 I tried my best to take as much in as I could without my phone out because it was more important for me to be in the moment, but I did capture some footage! I hope you enjoy it!! Victoria’s 1st concert and I have some pretty fun proof for her someday!

If you can get to one of Taylor Swift’s concerts… GO! MONEY WELL SPENT!!

And to see these girls dancing with their arms around each other just made my life! 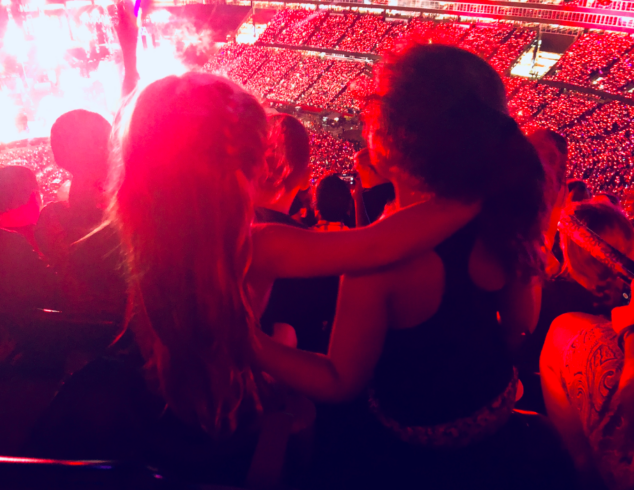 Her First Concert: Taylor Swift Reputation Tour in Boston for the WIN was last modified: July 31st, 2018 by Audrey McClelland