Visiting a Tulip Farm needs to be on your spring bucket list because it’s really a must-do in the spring! It’s something that I’ve never done before, but always wanted to do. When spring rolled around this year, I knew it needed to be an activity we did this year! We have a Tulip Farm here called Wicked Tulip in Johnston, RI that sells out super quick. I was actually on the ball this year and make sure to grab tickets when they became available! I wanted it to be something for Mother’s Day, so I secured tickets for Friday – May 11th – to kick off Mother’s Day weekend. What I didn’t know before I booked the tickets was that it was also a dance night at William and Alex’s school… so the rule became – LET ME HAVE AN HOUR OF NOBODY ASKING “When are we leaving?”

I just wanted Friday evening to be about me and tulips and embracing the beauty of Wicked Tulips. 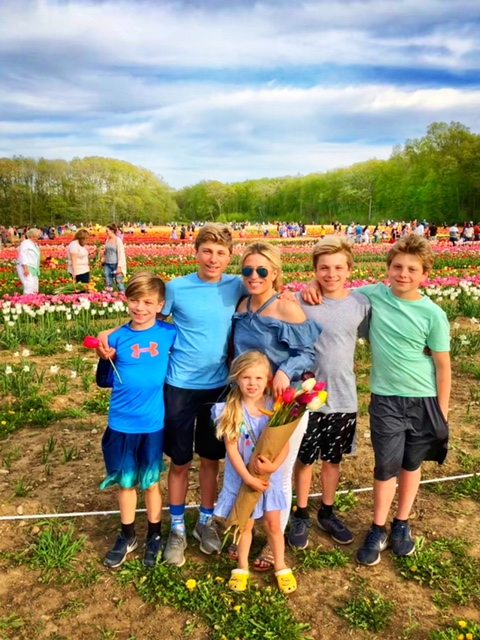 And it was, which was fantastic. Were there a few bumps along the way?

Victoria wanted to pick every tulip.
Nobody wanted to carry the tulip basket.
Everyone kept joking around when I took photos.
BUT! We prevailed on! 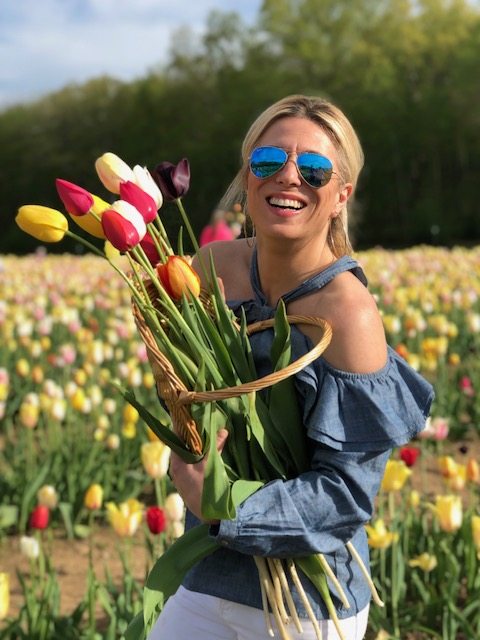 If you’re not familiar with Wicked Tulips, let me share this with you because it’s a great story…

Husband and wife team – Jeroen and Keriann Koeman – and their first blooming business that was called EcoTulips. It began in 2009 when Keriann, a self described “green girl” met Jeroen Koeman, who hailed from a Dutch family of tulip growers. They fell in love, got married, and started the first certified organic flower bulb company in the US, EcoTulips.com. In September 2015, they moved from Central Virginia to Rhode Island and started their new endeavor Wicked Tulips Flower Farm. In 2018, the couple decided to simplify things and combine EcoTulips.com with Wicked Tulips Flower Farm. They will now sell all their products under the same brand-name Wicked Tulips. The duo has been importing bulbs from Holland since 2009 and are now growing their own! Keriann is a native New Englander, so Rhode Island’s proximity to family combined with the colder climate made it perfect for starting a tulip farm here in the States – a long time dream of Jeroen’s. They are incredibly proud and excited to be the only tulip bulb growers on the East Coast!

I have to say, this will be an tradition I do every single year. It was that kind of gorgeousness and that kind of beautiful. I felt so peaceful there and really just took in the sights and the smells. We also picked a dozen tulips for home, just $1 a stem. 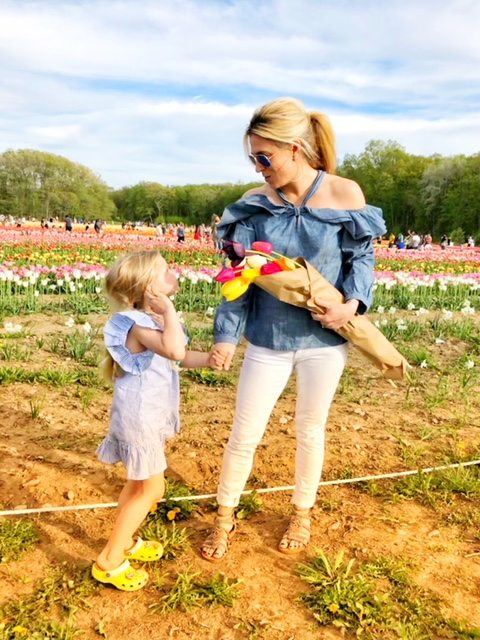 I know that my kids went because I wanted them to go, but I know they loved it, too. It was funny watching Victoria (literally) giddy as she pranced around! And the boys warmed up to the tulips, too. And even grabbed a photo of me and my husband! 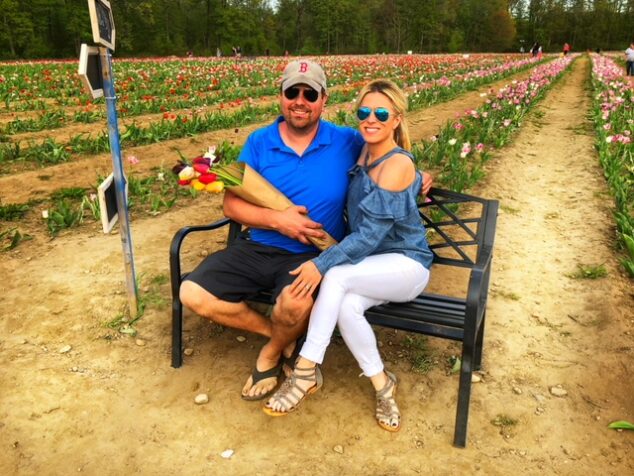 Do yourself a favor, visit a tulip farm if you have the ability to do it! You will fall in love with the tulips and the beauty!! 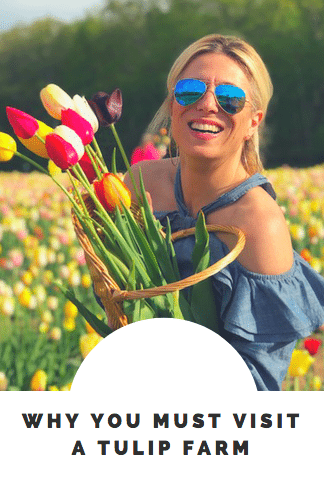 Visit a Local Tulip Farm was last modified: May 14th, 2018 by admin