Screenwriter Jennifer Lee Talks “A Wrinkle in Time”. We had the chance to interview Jennifer Lee, the screenwriter (and FROZEN the film Oscar winning director and the writer of FROZEN on Broadway) of A Wrinkle in Time. To be honest with you, I was VERY excited to interview Jennifer because she’s such a rockstar in my eyes! Not everyone has the talent of a screenwriter, it’s not easy. It takes a lot of blood, sweat and tears. Just being in her presence was cool enough, never mind getting the chance to ask her questions. 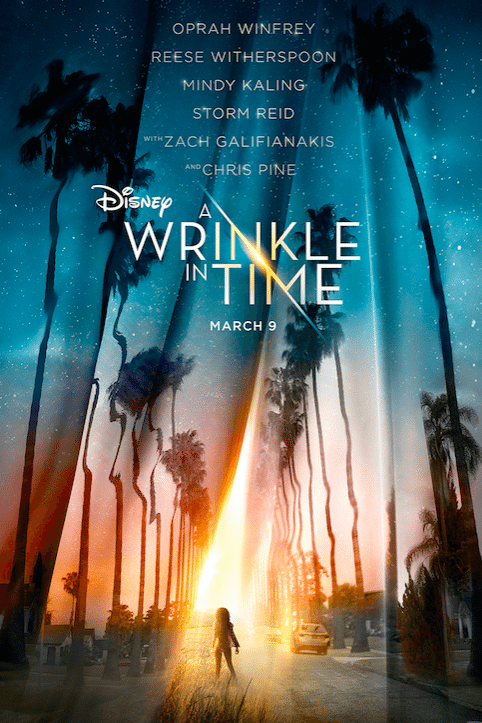 The first question we needed to ask Jennifer was how she adapted this classic into a movie. It is just mind boggling to me how she was able to do it!

“Well, it took four years, if that answers the question. It was a challenge but it was one – when I heard they were looking for a writer, I was like, ‘Oh oh oh!’ ‘Cause I had loved it as a kid, my daughter was actually reading it for 5th grade. So I was reading it again and I just kept saying, I had a whole take on it. But I wanted to try it. And what I loved is, Disney really responded to acknowledging that. I wasn’t trying to do the book, adapting it for the film, it was very much clear that like, I don’t want to try to be the book. If we try to be the book we’ll fail. But showing our love for the book, showing sort of how much inspiration there is in the book. And how strong the journey is in the book. I could stay true to that, then we might have a chance of finally getting it made. ‘Cause it’s been years of trying. So when Ava joined, that was the final magic piece of the puzzle.”

Can you imagine that? 4 years! A Wrinkle in Time took 4 years to be adapted, that’s unreal to me. I loved hearing that Jennifer didn’t want to be the book, she was inspired by the book. As you know from seeing the movie, there are characters in the movie that aren’t in the book. Veronica Kiley is one of them (played by Rowan Blanchard). I thought it was a fun fact to learn from Jennifer that “the bully, Veronica Kiley is actually a match-up of her biggest bully and my biggest bully.” So it was interesting to see that they did pull from their lives, too when creating characters.

Another fun fact I loved to hear from Jennifer was about my favorite line in the entire movie. “Do you know all of the events that had to occur in the universe to create you exactly as you are?”

Jennifer shared, “That’s not in the book, that’s just what the book gave me.”

I loved that! You could see Jennifer’s passion for the dialogue and the true meaning behind each word that is spoken in the movie. Every word is intentional and that was pretty fascinating to discover and hear about from Jennifer.

It was also fun to hear how Jennifer’s oath lead to screenwriting.I was surprised to learn that she didn’t start from the very beginning, she slowly discovered and realized her talent and love for screenwriting.

“I came to it kind of late. When I was little I was drawing all the time. I love Disney, I thought maybe, oh, I could be an animator. But I wasn’t a good enough artist. But I was always drawing. And then I was always writing things, but they wouldn’t gel. There was something inside, I was running sagas in my head. I would have these like epic journeys going on at night, to fall asleep. And one day I wrote a scene down. I overheard something and I just started writing it. And I turned it into a scene. And I went, oh my god. Like this is the thing that I’ve been looking for, was the kind of writing that film is… But I was 30 when I went to film school. And I’d had a whole decade in book publishing. So for me I came to it late. But it was certainly the signs of saying, ‘Oh, I was drawing as a kid but if I look back, I was drawing stories.’”

That captivated me because I loved hearing that she didn’t know right away what it was that she was supposed to do with her. I love how she followed the signs and it just happened! She discovered what it was she was meant to do! And just look at what she’s given the world!

It was also wonderful hearing Jennifer share what it was like working with Oprah, Reese and Mindy. She created these characters and we wanted to hear from her how ti was to have these ladies fill those shoes.

“All of them came to this wanting to be these women. They were inspired by the book, by the script. They really came to it. So that was such a beautiful thing. And we were overwhelmed by that. But then at the same time, you know Reese, she’s hilarious. So there’s fun things you could do. And then with Oprah, it’s like, with Mrs. Which being sort of the most, the wisest being, there were just some things where you have to go, god, I just want to hear her say that. And just even the way she would be a warrior. Like no one can say that like her. And then Mindy was amazing. ‘Cause she had to wrangle these quotes. And the way she was able to humanize them and do each one of them differently. And really – I mean, she blew me away. So it was great.”

I encourage you to go see A Wrinkle in Time if you haven’t already! It’s a magical movie and you will love being captivated by the enchanting story! It’s playing in the theaters NOW nationwide!!