If you know my sons, you KNOW they are obsessed with Nintendo, especially my Ben and Henry. So…. as you can imagine, they were THRILLED when I was invited to Seattle to visit the Nintendo Headquarters. The best part? I’m able to bring 2 of my kids, Ben and Henry!

When I told them, it was like they won the LOTTERY! 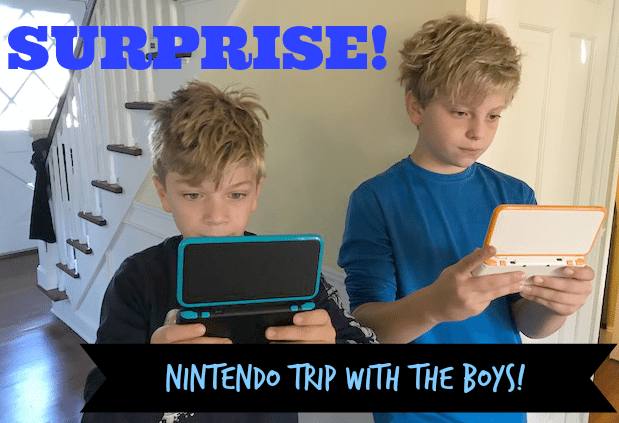 The McClelland Boys (and Their Mom) are Headed to Nintendo Headquarters!

We’re jetting off to Seattle on Thursday for 2 days of FUN! We’ve never been to Seattle before, so this is all new to me and the boys! To prep for the trip, Nintendo sent the boys a package yesterday! They both received the New Nintendo 2DS XL and two games – Mario + Luigi: Superstar Saga + Bowser’s Minions and Minecraft: New Nintendo 3DS Edition.

As you can see, the boys were super happy… whereas Victoria, not so much! LOL!

Follow along on my Nintendo trip all day on Friday, Nov 10th with the hashtag: #NintendoFamilies

Disclosure: This is a sponsored trip covered by Nintendo.

We’re Heading to the Nintendo Headquarters! #NintendoFamilies was last modified: May 6th, 2018 by admin
SHOWHIDE Comments (0)

We’re Heading to the Nintendo Headquarters! #NintendoFamilies was last modified: May 6th, 2018 by admin