Operation Shower is something that I just think is absolutely incredible, they host baby showers for military families across the country.  I have known about Operation Shower for awhile now and it always spoke to my heart because my mother was a baby that was born while her father was out to see with the Navy back in 1957. I’ll never forget my grandmother telling me how much she missed my grandfather during my mother’s birth (and consequently 2 additional births, too), but she knew that it was part of his job and their commitment to the Navy.  So… when I was invited to attend an Operation Shower sponsored by Boudreaux’s Butt Paste® being held in Foxborough, MA, I knew I wanted and needed to be there. I’ve genuinely always felt connected to these events through my mom and grandma, so it was very special to be able to get an invite. 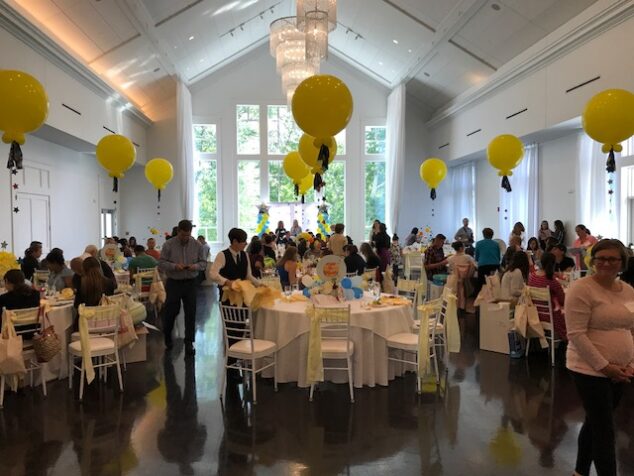 Just as a little background, Operation Shower was founded in 2007 when LeAnn Morrissey had the idea to send a “baby shower in a box” to four expectant military moms whose partners were deployed at the time. The support she received during the process of putting the boxes together, the gratitude of the mothers and the morale boost for the fathers were all LeAnn needed to realize that this was something worth doing again and again. Soon after, Operation Shower hosted its first unit-wide baby shower at Ft. Bragg, North Carolina. From there… truly, Operation Shower was born! 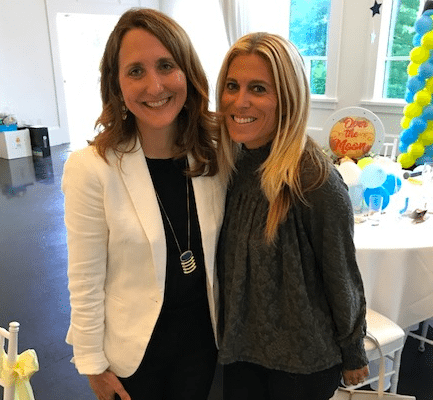 Meeting LeAnn yesterday was a dream come true for me! I loved being able to share with her my military connection and thank her for doing this incredible and special event for so many men and women, our true American heroes. 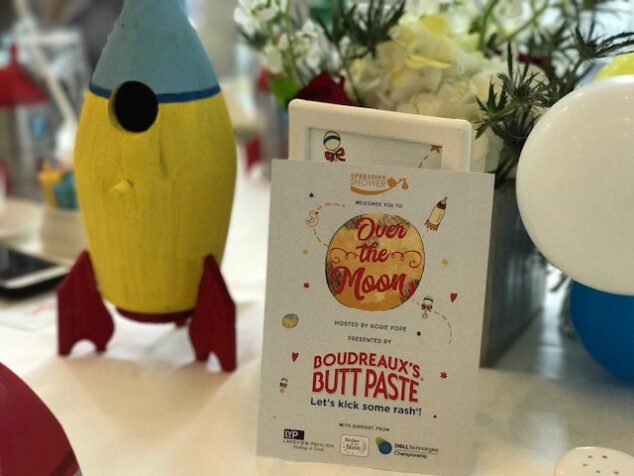 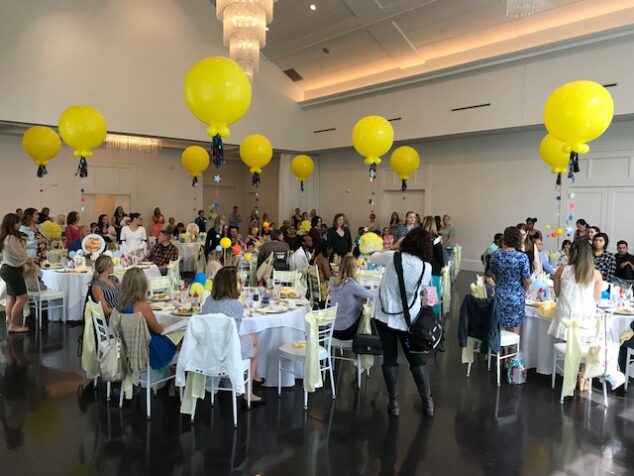 The shower was held at the gorgeous Lakeview Pavilion, which is the site of the PGA Tour’s Dell Technologies Golf Championship with support from Birdies for the Brave®, was hosted by parenting lifestyle expert, Rosie Pope, a longtime supporter of the Operation Shower cause. I’ve known Rosie Pope for years, so it was really cool seeing her engage and celebrate with everyone! She kept the afternoon light and fun and beautiful for everyone, sharing tips and advice and also playing some cool games, too! 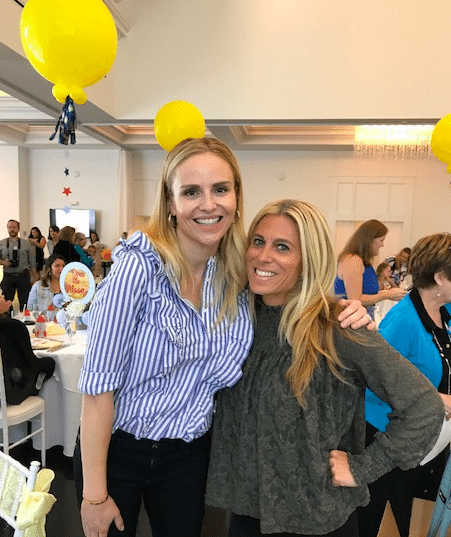 For me what really made the day special was chatting with some of the men and women. Everyone was so touched and so humbled by this incredible event, that it was just so wonderful to get a chance to chat with everyone. Not only that, see the love and appreciation from the men and women. It was truly beautiful. 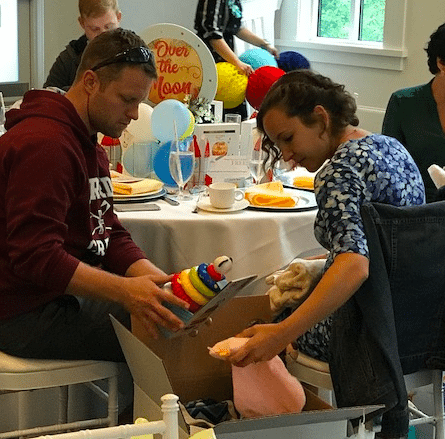 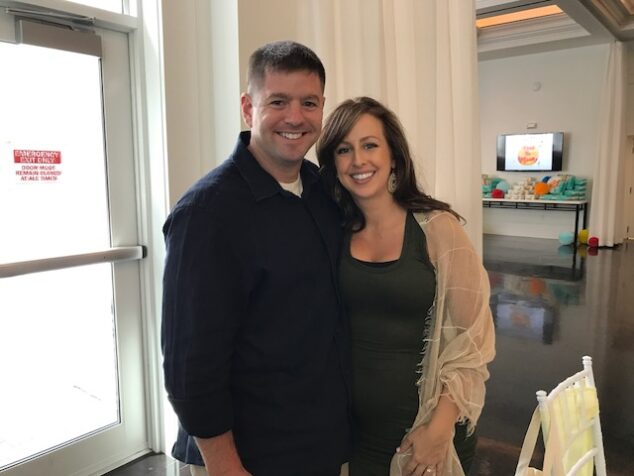 As I was chatting with one mom who was there with her 6 week old baby while her husband is deployed, I asked her if she thought her daughter would be proud of her someday for taking the reigns while her dad was away. She answered back, “I hope the opposite. I hope she sees proud of her dad for what he’s doing for us and everyone. I hope he’s her hero, not me.” It gave me goosebumps because I couldn’t get over the selflessness of this mom. She was so strong and so brave for her daughter… it was just remarkable to see and to chat with her. I loved her honesty.

The best part of the afternoon was when the Shower in a Box items were being distributed! It was the anticipation of what was inside and what incredible goodies each mom/dad and baby were about to be gifted! I was excited seeing the boxes get passed out! 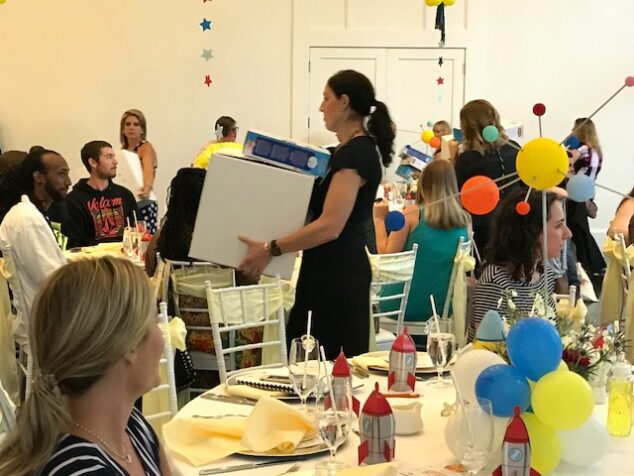 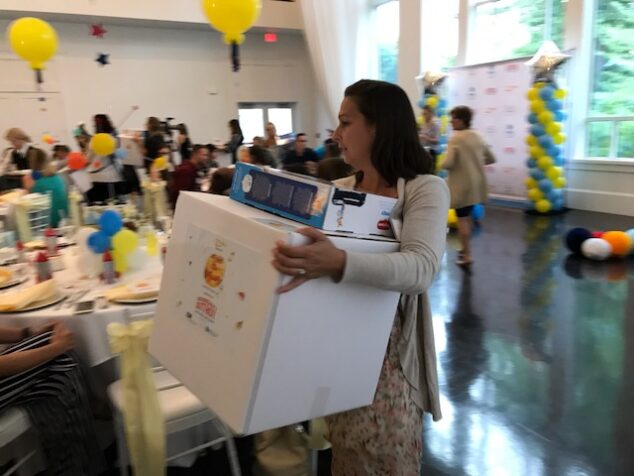 The best was listening to everyone unbox their boxes! There were lots of “Look at this!” and “Oh my goodness!” and yes some tears (even by me, too!). It was just a beautiful moment to capture and watch. The best was watching a big brother unpacking for his baby sister! He kept holding everything up for her to see! It was too cute! 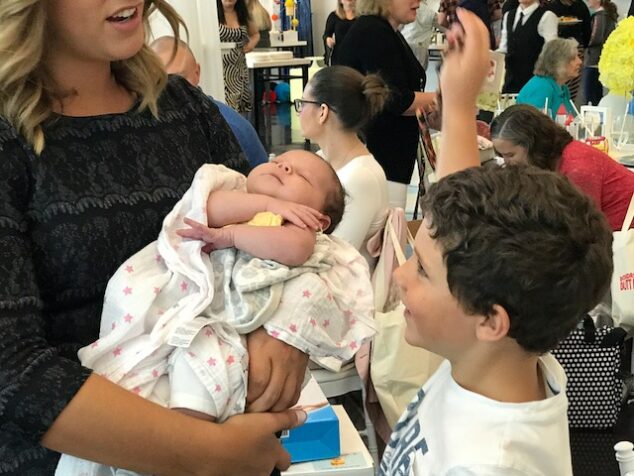 Each mom there represented for me hope and love and courage and bravery. These moms and moms-to-be are women who are strong and for them, this is their version of normal. It was wonderful seeing them get honored and showered. 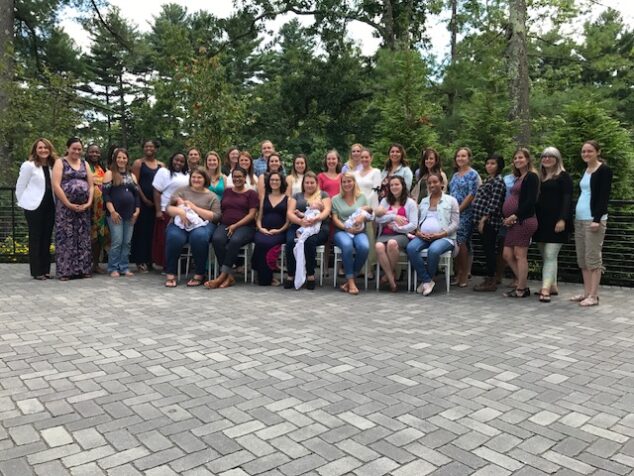 The beautiful thing was seeing the dads there so proud of their wives. The look of admiration poured from their eyes onto their wives and you could feel the love. It was simply an afternoon I will never, ever forget. It was just so inspiring.

Also, in addition to celebrating the service members at this beautiful event, Boudreaux’s Butt Paste® also announced a call for Military Baby photos, in return for a free sample of one of its popular diaper rash products – a nursery staple across the U.S. 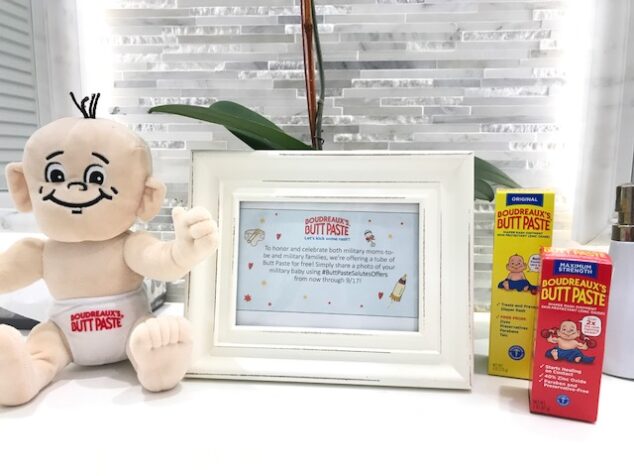 Thank you so much to Operation Shower and Boudreaux’s Butt Paste for having me. This event truly made my day and I was honored to be there.

Disclosure: This was a sponsored partnership. All opinions are 100% my own.

Operation Shower for Military Families was OVER THE MOON! was last modified: February 12th, 2019 by admin
SHOWHIDE Comments (0)

Operation Shower for Military Families was OVER THE MOON! was last modified: February 12th, 2019 by admin