Potty Training can be very difficult.

Grandmas know this first-hand because most of us have potty trained the parents of these precious darling grandkids. We know the outcomes and the years’ gone-by may have erased some of the struggles, but this rite-of-passage milestone is important, unique and different for each child who has ever attempted this task.

My recently turned 3-year old grandson Brian and his parents are smack in the middle of this pee-plea and poop-loop gem of a dilemma!

So… I dug way down into the bowels of my mind (ewww, Grandma!) to perhaps grab a wee bit of fun during this process.

I write little children’s stories for my 12 grandkids (ages 1-16) and keep a notebook (ever bulging). In that notebook, I thought I had a little verse for my older grandsons (7 of them, now 8-14 years old) regarding a possible development of a love of the loo through fun big boy undies.

Well, I found the story, and immediately noticed that it’s a “story” for both my granddaughters and grandsons, words/text changed a bit for gender, titled both Harriet’s Purple Panties and Harry’s Blue Boxers… 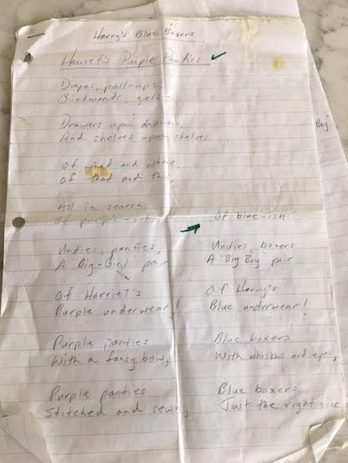 I thought, maybe if Brian gets a pair of blue boxers with his favorite character from Paw Patrol, AND I read my quick little story with him as the main character, the least that can happen is that he loves his new blue Paw Patrol boxers… 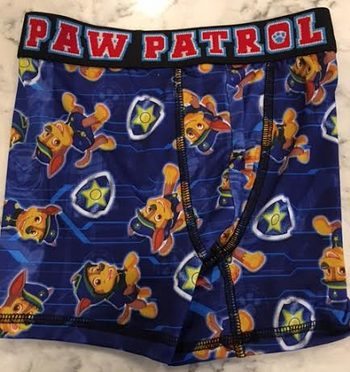 Instead of diapers, pull-ups,
Ointments, gels –

And drawers upon drawers
And shelves upon shelves

Of what and where
And that and this,

Brian was in search
Of blue-ish –

Not giant white diapers
With stickies in them!

But had Brian’s blue boxers
Disappeared?

Then just at that moment,
With a poke and a peek –

A blue-ish color
From underneath

Socks and t-shirts
Popped into sight –

Brian quickly
Pulled them on,

And hopped,
Jumped,
Leaped and kicked –

Just for the “BIG Boy”
Feel of it!

(I think I’ll have this little story illustrated!)

And this try comes with an assortment of Paw Patrol undies from Grandma, too, no less… 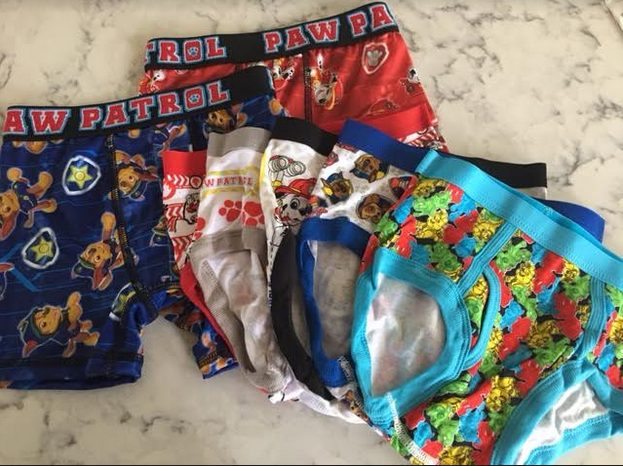