A great gift that you can give to your grandkids is to surround them with flowers.

Both grandgirls and grandboys!

The word daffodil derives from the word affodill (meaning new-comer), but the beginning “d” has not been linguistically agreed upon – an interesting tidbit. Kids love little tidbits like this, not earth-shattering in their lives, but things that sometimes stick into mind crevices.

There are written references to the daffodil as early as the 16th century, but 19th century English poet William Wordsworth immortalized the daffodil in his poem I Wandered Lonely as a Cloud. I know that kids generally don’t flock to poems and poetry (I have 12 grandkids and taught high school English for 30 years, so I truly know this!), but just knowing that this poem exists, and having read it (or simply parts of it) with your grandkids once or twice, will plant a wonderful memory.

Whenever your grandkids see a field or garden or pot filled with “dancing” daffodils, they will remember something from this poem. I have daffodils outside and inside our home, beautiful little hints of nature, of life, of mankind’s connection to both ~ 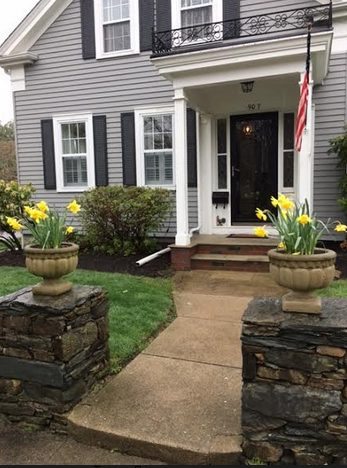 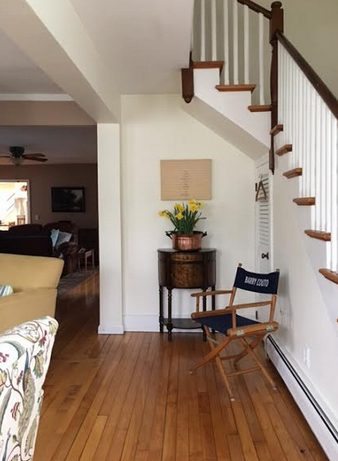 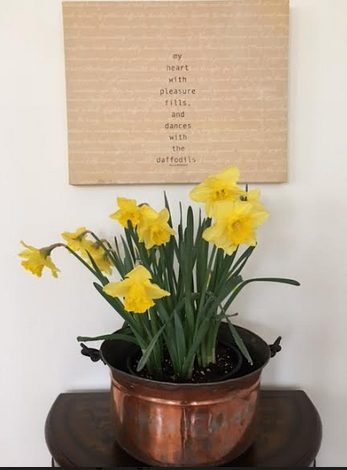 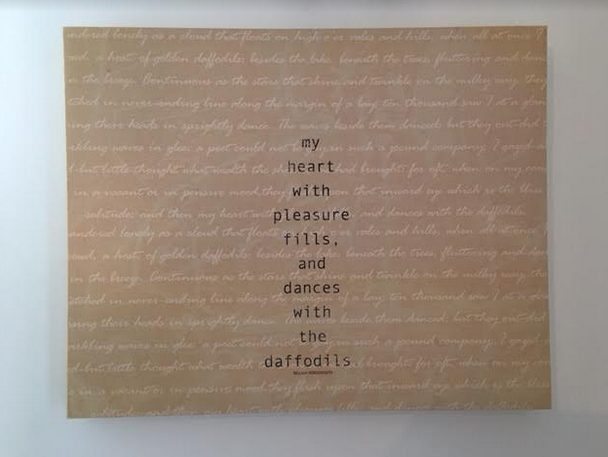 Try it. Have fun with it. Especially the last 2 lines!

I Wandered Lonely as a Cloud

I wandered lonely as a cloud
That floats on high o’er vales and hills,
When all at once I saw a crowd,
A host, of golden daffodils;
Beside the lake, beneath the trees,
Fluttering and dancing in the breeze.

Continuous as the stars that shine
And twinkle on the milky way,
They stretched in never-ending line
Along the margin of a bay:
Ten thousand saw I at a glance,
Tossing their heads in sprightly dance.

The waves beside them danced; but they
Out-did the sparkling waves in glee:
A poet could not but be gay,
In such a jocund company:
I gazed—and gazed—but little thought
What wealth the show to me had brought:

For oft, when on my couch I lie
In vacant or in pensive mood,
They flash upon that inward eye
Which is the bliss of solitude;
And then my heart with pleasure fills,
And dances with the daffodils.

Even young children will love the flow of the words and the dance of the daffodils. Bring some into your home or planters or gardens. The daffodil is said to symbolize great regard and chivalry. Kinda cool.

Your grandkids will undoubtedly read this Wordsworth poem at some time during their schooling.  Give them the blooming head start of their lives with you in the grand picture.

Yes, with both the grandgirls and the grandboys! There is something so very special about a grandchild telling you, “Grandma, remember when we were talking about daffodils? My teacher was talking about them today and I told her about the poem?”