If you loved the movie SING, you’re going to love this info! We are HUGE fans, so this post is exciting for me to share with you! I’m telling you, the second my kids saw the trailer to the movie SING, they were hooked!

After seeing it at the theater, we were double hooked! We actually went to see if twice, it was that kinda good! It was funny, heartwarming, adorable and just a perfect family film! Not to mention, the cast… the cast is INCREDIBLE!!!

Well – I’ve got some BIG news!! Are you ready!!?? SING Special Edition arrives on Digital HD March 3rd, and on Blu-ray & DVD on March 21st!! 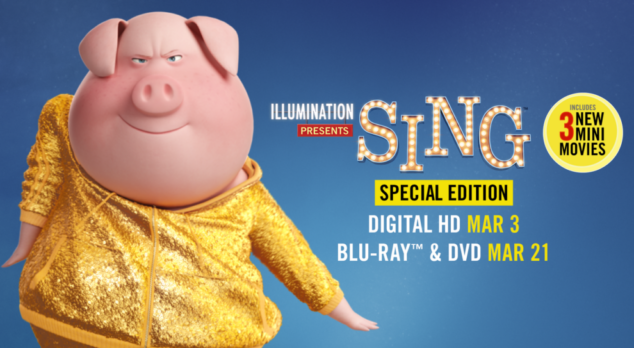 YES, it’s right around the corner!!

The music-filled comedy will include over 60-minutes of bonus content and will incorporate three all-new entertaining mini movies featuring the cast from SING as well as an exclusive Tori Kelly music video and a variety of musical extras. 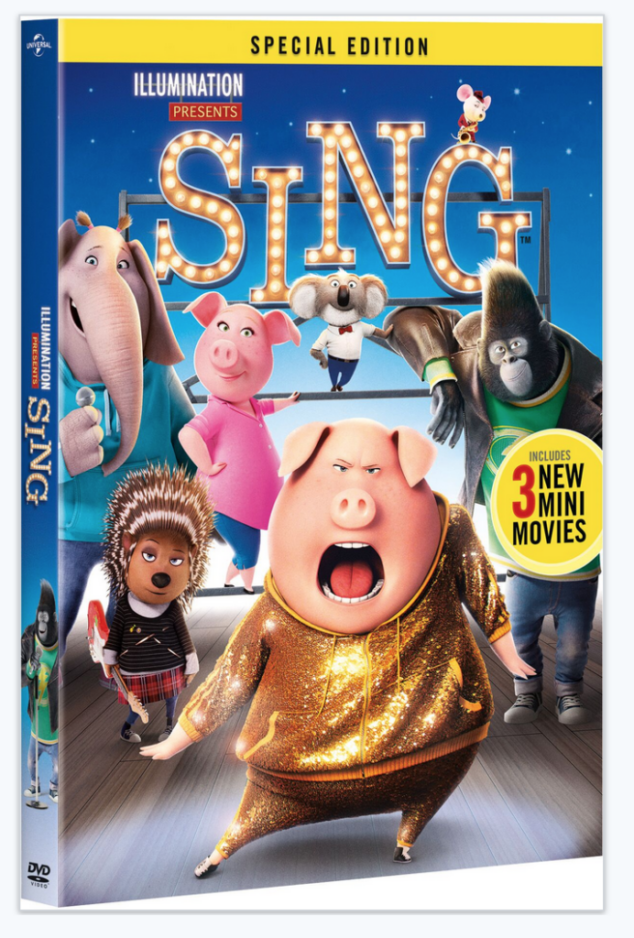 If you haven’t seen SING yet, now’s the perfect opportunity to own this fabulous movie!!

SING stars Academy Award® winner Matthew McConaughey as Buster Moon, an eternally optimistic koala who puts on the world’s greatest singing competition to save his crumbling theater; Academy Award® winner Reese Witherspoon as Rosita, an overworked and unappreciated mother of 25 piglets desperate to unleash her inner diva; Scarlett Johansson as Ash, a punk rock porcupine with a beautiful voice behind her prickly exterior; Taron Egerton as Johnny, a young gangster gorilla looking to break free of his family’s felonies; as well as Seth MacFarlane, John C. Reilly, and Grammy Award-nominated Tori Kelly. Honestly, SING is the musical comedy event of the year!

And!! If you haven’t heard, SING is the Golden Globe nominee for Best Animated Feature and Best Original Song, SING features more than 65 hit songs including ‘Faith,’ a brand new song by the legendary Stevie Wonder (featuring Ariana Grande), marking his first song for a major film release in 25 years.

Disclosure: This post is in partnership with Universal Pictures Home Entertainment