My daughter’s 5 children each attended (the youngest still attending) a preschool that includes a Friday swimming program. This program includes getting kids familiar with the water in a fun, safe way, as well as learning some swimming skills.

The kids love it! There are noodles to float with and balls to toss, small slippery slides to slide on and a yellow canoe to ride in, a diving board to dive from when the kids are ready, and teachers and kids to love every single moment of it all.

Many years ago, I began coming to as many Friday swim-times as I could to watch William, then 3 years old (now 12!). After swim, I would take William to our local creamery, Newport Creamery, for lunch and laughter and ICE CREAM SUNDAES. It was a very special place to spend a very special time with a grandchild.

Our favorite thing was ordering the Kids’ Make-Your-own Sundae, the one that comes with a “tower” of ice cream with 3 toppings of your choice.

Well, that year turned into the next year when William’s brother Alex (now 11!) attended the same preschool and our tradition carried on with two boys and two Friday ICE CREAM SUNDAES.

When William headed off to kindergarten, Alex was joined by his brother Ben (now 9!) for our Friday after-swim, after-preschool, afternoon Newport Creamery tradition of fun lunches and plenty of “tower” Ice Cream Sundaes!

The following school year, Ben headed off to Kindergarten and it was Henry and me and Friday after-swim, after-preschool, afternoon Newport Creamery “tower” Ice Cream Sundaes.

These were and still remain some of the most precious and priceless afternoons of my life. Sometimes we were accompanied by the boys’ Mom, or Pop-up, or maybe an auntie or great-Grandma Rita. But most times, it was me and a grandson or grandsons!

When Henry headed off to kindergarten, I kinda sorta almost headed to that preschool swim time on pure habit alone.

But lo and behold, a baby sister had arrived, a baby sister who would have to wait a few years to enter preschool. But when she did, this year, this Grandma took up the Newport Creamery Friday after-swim, after-preschool tradition with her and WOW, did Victoria (aka Sissy) take to the Fun, just as her brothers had done!

This past Friday, I snapped a few photos of Sissy “building” her very own Ice Cream Sundae from the “tower” she had ordered — Rainbow Vanilla Ice Cream, Whipped Cream, Chocolate and Rainbow Sprinkles, Gummy Worms and M&Ms — just as her brothers had done, with a few personal favorites for each!

The strategy, the methodology, the individuality, the care, the imagination, the color, the texture, the creation, the perfection, the FUN of it all… 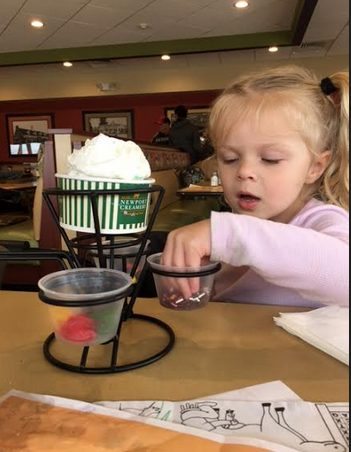 OK, I may have to speed things up a bit… 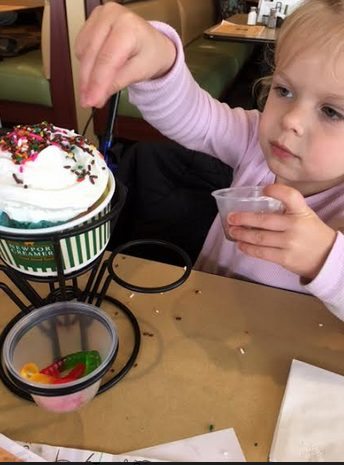 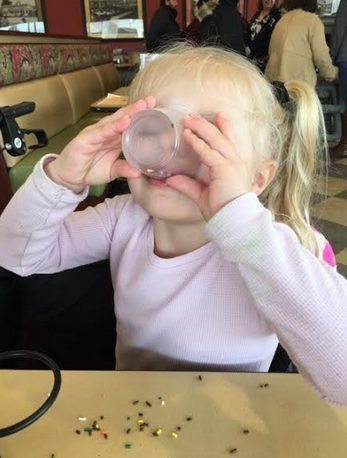 Now, c-a-r-e-ful with the gummy worms… 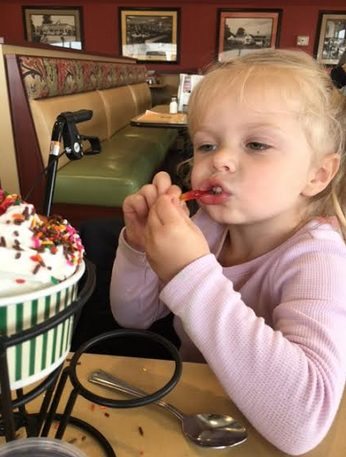 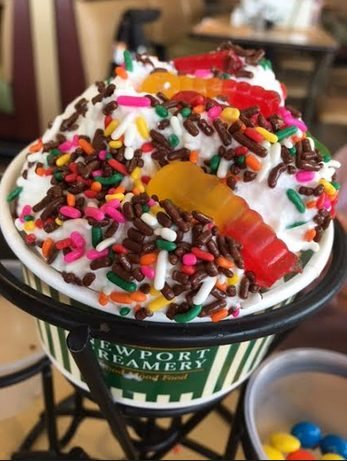 Now for the M&Ms! 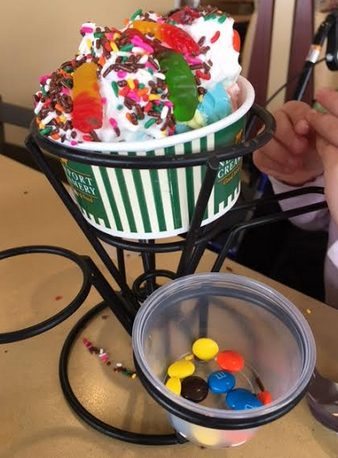 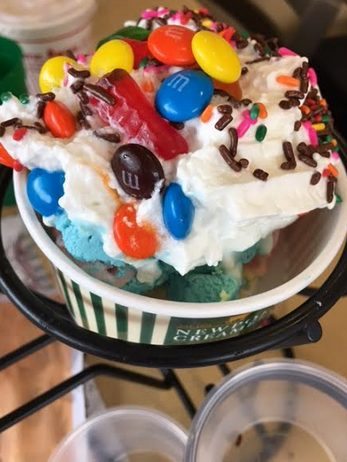 Beauty in the building!

Delight in the eating! 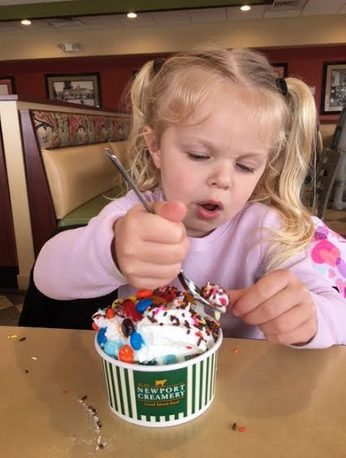 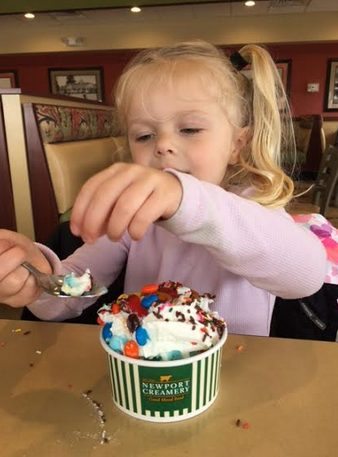 Stopping for one moment, of course, to show me that she can balance a spoon on her nose… 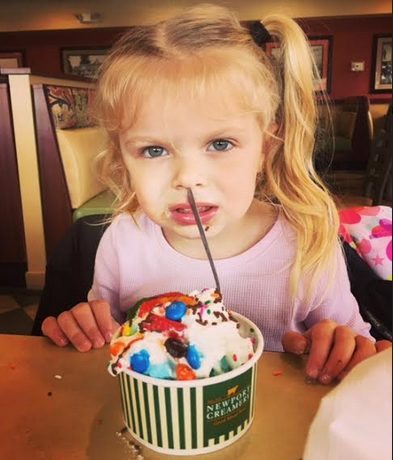 Just like something or other her 4 brothers did, too!

And AFTER the Newport Creamery Friday After-swim, After-preschool, Afternoon Tradition ~

My heart is full again — with ice cream, whipped cream, sprinkles, gummies, M&Ms — and anything else that can be built into Towers of Newport Creamery Ice Cream Sundaes — with grandkids!