Are you ready for this Monopoly fun?

January 10, Hasbro announced the Monopoly Token Madness Vote (#MonopolyVote), which leaves the fate of all eight current and classic Monopoly tokens – including the Scottie Dog- in the hands of the fans for the first time.

From January 10th (so we’re 9 days in!) – 31st, fans can head to VoteMonopoly.com to choose eight tokens they’d like to see in the next Monopoly game from a list of 64 tokens, including the current eight tokens and 50+ new contenders such as a bow tie, sliced bread, t-Rex, sneakers, and more! Believe it or not, this is the first time all eight tokens could get voted out of the game.

The MONOPOLY TOKEN MADNESS Edition Game includes the current eight silver tokens, as well as a selection of eight golden colored tokens included in the vote, such as a penguin, rubber ducky, and bunny slipper. Just like the standard game, fans can buy and trade properties, collect rent, and bankrupt competitors. 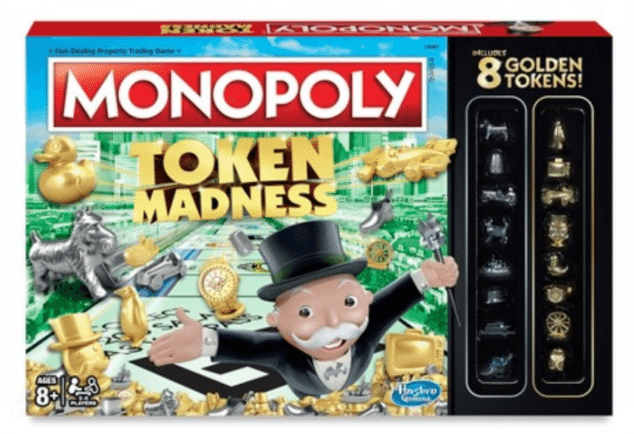 Since we’re HUGE fans of the game, my family is super excited about this vote! My oldest son William is a master at Monopoly, he holds nothing back – he goes for ALL the real estate and money!  Join in on the fun and cast your vote!! You still have till the 31st!!

The final results will be unveiled on World Monopoly Day, March 19.  Grab the new game version, which is available at most major toy retailers nationwide and on HasbroToyShop.com.

Monopoly Allowing Fans to Vote for All 8 Tokens #MonopolyVote was last modified: June 5th, 2017 by admin