Disney’s BEAUTY AND THE BEAST.

Oh, yes…  a live-action adaptation of the studio’s animated classic!

I haven’t been this excited for a movie release in a VERY long time.

Maybe it’s because my daughter has just begun her true love for Disney princesses.

Maybe it’s because Victoria was Belle for Halloween.

Or maybe… just maybe it’s because it’s one of the most magical and romantic Disney movies and I just can’t wait to see it! ♥

I’m excited to share that I just got a first look at the character posters for BEAUTY AND THE BEAST, and they are incredible! 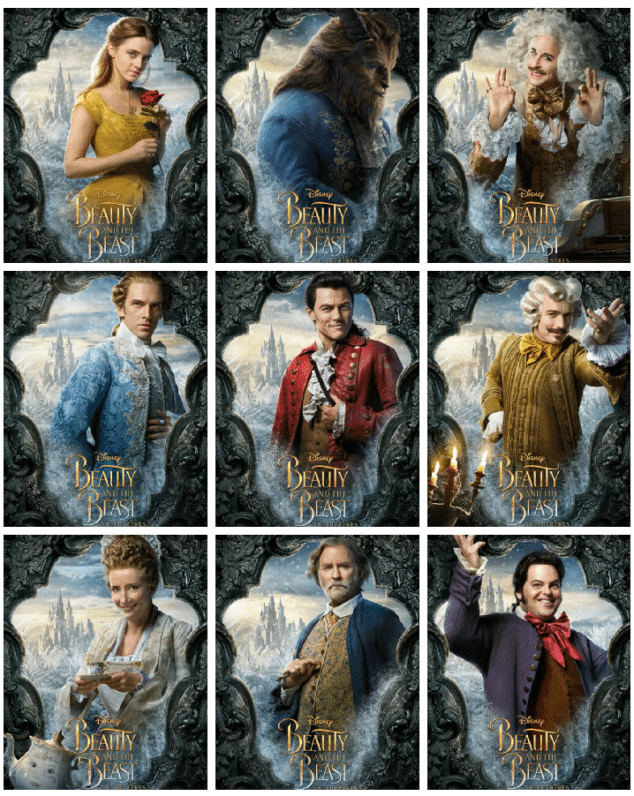 It’s just out of this world amazing.

Emma Watson as Belle, Dan Stevens as the Beast and as the Prince, Luke Evans as Gaston, Kevin Kline as Maurice, Josh Gad as LeFou, Ewan McGregor as Lumière, Stanley Tucci as Cadenza, Gugu Mbatha-Raw as Plumette, Audra McDonald as Garderobe, Ian McKellen as Cogsworth and Emma Thompson as Mrs. Potts.

Directed by Bill Condon, BEAUTY AND THE BEAST brings the story and characters audiences know and love to life in a stunning, cinematic event.

Mark your calendars for this March!