If you’re trying to get pregnant, today might just be your day!

And so… as you await the news, remember to stock up on some pregnancy tests that will give you the good news! When it’s time to uncover and celebrate the #momentoftruth and there is no better trusted at-home pregnancy test for accurate results than e.p.t™ as you start your pregnancy journey! As the original at-home pregnancy test, e.p.t™ has been successfully used by millions of women since 1977 and features the most advanced technology, delivering quick results in an easy-to-read and concise manner. 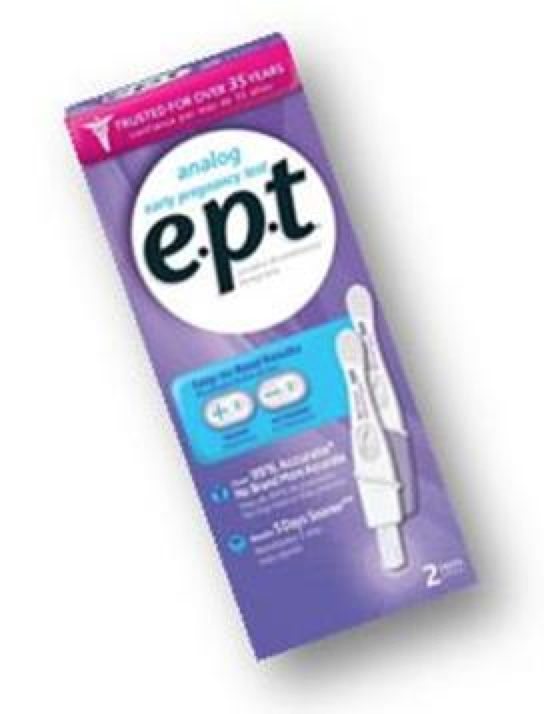 That’s just it, too… you want quick and easy results!

The best part is that e.p.t™ is over 99% accurate from the day of your expected period, so you can feel confident in your results. The brand also conducted a national survey this year which asked more than 600 women within two age groups, ages 22 – 34 and 60+, their thoughts about finding out whether they were pregnant and what the experience was like at the time.

Here are some of the top findings…

The Truth Can Be Surprising
· Good things can happen when you least expect them – 45 percent of women surveyed said their pregnancy was unplanned.

The Truth Can Be Scary
· When it came to confirming their pregnancy with a home pregnancy test, 55 percent of women were relieved to find out they weren’t pregnant.

· Nearly 4 in 10 women (37 percent) taking a home pregnancy admitted to feeling more scared than excited (28 percent) about finding out whether they were pregnant.

Truth at Home (Goodbye Waiting Room)
· In the days before home pregnancy testing, most women (82 percent) would make appointments with their doctors to confirm the pregnancy – many (two-thirds) waiting up to eight weeks after suspecting they might be pregnant.

· Today, nearly half of women (47 percent) learn that they are pregnant within the first 4 weeks of their pregnancy. Only a small number (two percent) find out in their second trimester.

· Though many respondents aged 60 or older (38 percent) were skeptical about the efficacy of at-home pregnancy tests when they first hit shelves nearly 40 years ago, most women (81 percent) now consider them the first step in confirming a pregnancy.

Moment of Truth: The Suspense is Over
· When you’re waiting for some of the biggest news of your life, time is of the essence. Approximately 8 out of 10 women first learned they were pregnant from an at-home pregnancy test, and nearly half said they took the test immediately after buying it.

· While home pregnancy testing is commonplace among women today, only 16 percent of respondents aged 60 or older have ever taken one.

**The survey was conducted by online research and survey technology provider Toluna, from April 4 to April 12, 2016.

So ladies… pop in your favorite romantic movie, light some candles and set the mood – let e.p.t™ wants to be there with you during this magical journey.

Today is the MOST Fertile Day of the Year #BabyTime was last modified: December 12th, 2016 by admin
SHOWHIDE Comments (0)

Today is the MOST Fertile Day of the Year #BabyTime was last modified: December 12th, 2016 by admin