I played the drums in middle school.

Alex came home from school earlier this year with his band notice form. In 5th grade you’re eligible to play an instrument. Immediately I told him about the “drum blood line” in his family. He informed me that “everyone wanted to play the drums,” so he wanted to go for a different instrument. One of his best bud’s was going to play the trombone, so that was an “easy” choice for him.

That trombone has not been touched at home. It sits near the couch in its perfect case, looking a little sad (if I do say so myself!). Alex doesn’t touch it at home, it literally stays put. Every time we ask him to play or practice, Alex says… “I do, at school!” Our schedules are SO busy, so I literally have to put everything down on a calendar to keep everything straight for the boys. Instrument playing just doesn’t get done on Alex time. As much as I told him it needed to get done, he just kept telling us, “it is… don’t worry! I do it at school.”

Yesterday was the Holiday Band Concert at school. Alex got all dressed up. He did his hair. He wore a handsome shirt. He looked great! I was nervous heading in because I didn’t want him to be the ONLY kid in band not knowing what to do or what to play!

You can imagine my ULTRA shock and surprise when I showed up yesterday to find Alex not only playing, but rocking it out. 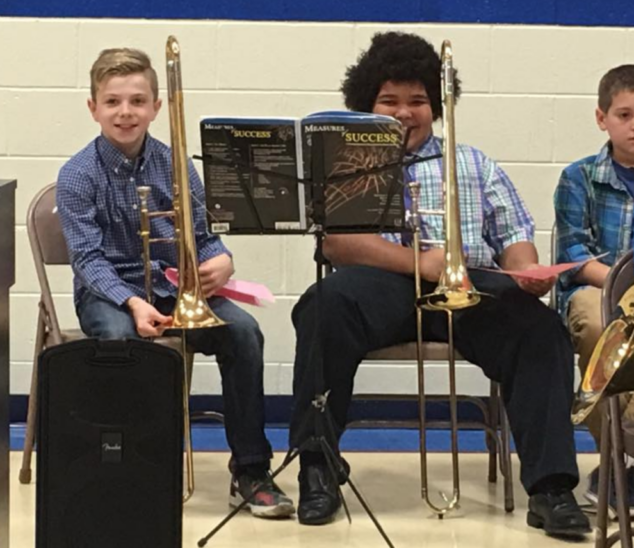 WHAT!? The kid CAN play? 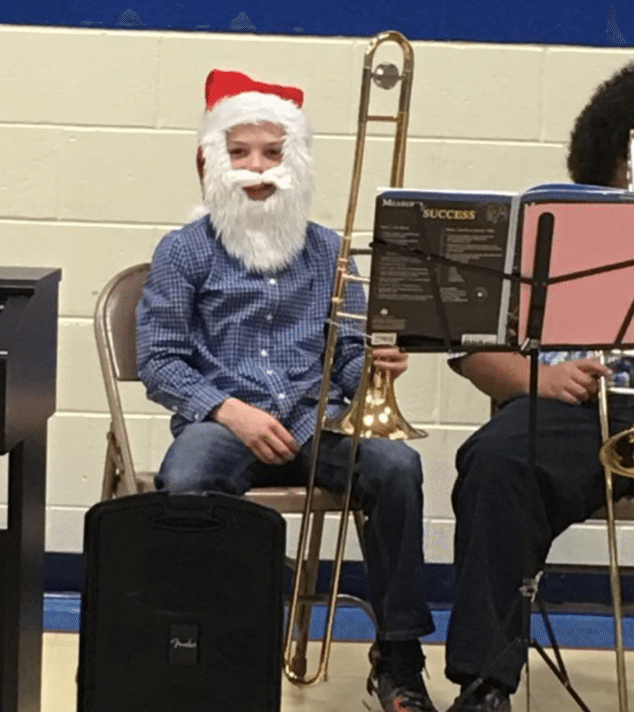 I sat there mesmerized. My guy playing the trombone! 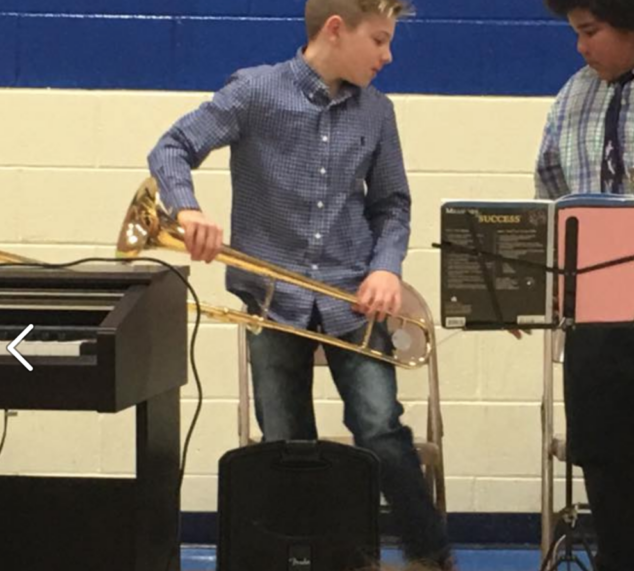 Apparently he wanted to “surprise” us with his “mad skills” on the trombone. We were SHOCKED. I mean, SHOCKED. It was part of our holiday gift. He’s been practicing at school and teaching himself how to read music. My guy Alex.

I guess there are secrets they CAN keep after all!