On December 8th, Duracell joined forces with Lucasfilm to transform Children’s Hospital Los Angeles (CHLA) into a galactic playground, powering imagination for those who need it most. Pretty extraordinary! After joining Star Wars characters for Jedi training, patients and their families were equipped with Hasbro lightsabers, powered by Duracell, to tap into the healing power of imagination!! 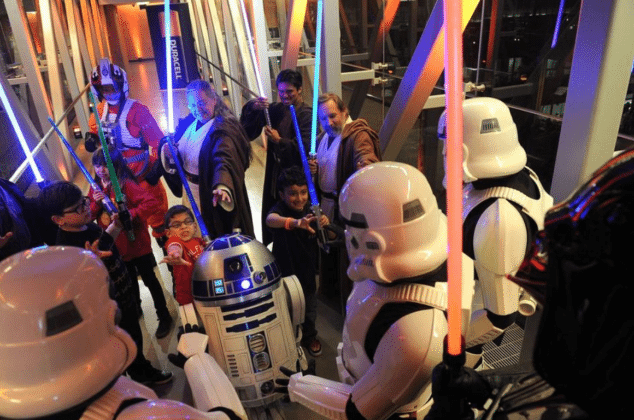 The action-packed day also featured bedside visits from fan-favorite characters including R2-D2 and Stormtroopers, as well as multiple screenings of all-new episodes of “Star Wars Rebels.” 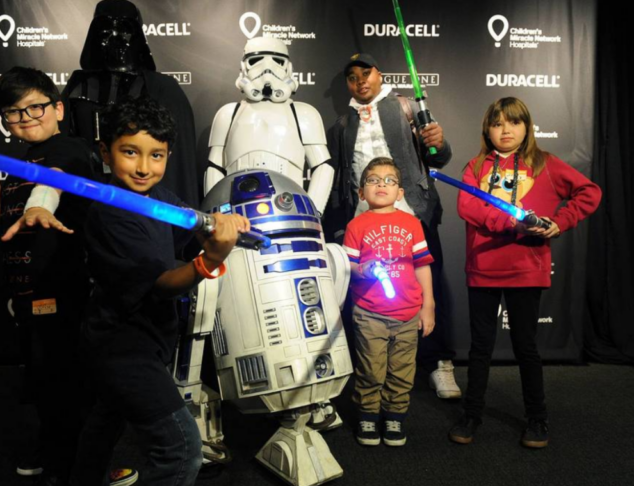 This experience is part of Duracell’s 2016 holiday campaign created in support of the healing power of imagination. It features a 60-second Star Wars-themed spot, “How the Rebels Saved Christmas,” which debuted in October in conjunction with Lucasfilm and announced Duracell’s 1 million battery donation to Children’s Miracle Network Hospitals.

To me as a mom of 5, I was truly touched by this effort. It made me smile. It made me so happy to see the kids in the photos so excited.

What an incredible gift to give these children!