Paper Planes are all about “Old School” fun with Grandkids! Have you ever had a grandchild ask you, “How to Make a Paper Plane?”  This past weekend, Pop-up and I had our 5 McClelland grandkids (ages 12, 11, 9, 8, 3) for an overnight visit. Of course, we made all their favorite snack/meal/dessert things – Clam Dip with chips, a huge pot of American Chop Suey and Ice Cream Sundaes with all the fix’ins.

How to Make a Paper Plane 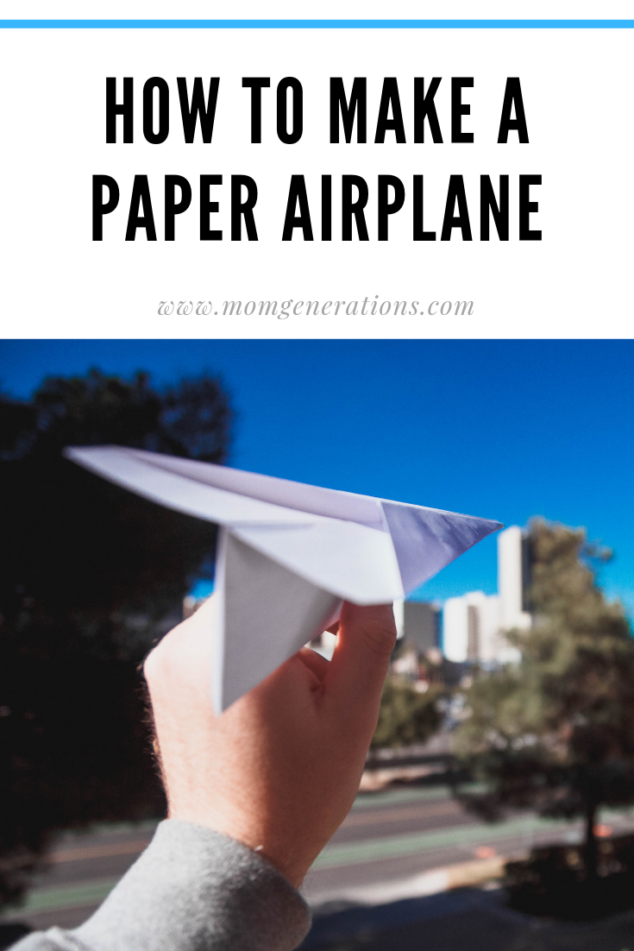 It was a beautiful, unseasonably warm November night in Rhode Island, perfect for some basketball in the driveway with our new hoop, but it began to rain. There was no Plan II, ’til Pops found a movie that he thought the kids might like – Paper Planes, about a boy’s unlikely journey to earn a spot in the World Junior Paper Plane Championships. We settled into the movie and just like that the kids were asking for paper to make their own paper planes. In seconds their question of How to Make a Paper Plane was answered! They were all making them and letting them fly!

Well, count me out, because I can do a little Origami with some very specific instructions to include detailed diagrams… but paper planes? No. Never could configure these paper masterpieces. Pop-up, being very mathematically inclined and a former young boy and all, had an idea how to make a paper plane, but advised the kids that some visual tutorial was in order. We waited ’til the end of the movie (well done, by the way – all of the kids enjoyed it, even 3-year old Sissy!), and began a good, happy, productive, inspiring 2 hours of this… 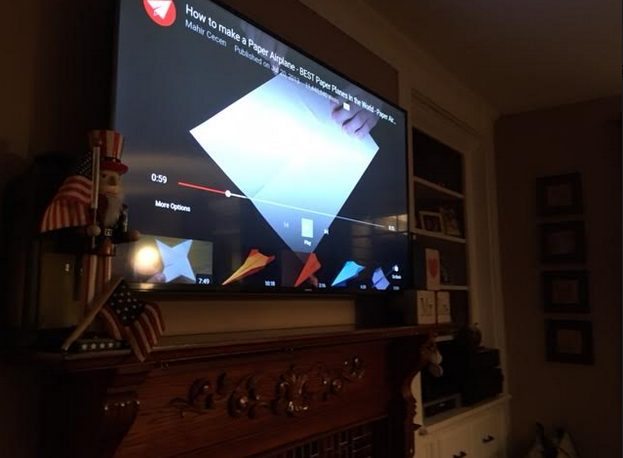 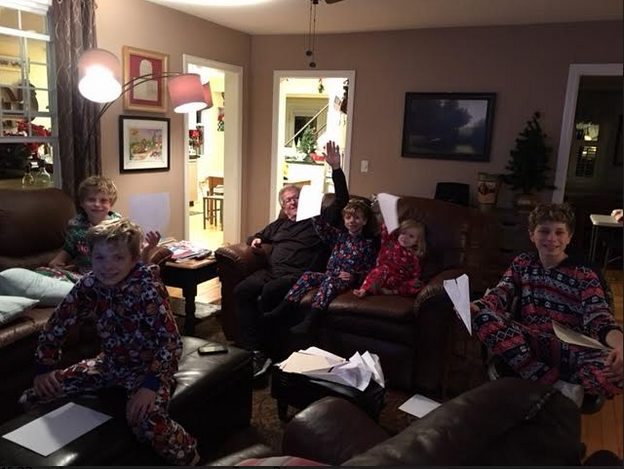 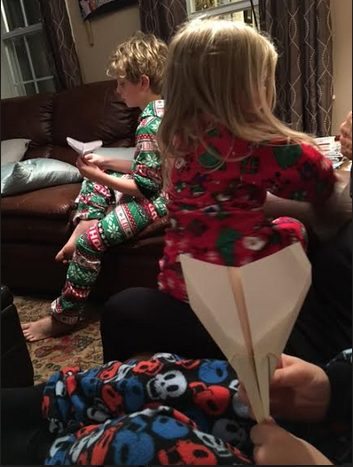 It was cute seeing Victoria getting in on the action, too! She was so excited to show off what she could do with her bros! 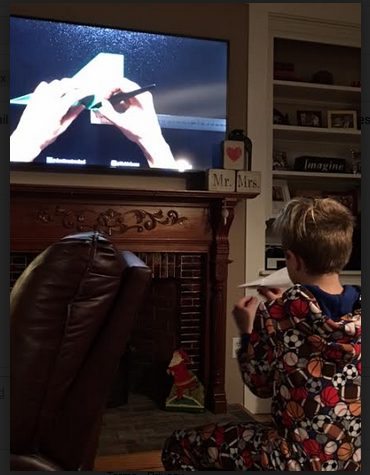 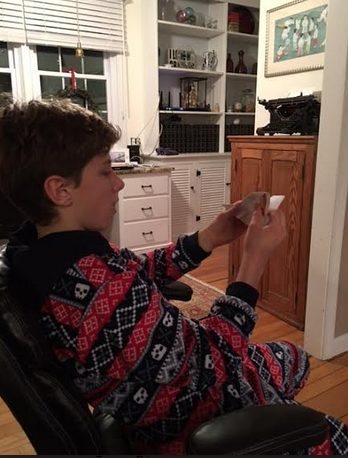 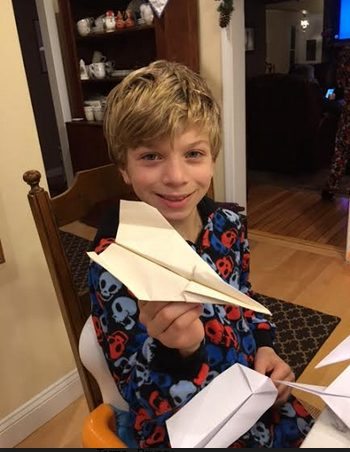 Of course, being a Grandma and all, I was worried about the old “don’t poke anyone’s eyes” thing as our small family room became a veritable airport. That’s when Pops and I decided that the promise of a clear out-of-doors morning would be a better idea for a major hub.

And, as kids will have it, a Championship – as in the film.

The next morning, the kids gathered their paper planes and we headed out to the upstairs deck at the back of our house. Pop-up stood below to monitor the “rules” of “winning” – as in the film, a plane could circle or dive or soar, but whomever’s plane landed the farthest distance would be the Champion (i.e., a plane could fly or circle past a landed plane, but the landing area determined the winner). Nevermind how to make a paper plane, it was all about seeing who could fly theirs the farthest!

OK. This was going to be an everyone’s a winner kind of competition because each child had designed an awesome paper plane(s), but there would clearly be only one CHAMPION. I was rather good with this, as was Pop-up, each of us products of a generation where that concept was clearly understood.

First up was Sissy… 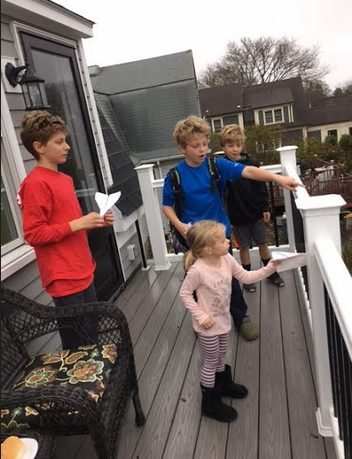 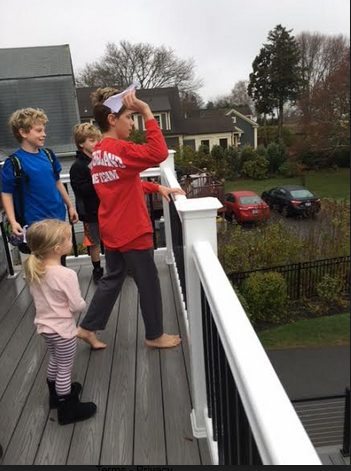 Pop-up down below, marking the landings! 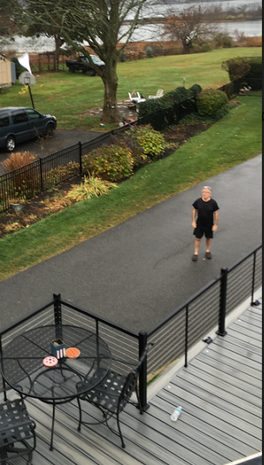 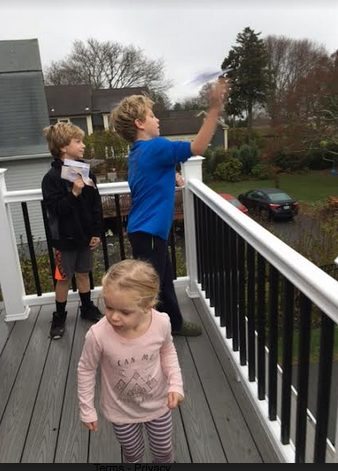 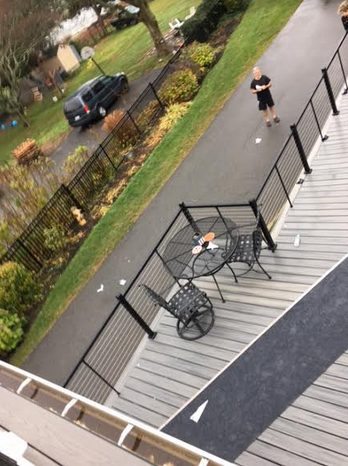 Henry was up next, having designed “stacked” planes, hoping one flight might seal the deal! 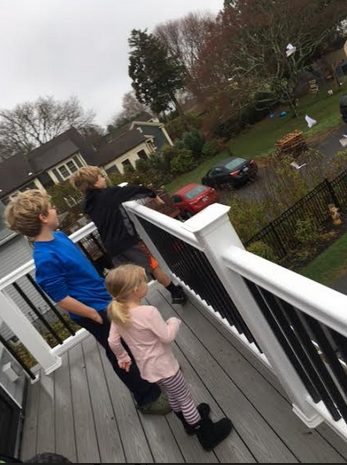 But Ben’s plane had the lead going into the last competitor, Alex… 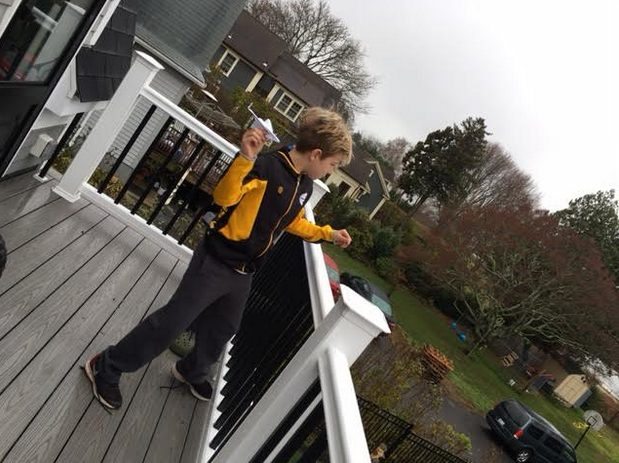 It was Alex’s paper plane that took off to a lofty, lovely, l-o-n-g, mesmerizing flight, slow-motion-ish as it soared, floating in space, lifted by invisible air and defying gravity…

Landing safely next to the deck (out of sight), giving Ben the Championship Paper Plane!

It was a most magnificent morning of creativity, competition, laughter and fun.

Yesterday, I picked up a copy of this book for the McClelland kids, knowing how much they will love it… as well as Pops and me, too! 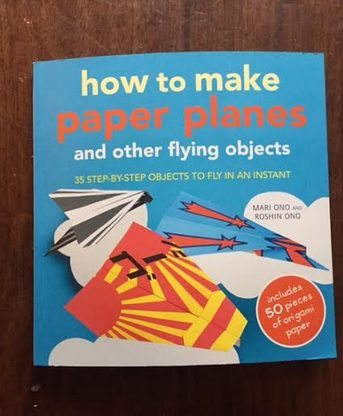 So much fun, right?

Check out my tiny and special moment with the grandkids. You can buy paper at CVS or Staples, too!

How to Make a Paper Plane was last modified: May 8th, 2019 by Sharon Couto
SHOWHIDE Comments (0)

How to Make a Paper Plane was last modified: May 8th, 2019 by Sharon Couto