The official release has just been announced!! Make your calendars for November 22nd!

And if you want to purchase the DVD or the Blu-ray, the release date has been slated for December 6th. So definitely mark your calendars! 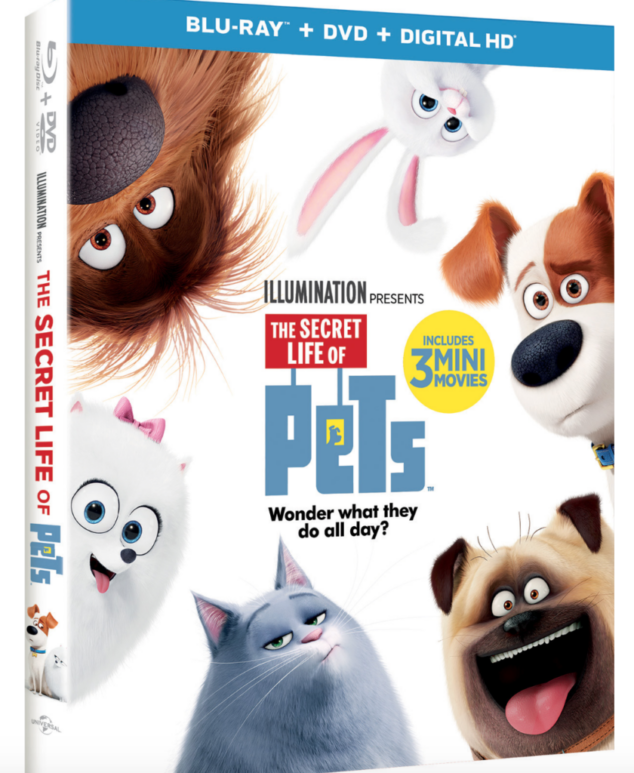 My children are obsessed with animals, so this film really allowed them to laugh and fall in love! They beg us for a dog or a cat every single day. I mean, every single day. So they were laughing like crazy throughout the movie, saying “See, Mom! How fun would it be?” Not to mention, this was just an incredible family film for ALL of us!

If you missed the movie in theater, check out the hilarious trailer! 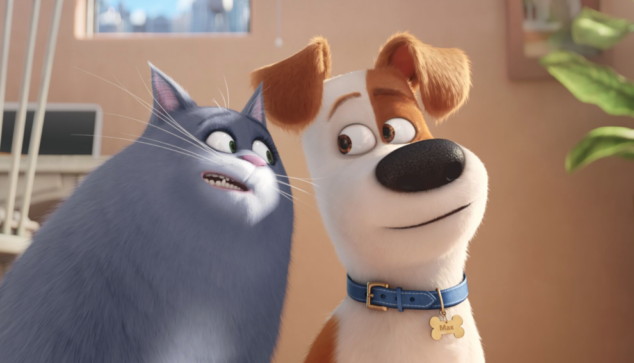 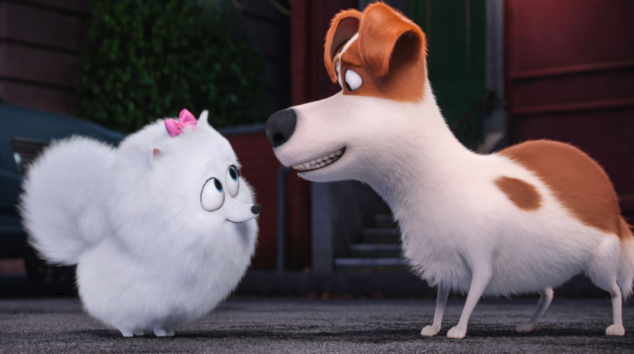 So what is the Secret Life of Pets all about!?

In their fifth fully animated feature-film collaboration, Illumination Entertainment and Universal Pictures present The Secret Life of Pets, a comedy about the lives our pets lead when we leave for work or school. Max, voiced by Louis C.K., is a loyal terrier living a perfectly happy existence until his owner, Katie (Ellie Kemper) brings home Duke (Eric Stonestreet) a big, boisterous mutt she finds at the shelter. When Max and his unruly new “roommate” slip away from their dog-walker, they find themselves lost in the urban jungle of New York City. In an attempt to stay ahead of animal control and a rebel band of abandoned pets led by an unhinged bunny named Snowball (Kevin Hart), they put aside their differences to survive the epic journey back home.

Some awesome things to note about the movie, too!!

BLU-RAY™ EXCLUSIVES (Available on Blu-ray™ editions)
How to Make an Animated Film – A behind-the-scenes look at how to make an animated film from the various departments that make up Illumination.
Anatomy of a Scene – Filmmakers and animators take us through the multi-step process it takes to create a specific scene in the Secret Life of Pets.

BLU-RAY™ AND DVD BONUS FEATURES
Mini-Movies:
Norman Television
Weenie
Mower Minions
All About The Pets – Kevin Hart and Eric Stonestreet, with the help of animal trainer Molly Mignon O’Neill take you on an educational journey to learn more about your average and not-so average, household pets.
Animals Can Talk: Meet The Actors – The comedy superstars who give voice to the film’s menagerie of characters talk about their roles and the process of bringing them to life.
Hairstylist To The Dogs – Inspired by “Hairspray Live!,” Eric Stonestreet, with the help of a professional dog groomer Jess Rona, will take you through the basic steps to help your pups look as awesome as possible when they’re hanging out with their pet pals.
The Best Of Snowball – A rapid-fire, fun and oddly musical mash-up of all the best Snowball one-liners
Hot Dog Sing-Along – Join Max and Duke as they perform for their dinner in the sausage factory. This straightforward sing along is fun for the whole family to enjoy.
Sing Trailer
“Lovely Day” Lyric Video
The Humans that Brought You Pets – Producers Chris Meledandri and Janet Healy, directors Chris Renaud and Yarrow Cheney, and writer Brian Lynch discuss what went into creating The Secret Life of Pet’s compelling characters and non-stop action.
GoPro®: The Secret Life of Pets
The Making of the Mini-Movies – A fun and interesting take on the Making of the Mini-Movies – we’ll explore the themes of each of the mini-movies through the eyes of the artists who made them.