I have a confession.

I’m horrible at keeping up with baby books.

I honestly think William is the ONLY one who has words/phrases actually written in his. Alex was born 12 months after William, so believe me – the last thing I had on my mind was chronicling everything. I cannot even begin to tell you how much guilt this non-baby-book thing has caused me throughout the years.

Even my Victoria – I did buy one. I did. I just never filled it out. I hate using the excuse of time and being busy raising the kids, but it’s true. I’d be lying to you if I said it hasn’t bothered me throughout the many years. My mom did such an amazing job keeping up with mine, that I wanted that very gift for my kids, too. I just never did it.

I’ve always felt that my blog is a great legacy for them to have. I’ve written about them on it for years, so it’s not as if events and memories aren’t somewhere for them. It’s always been my “saving grace” or my “maybe they won’t hate me” crutch.

But then – the other night – something really cool happened. I was searching on my YouTube channel for a video for a Disney post I had due. I found an oldie from 2011 that was so cute and so hilarious! The boys ran over because they heard themselves and saw me laughing… it was their very first trip to Disney for William, Alex and Ben… and I had it all caught on a video that I made for them.

After that video, we watched one of Ben when he was 3 years old pouting.
Then one when Alex was 4 years old when I interviewed him and he just wanted to be addressed as “Indiana!” (He was obsessed with Indiana Jones at the time).
Then one of William pretending he was a Storm Trooper.
Then one of Henry taking his first bite.
And then Victoria’s 1st step. 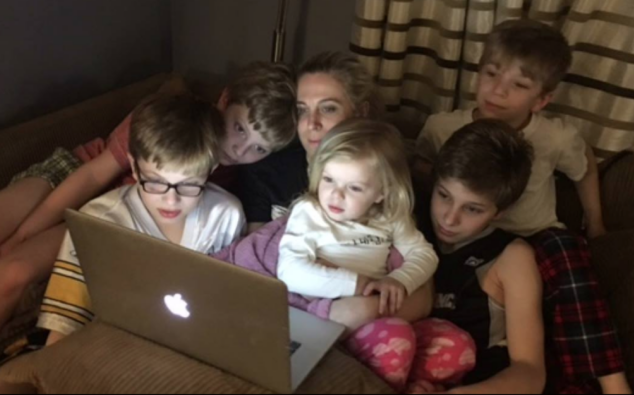 All these memories, captured on YouTube. All these events and random things in life, caught for them forever. We sat watching videos for over an hour! We were laughing and giggling and cracking jokes at each other. It was – perfect.

You know the one above because I’ve failed horribly at the Baby Books.

They may not have a book to hold onto someday, but they will have over 4000 videos to look back at and smile.

I have a confession to make… was last modified: March 10th, 2016 by admin
SHOWHIDE Comments (0)