We have officially hit cold season in the McClelland household.

First Victoria.
Then Daddy.
Then Alex.
Then me.
Now Henry.

Sneezing, coughing and just feeling all-over yucky isn’t fun, especially during this time of year with all the holiday-fun going on around us!

My son Henry will just cough and sneeze without covering his nose or his mouth! It grosses me out because I feel like I can honestly just see the germs moving from kid to kid in our house! Never mind what it’s like in school for him! You try to teach your kids to cough and sneeze into their elbows, (just like the Centers For Disease Control recommends) but it’s not always easy and it’s sometimes gross!

I’m beyond excited to introduce you to a genius idea… The Sneeze. 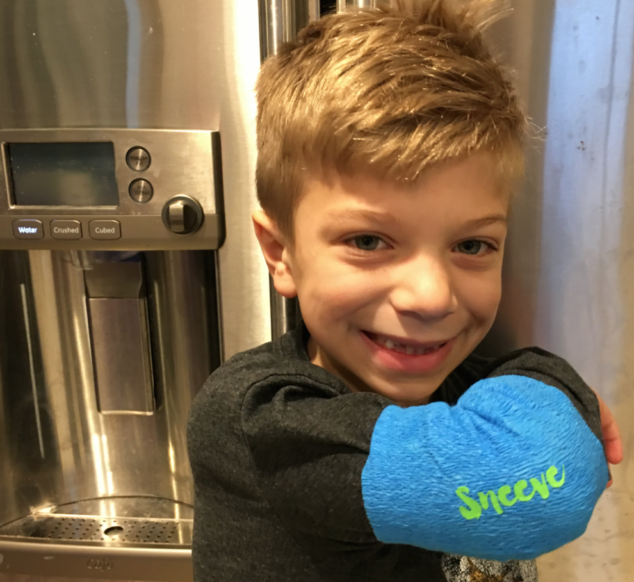 The Sneeve is an absorbent, disposable little sleeve that your child can pop right over his/her clothing and it literally that catches the yucky stuff. The Sneeze Keeps the germs from spreading and prevents clothing from becoming a landing pad. 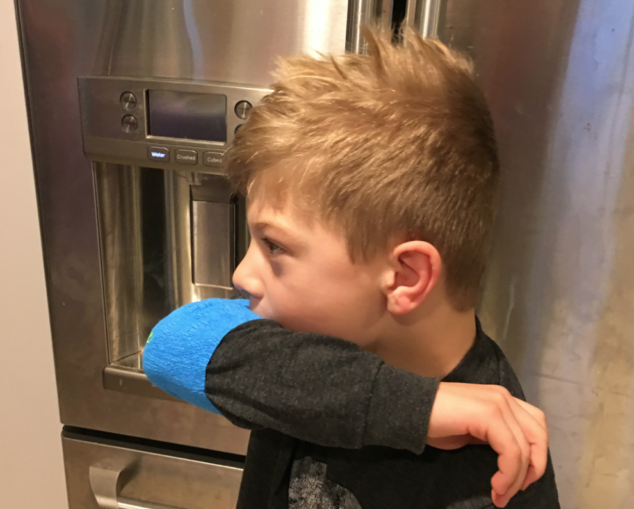 It’s slightly stretchy, soft, comfortable and safe, with an antimicrobial that kills 99.9% of viruses and bacteria on contact. It truly is a must have in your home during cold season for your kids. Slip an arm through one end, with The Sneeve logo on the outside. Pull up on a bare arm or over a light sweater, shirt, sweatshirt or pajama top to where The Sneeve logo is at the elbow, on the outside. The Sneeve will fit most kids 3-8. If it’s a bit too snug (it shouldn’t be really tight), stretch out the sides a bit.

Also, important to note – The Sneeve is treated with an EPA approved, safe, non-toxic formulation of silver and citric acid that kills 99.9% of germs and bacteria.

Where can you find The Sneeve?

Available at TheSneeve.com and will be available in chain drug stores and other retailers early next year. Price is $6.99 for a box of 7.