Are you ready for my photo gem of the week?

There really isn’t a need for words on this one. 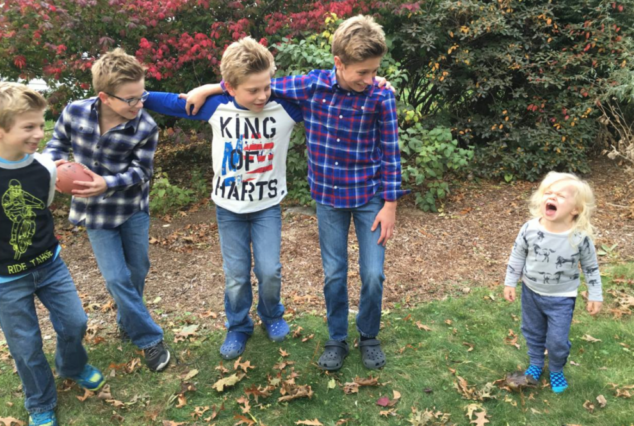 Backstory:
I was taking photos with the boys for the clothing I was reviewing for King of Harts. Victoria wanted to be in the photo, but I told the boys – let me just take a couple of just you and then we’ll add her in. She didn’t like that the boys said “not yet, Sissy!” She started screaming, “I be in photo.” Oh, man. I happened to catch this beautiful (and real) moment.

Gem of the week #DailyPhoto #WordlessWednesday was last modified: October 28th, 2015 by admin