Whenever we’re in D.C., we always head to the WW II Memorial. I went for the first time back in 2004 when I was pregnant with my oldest son William. I took a photo in front of the New York (we were living in NYC) statue in the WW II Memorial. Every time we’ve visited, it’s been a tradition to take a photo in front of the state where “my babies” we’re born. My NYC babies and my Rhody ones!!

It was extra special this year because we got Victoria in the RI one! 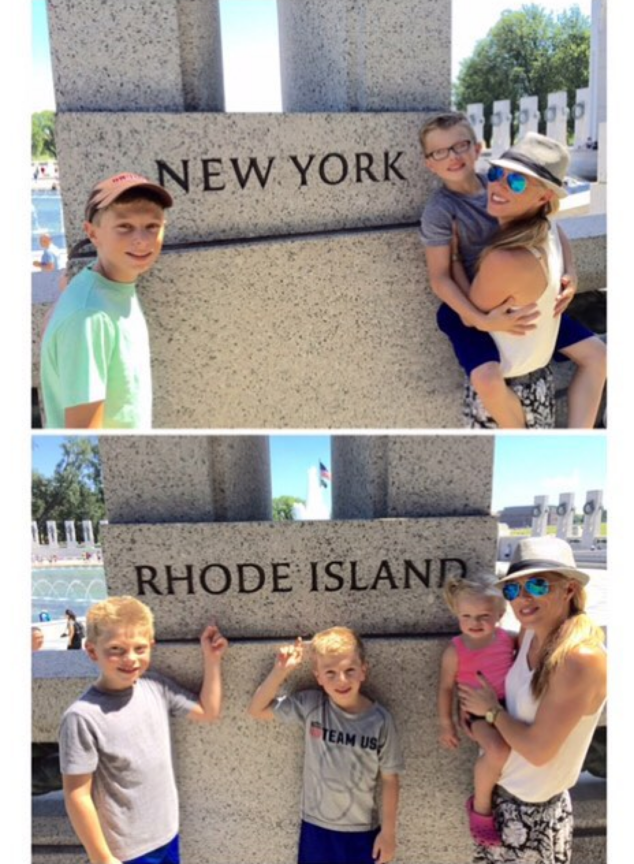 Memory Lane with my Boys was last modified: August 8th, 2015 by Audrey McClelland