I’m BEYOND EXCITED TO SHARE THE – STAR WARS: THE FORCE AWAKENS Comic-Con Reel!

At the end of the Hall H presentation, the entire Hall H audience of more than 6,000 fans were all invited to continue the celebration and join cast and filmmakers at a surprise Star Wars Fan Concert. The San Diego Symphony performed the classic Star Wars music from John Williams at the Embarcadero Marina Park South. 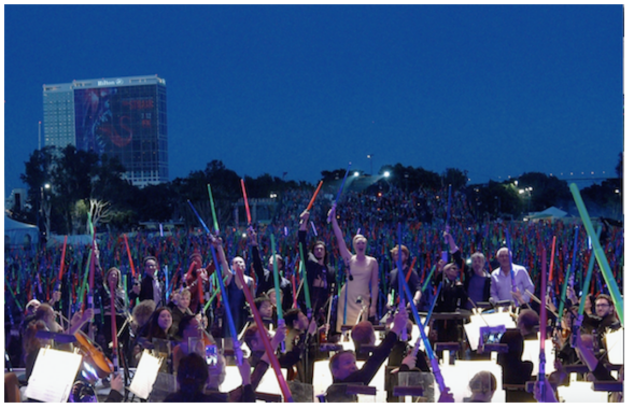