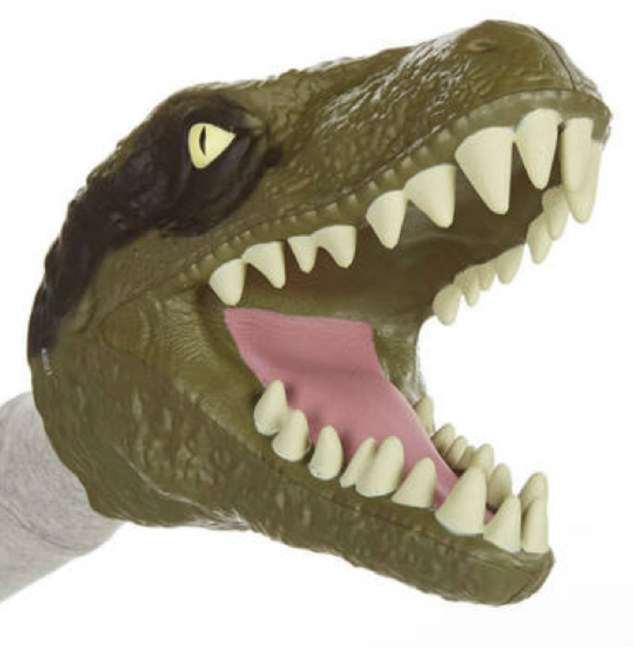 Check out this awesome one that my sons think is the coolest thing every — as you can tell!

I’m telling you right now – my sons couldn’t get enough. I mean – COULDN’T GET ENOUGH! They were out of this world excited about it and thrilled to see how cool is was! If you have kids who love dinos, you want to make sure you get them something like this! Jurassic World is REALLY stepping up to the plate here with their toys!

Buy it Chomping Velociraptor Head Toy over on amazon. and see all the other Jurassic World Dinosaur Toys!!