Did you know that in America there are 16 million children struggling with hunger?

Believe it or not, that’s the population of Los Angeles, New York City, Philadelphia and Chicago combined.

Hunger’s youngest victims are often invisible in the United States, but the reality is, hunger in America has no boundaries – rural, urban and suburban – and with 1 in 5 children unaware where their next meal is coming from, one of these children could be your own neighbor or even your
child’s best friend.

It’s just crazy to think that it could be the kids next door or the kids right in your child’s class. You just don’t know.

To help shed light on this issue and be a part of the solution, Unilever Project Sunlight is seeking help to rally people across the country to “Share A Meal to Help Turn the Tables on Child Hunger in America.”

Unilever Project Sunlight is looking for everyone to get involved and uncover the reasons they want to share a meal.

On October 13th Unilever Project Sunlight premiered an original documentary, titled Going to Bed Hungry: The Changing Face of Child Hunger, which reveals the power and the promise of a shared meal for families across America. It’s powerful.

The simple act of sharing a meal can have an impact on the fight against child hunger. 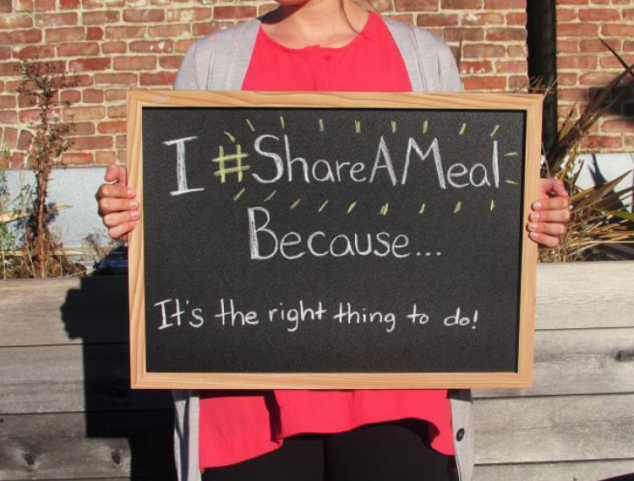 I strongly suggest you to learn more about how to get involved by going to www.ProjectSunlight.us.

I share a meal because nobody should go to bed hungry.