After my husband’s surgery 3 years ago, he developed a hernia within the first 4 months. He did too much too soon. The hernia turned into – what looked like a small ball – over the last 3 years. I could tell it had to be uncomfortable for my husband. His clothes didn’t fit right. He couldn’t workout. Physically, I felt like it had to bother him quite a bit, but he never complained about it. It just sort of became part of him.

Then last November during one of his routine cat scans, they noticed a small fuzzy spot. They weren’t sure if it was just scar tissue or something else, so they monitored it every 3 months. This summer he was introduced to a surgeon that he just loved while at Dana Farber. She told him she could fix his hernia and while she was in there, take a peek at the spot and biopsy it.

He decided to go ahead and get it done.

Everything took place on Thursday.

To say I was nervous is an understatement. I was so worried about him having surgery. Last time he had surgery, it was an emergency and just a true fast-forward-holy-moly experience. I guess you can say it scarred and scared me a bit. My husband is my life. He is my everything. I hate seeing him with a head cold, so in a hospital getting prepped for surgery, it worried me.

The good news, everything went well during surgery.

It went as seamless as it was supposed to be and as we could have hoped. She fixed Matt’s hernia. She told me it was HUGE and that she couldn’t believe he lived with it for as long as he did. She also was able to take the 2 small masses out that we’ve been monitoring for the last year. I’m extremely happy that they’re out. Now we wait for the pathology report. I’m praying they look good and that it’s nothing to worry about, that’s my prayer, my wish and my hope. Good news is she said everything looked clean in there, so I was happy to hear that news.

I just want to thank everyone for the prayers and positive thoughts.

Matt did awesome and he’s recovering at home and in about 4-6 weeks, he can start doing some “normal” things again – like picking up Victoria. 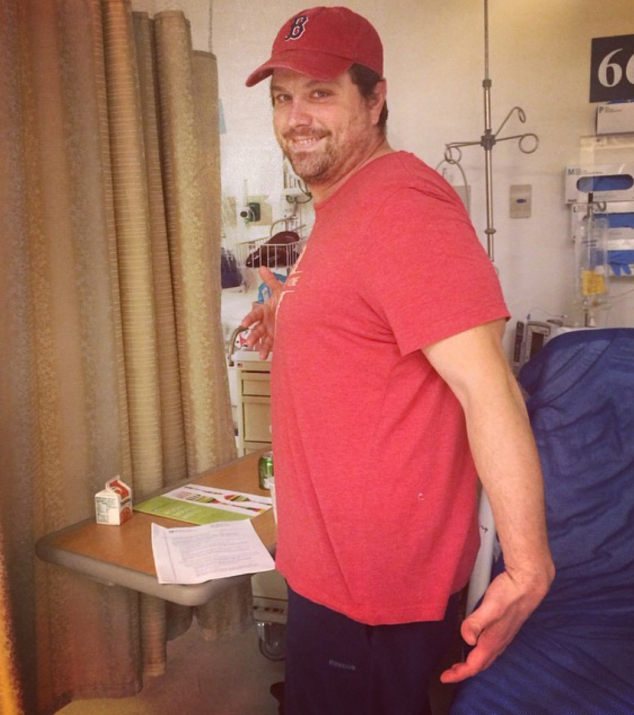 He knows that he can’t push himself this time around or he will be right back where he was throughout the last 2 years with another huge hernia! We don’t want that for him.

I just wanted to update everyone!!

Thank you all again, I appreciate the love and messages.