Someday I want my sons and my daughter to know this story by heart.

It’s always that question that will pop up at sometime from someone… “How did you meet?”

Today just seemed appropriate to share on my blog because it was 17 years ago today.

I woke up extra early 17 years ago to head to class. I wanted to grab a cup of coffee and just sit on the main green and enjoy the peace and quiet of campus. It was around 8:15AM when I finally got to the Blue Room (small cafe in the post office), grabbed a cup of coffee and started reading the Brown Daily Herald. Since it was such a beautiful day, I thought I’d read it outside on the steps leading up to the Blue Room, which is right on the main green.

About 20 minutes after settling in, the bells began to ring that morning classes were being dismissed.

That’s when I saw him coming my way. Matt McClelland. 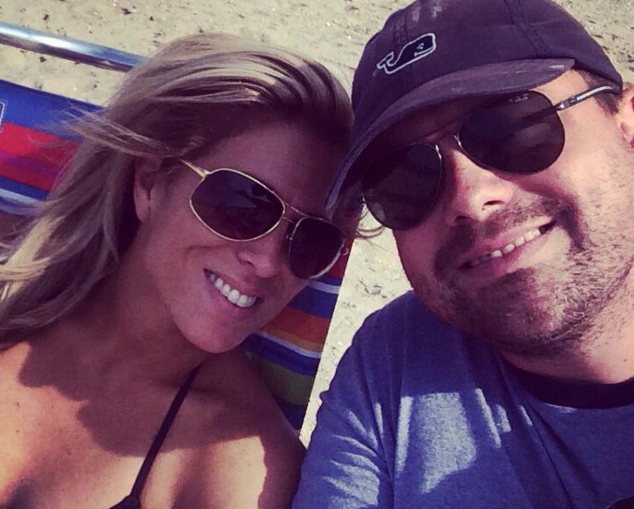 OK, I had heard of him and knew of him, but I had never talked to him or gotten to know him at all.

But we both did. And… as I like to say, the rest is history.

He came over and we just started small talking. Since Halloween was only a few days away, he asked me what I was going to dress up as for Halloween. I told him I wasn’t sure yet, but that I was going to the mall that night to find a costume with 2 of my girlfriends. He asked if he could come along because he needed a costume for a Halloween party he was hosting on the 31st.

Inside my heart was racing!!

From that night on, we were inseparable.

Or… as I like to think, the universe was working in a magical way that day.

And for the record, I later found out that the Halloween party he was hosting was a party he thought up on the fly, just so he could assure that he’d see me again.

The Beginning of a Happily-Ever-After… was last modified: October 28th, 2014 by Audrey McClelland
SHOWHIDE Comments (2)

The Beginning of a Happily-Ever-After… was last modified: October 28th, 2014 by Audrey McClelland