Are you ready for Back-to-School time!?

Believe it or not, my sons CANNOT WAIT! They are excited to see their friends and have recess again! Hey, they’re young!

I love seeing some of my favorite brands and companies making Back-to-School time ever more fun and exciting for kids! 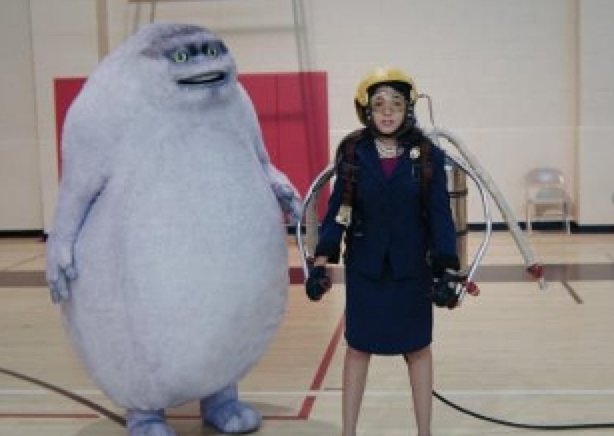 Old Navy has an exclusive back-to-school anthem and corresponding music video to entertain and engage their youngest shoppers! Old Navy worked with Tony-nominated songwriters Benji Pasek & Justin Paul (A Christmas Story, The Musical; James and the Giant Peach, The Musical; and NBC’s Smash) to create a song that captures the combination of butterflies and hopefulness that accompany the first day of school. Starring new talent Isabella Baldi, the video depicts her first day back at school through a musical journey that juxtaposes her dreams and self-doubt. The single titled “Unlimited,” just released yesterday, encourages kids to reach for their dreams and unlimited potential.

The song “Unlimited” celebrates both the excitement and the nervousness and apprehensions that go along with Back-to-School time. Throughout the video, Isabella is heckled by a fantastical creature called “Womp Womp,” created by Hollywood’s Legacy Effects (Iron Man, Captain America, The Muppets). He personifies her fears and anxieties: will she make friends, will she succeed in her schoolwork, will she be a good athlete, etc. Every time Isabella gains confidence and dreams big about her future, the Womp Womp cuts her down with a negative interjection (literally making you think womp womp). From winning a science award with friends and teachers cheering her on, becoming a chef with a cookbook in the school cafeteria and even becoming the President of the United States, Isabella’s dreams symbolize the potential of this generation. In the final scene, Isabella meets another friend on her bus ride home, and the power of friendship helps her to leave the Womp Womp’s negativity behind.

To support young people and their dreams, the proceeds from iTunes downloads of the song will benefit Old Navy’s ongoing programming with Boys & Girls Club of America.