Interesting Facts about the 4th of July 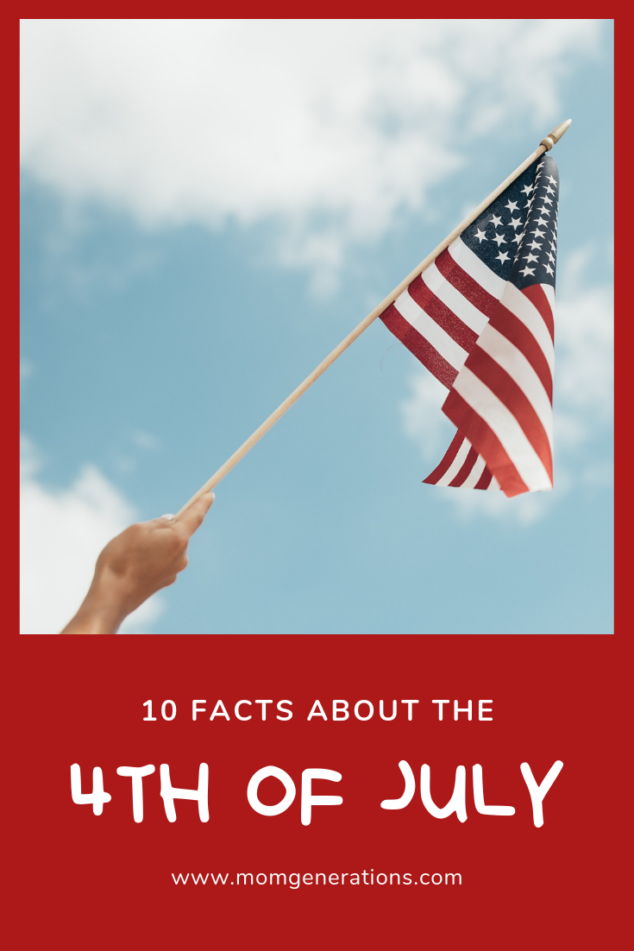 “What is so important about the 4th of July?”

I actually love that they are interested in the 4th of July. I know that they know we go to my parents house and have a huge celebration, but I wasn’t sure what else they took from the 4th of July – other than the fact that we wear red, white and blue.

Interesting Facts about the 4th of July 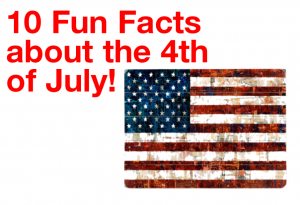 I looked online today and found 10 Interesting Facts about the 4th of July to share with my sons. I wanted to find facts that were fun and important. I know my older 2 sons who are 8 and 9 will really soak up some 4th of July trivia, so I’m excited to share!!

Here goes… these are in NO particular order! Just fun ones to share with you!

1. Bristol, Rhode Island has the oldest, continuously running 4th of July parade and celebration dating back to 1785! This is where we will spend the 4th! They literally paint the street red, white and blue!

2. John Hancock was the only person to actually sign the Declaration of Independence on July 4, 1776. – SheKnows.com

4. July Fourth is the “biggest hot dog holiday of the year,” according to TIME magazine, with Americans reportedly consuming about 155 million of them on Independence Day alone. – Found on Huffington Post

5. Independence Day honors the birthday of the United States. Putting it nice and simple for my younger guys!

6. The first public Fourth of July event at the White House occurred in 1804.- Found on Kids Konnect

7. Two of the biggest firework shows take place in Washington, D.C., on the National Mall, and in New York City, on the East River. – Found on Time.com

8. The initial date the resolution of independence was approved in a closed session of Congress was July 2, 1776. – Found on InterviewAngel.com

10. To avoid cracking it, the Liberty Bell has not been rung since 1846. To mark the quintessential day, every fourth of July it is symbolically tapped 13 times. – Found on the PioneerWoman.com

Interesting Facts about the 4th of July was last modified: May 7th, 2019 by Audrey McClelland
SHOWHIDE Comments (0)

Interesting Facts about the 4th of July was last modified: May 7th, 2019 by Audrey McClelland