One year ago today my period was over a week late and I was getting frustrated. Brian and I were hoping to start a family soon, so I had recently downloaded an app on my phone to start tracking my cycle and pinpointing my most fertile days. But I couldn’t do any of that until I got my period.

It happened to be my dad’s birthday, so that day I was at lunch with a bunch of my family members and I mentioned my late period to my sister-in-law, Nicole. “Maybe you’re pregnant?” she suggested. But I was sure I wasn’t. My period had always been irregular, and I knew it was just another case of it coming late. Plus, I had already taken a pregnancy test a few days earlier.

After we finished lunch I was getting ready to head to an appointment with my hair stylist/friend, Leah. Nicole told me to just stop on the way and get a pregnancy test. I thought, why not? We took a family photo and I headed right to CVS. 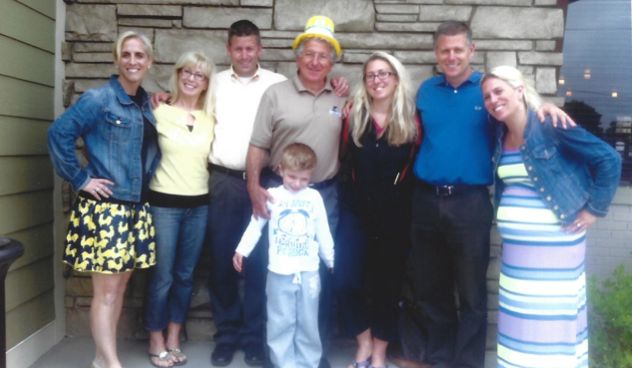 When I got to the salon for my hair appointment I went right to the bathroom with the pregnancy test. I remember seeing the word “Pregnant” pop up, and just staring at the test in disbelief. I was 32 years old. I had taken my fair share of pregnancy tests. But this… seeing a positive pregnancy test… this was new! 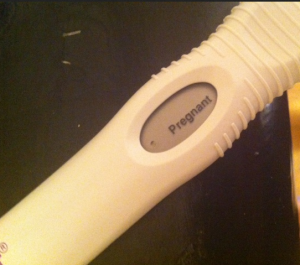 I considered waiting until I got home to tell Brian in some dramatic and fun fashion, but I am just too impatient. I had to tell him right away. So I texted him a photo of the positive pregnancy test and waited for him to call me. And waited. After a few minutes I gave in and called him, and asked if he had gotten my text. Turns out he was in a bad cell area, so it hadn’t gone through yet. So I blurted out, “I just took a pregnancy test and it’s positive!”

After that, I called my mom, my sister, my brothers and my sisters-in-law. And I told Leah, because I just had to tell someone in person! She knew I couldn’t wait to start a family, so she was so happy for me.

Since it was my Dad’s birthday, I figured I’d wait until dinner that night to give him the “gift” of the news. I bought a birthday card that said Grandpa on it, which I knew wouldn’t throw him off too much because I always give him Grandpa cards from my dogs. But inside this card, I wrote: “I can’t wait to meet you, Grandpa! Love, Baby Govednik”

When he realized what the card meant, he was shocked and so excited. It was a great birthday gift to give him!

I consider one year ago today to be the beginning of my journey into motherhood. Though I wouldn’t meet Brian Jr. in person for another eight months, on June 11 of last year I truly began preparing my body – both physically and mentally – to be the best it could be for the little human growing inside of me.

Today is not only the the birthday of my amazing dad; it is the we’re-going-to-be-parents anniversary for me and Brian. What a special day! 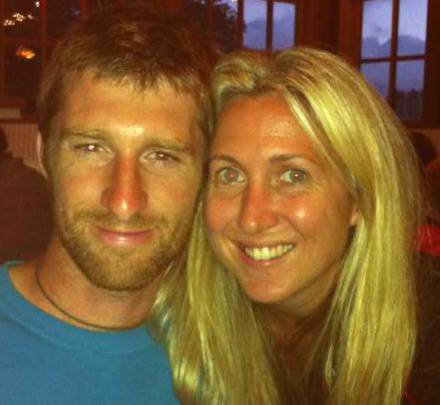 One Year Ago Today I Found Out I Was Pregnant! was last modified: June 11th, 2014 by Jane Couto Govednik
SHOWHIDE Comments (6)

One Year Ago Today I Found Out I Was Pregnant! was last modified: June 11th, 2014 by Jane Couto Govednik