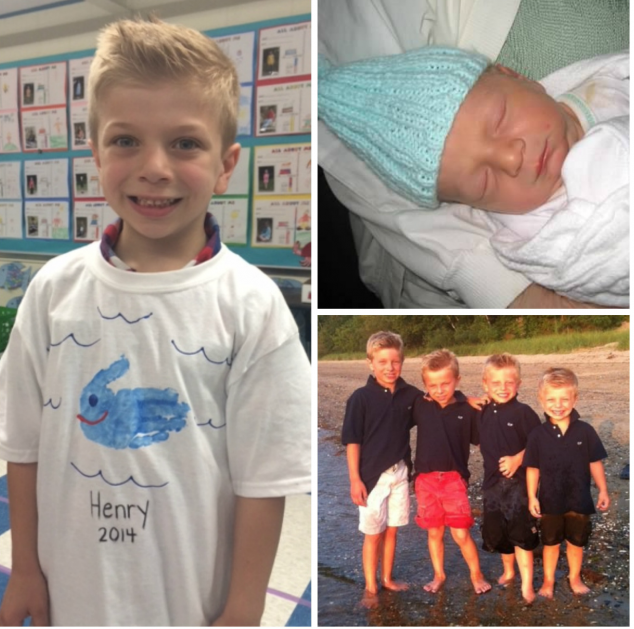 How did 6 years fly by in a flash? I simply can’t believe it.

My Henry is my 4th baby, my 4th son. When Henry was born, I felt such completion, such joy, such happiness. When I found out I was expecting a boy on my 4th time around, I couldn’t believe it! 4 boys! I was ecstatic! 4 boys all a year apart from each other. What a gift. What a joy for each of them.

As Henry has gotten older, I have seen such a personality emerge. He’s such a great little kid. He’s funny. He’s kind. He’s caring. He’s sweet. He’s curious. He’s smart. He’s just a great kid. It’s not easy being the 4th boy… and Henry does it effortlessly. He loves his brothers more than anything in the world and he just adores his baby sister like she’s a queen.

I’m very blessed to have my Henry. He’s my little gift.

With every birthday, it’s a tradition on our family to make them a birthday video. This year… as soon as Henry came downstairs, the first thing he asked for was his birthday video. I have to admit, it’s become my favorite birthday part, too!